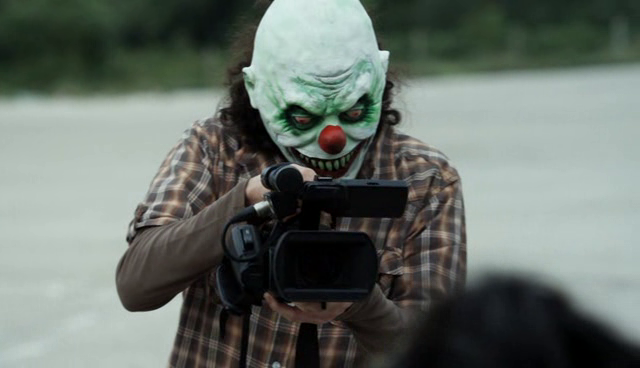 Let’s take a trip down memory lane. It was the year 2000 and I had just celebrated my fourteenth birthday. I was an awkward nerd starting my Freshman year of High School and thanks to the crippling amount of stress that comes with being a socially awkward dork in a High School filled with jocks and preps, often found myself unable to sleep at night. In my quest to find something worth watching on TV at that hour, I stumbled across a ton of awful television. Letterman and Leno were both garbage, I hadn’t yet developed my love for basketball, so the the late night West Coast basketball games meant nothing to me and the only syndicated drama at the time was that awful “VIP” show with Pam Anderson. While you would think a show that was basically a vehicle for Pam Anderson’s cleavage was designed for insomnia-ridden teenage boys, my favorite late night television show was something completely different. When I couldn’t sleep, I’d venture on over to MTV, because there was a pretty decent chance that “Fear” would be on.

The premise of “Fear” was pretty straight-forward. Take a group of your typical MTV Spring-Breakers and lock them in an abandoned, “haunted” prison, hospital or hotel and film them as they completed various tasks which tested their bravado. While the premise of the show was almost always guaranteed to disappoint as these teens would obviously never encounter a ghost, the show was fairly entertaining. It was pretty enjoyable watching these people absolutely flip out as they had to sit in a decommissioned electric chair while MTV producers banged on pipes a few rooms over and some of the hand-held camera work of these unlit, decrepit and abandoned structures were legitimately pretty creepy. Of course, there was the awful theme song done by Godsmack, but we can overlook that. The next film in After Dark’s Original series, “The Task”, wears it’s inspiration on it’s sleeve. For the most part, this film is a lost episode of “Fear”, bookended by a horror film. Problem is, unlike “Fear”, there’s absolutely nothing enjoyable about watching it.

The problem with “The Task” is glaringly obvious almost immediately, the characters are generic caricatures of your typical reality show contestants and horror film tropes that are completely incapable of inspiring any feelings or emotions within the viewer. Whereas “Fear” succeeded by being an intensely intimate show, getting you up close and (sometimes quite literally) right in the face of a real person experiencing true, abject fear, the characters here are simply incapable of acting out the most basic emotions, yet alone something as primal and real as true terror. From the moment you’re introduced to them, you type them and mentally draw out their whole “character arc” in your head, which keeps you from ever getting anything out of them in the moment. You’ve got your borderline offensive, sorta homophobically portrayed flamboyantly gay dude who will probably die after the stoic, token black guy but before the the know-it-all, sassy Asian girl who will be survived by the final girl and possibly her love interest, who might die in an attempt to spare her life or might not, but you won’t care because he’s kind of a douche-bag and you don’t really like him. Take the human element out of it, and this formula is a dud.

The other glaring problem is that the cinematography simply fails to instill that same sense of unease that the original show did. What made “Fear” work was the limited perspective the cameras allowed the viewer. Either we were seeing a POV shot from the person being followed, or were seeing the “Blair Witch Project” style head-on shot. Either way, we were never able to get a full sense of the surroundings and had blind spots. Given that the camera was being plunged into a legitimately creepy, old building in the pitch dark, the effect was actually pretty tense and un-nerving. Here? We get a leftover set from one of the later “Saw” sequels and an omniscient camera that foreshadows and highlights every little jump scare in the film. The end result is a generic straight-to-DVD horror film that looks and feels exactly like every other straight-to-DVD horror film.

And of course, sense this is a straight-to-DVD horror film made in a year that starts with the number two, there has to be the twist ending. It doesn’t matter if the film really even needs a twist (it doesn’t), but of course, it just has to be there. In principle, I tend to hate twist endings unless it’s really clever or comes as a legitimate surprise. This one does neither. It’s pretty telegraphed, so it doesn’t really come as a shock. Even more annoying is that there’s almost immediately another twist, which puts the film back where it was before the first one occurred. While I suppose a double-twist ending can work (“The Last Exorcism”), it’s especially stupid here as the second twist negates the first. Why not just have a coherent story instead of a dumb fake-out that kills what little tension this film can build over the course of an hour and twenty minutes?

“The Task” is an all-around forgettable film. It doesn’t do anything right, yet alone well, and is eclipsed even by other flawed films. Something like “Session 9”, while still having problems of it’s own, makes up for those deficiencies by absolutely nailing the feel and vibe that this film was going for. In a world where Netflix’s streaming selection is becoming increasingly crowded with these straight-to-DVD horror releases, it does absolutely nothing to separate itself from the crowd or earn even the most tenuous of recommendations. The filmmakers should have taken a lesson from VH1 when they came up with their own blatant ripoff of “Fear”, “The Celebrity Paranormal Project” and thrown Gary Busey in this. I’d watch that. No Busey though? No dice.