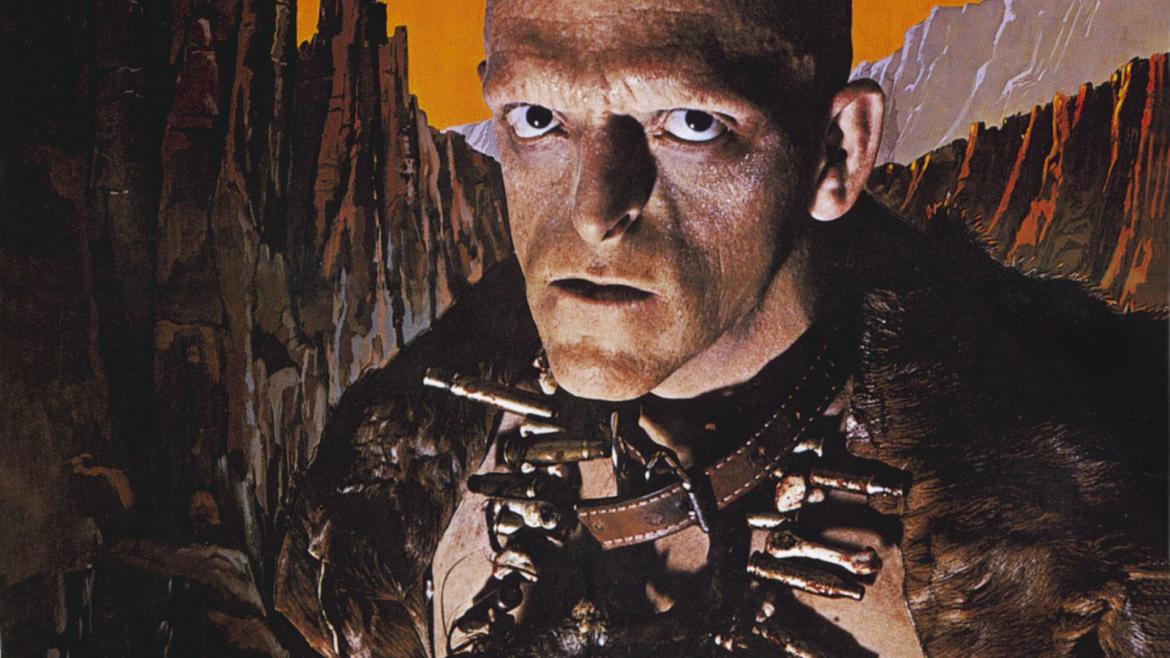 The Hills Have Eyes (Movie Review)

The original “The Hills Have Eyes” is a film enshrined in the upper most tier of the cult movie pantheon. It’s a fascinating slice of cinema in that it embodies so much of what makes American movies and in particular American “genre” movies what they are, what they were and what they can be. The film’s brutal narrative punch is still palpable today and it works wonderfully as a companion piece to Wes Craven’s earlier film “The Last House on the Left”, teasing out and further exploring innate, instinctual violence and its relationship to the family and self. And it certainly doesn’t hurt the film is a part of those glory days of 70’s American horror that so many filmmakers today say were their inspiration. (Unfortunately this inspiration has descended into parody and an effort to technically emulate the “looks” of these films rather than pulling out particular themes. *Steps off soapbox*). If, as so many horror scholars have pointed out, early American horror cinema was about the foreigner, 50s and 60s horror was about the Atomic Age, then 70’s horror was horror from within us.

The Carter family from Cleveland heads out with their trusty station wagon and Winnebago on a road trip to Los Angeles. Along the way, Big Bob, the family patriarch and former police detective, decides to take a detour to an abandoned silver mine despite being warned by a grizzly, old gas station attendant named Fred (if only this character was never drunk or looked like he was suffering from scurvy so many horror movies would never have happened!). Bob makes his way through the rough terrain all the while screaming at his family to be quite and making the occasional racist slur. The station wagon breaks an axel and the family is stranded in the desert of Southwestern nowhere. Bob and Doug, Bob’s son-in-law, head out hoping to find help.

But being stuck in the desert isn’t the worst of their troubles, of course. We hear voices from off screen sources, looking down from the surrounding hills. Ethel and Lynne, mother and daughter, overhear breathing on the CB. The younger sister, Brenda, feels some unseen force watching them and brother Bobby finds the mangled carcass of one of the family’s German shepherds. Once Bob makes his way back to our grizzly prognosticator of doom, he learns that roaming the back road hills is a clan of cannibalistic, maniac hill-folk. Luckily he gets this information out before he is violently dispatched by the leader of the Clan, Papa Jupiter. The Carter’s are in for a very rough 24 hours.

The film could have easily been a suspenseful siege flick, leaving the protagonist/antagonist lines distinct. But what makes “The Hills Have Eyes” so wonderfully unique is Craven’s ability to draw comparisons between the Clan and the Carters while also providing the Clan with their own set of motivations and psychologies. When we are introduced to the Carters, the family completely interrupts the flow of the film in progress. As the film opens, we watch as Fred and Ruby, the youngest member of the Clan, talk about the desperate nature of their living situations. Fred’s gas station is all out of supplies and the only reminder of the outside world is the million dollar aircraft flying overhead burning through hundreds of gallons of fuel daily. Ruby states that the family is starving, now that no travelers come through the hills. Then, the Carters arrive, Big Bob aggressively demands service while Bobby does cartwheels in the dirt and Brenda chases him. Fred approaches the station wagon only to be violently barked out by the two dogs. When asked where they are heading, the family states they are going to Los Angeles to see the glamorous life of movie stars. Craven sets up the economic disparity here between the two groups in just a few short moments. Not only do the Carters see Fred as nothing more than a means to their ends but they also speak of a vacation predicated upon their access to media and leisure time all the while pulling a literal spare home through the desert. Later in the film, Papa Jupiter converses with one of the family members’ corpses, deriding it. “Stick your life in my face?! Stick your fingers in my pie?!”

The violence in the film is also wonderfully executed, never about the action in and of itself but what the action signifies to us about the Clan and the Carters. During the Clan’s initial attack, Doug and Lynne’s baby is kidnapped and many of the Carters are killed or traumatized. It’s a grotesque and unsettling experience designed to get you to empathize with the Carters’ desire for retribution. However, when this retribution comes, Craven underlines its effects on the Clan as a unit. Just prior to the death of one of the Clan members, the others reminisce about how he always makes them laugh. When they inflict violence on the Clan, the Carter’s shriek and scream, uncontrollably flaying their bodies. The final act of violence by Doug is, in fact, what ends the film. Craven holds a close-up on his face as he thrusts a knife into a Clan member. Ruby is seen watching in horror, crying her brother’s name. The frame freezes on Doug’s manic face as the film fades to red. Certainly, Craven isn’t trying to say the two families are the same, he knows they are not, but what we see is the capacity of the Carters to puncture that thin veil that separates them from the Clan.

“The Hills Have Eyes” is a truly exemplary piece of 70s American cinema. Coming a few years after the U.S. had pulled out of Vietnam, we can see this film as the anti-Rambo, anti-Vietnam action film. Rather than replaying the war and “winning”, Craven makes stark the infantile desire for revenge and the empathetic need for retribution.