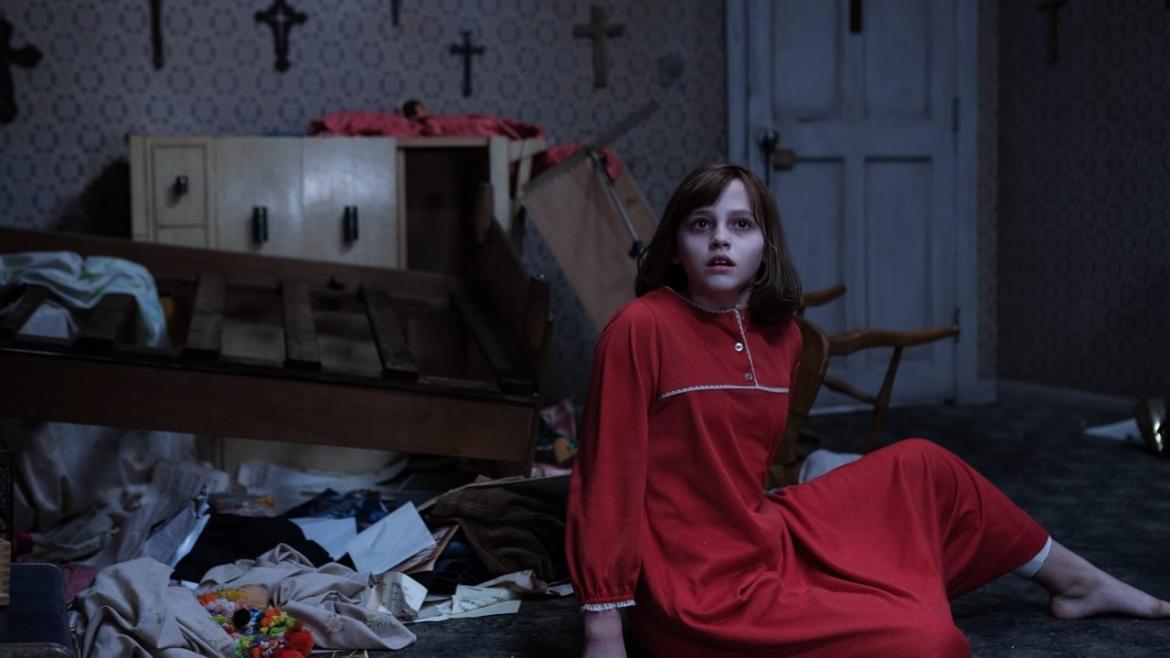 There are two things that will be very clear as the credits roll on the satisfying horror sequel The Conjuring 2. The first is that Patrick Wilson can grow a mean pair of sideburns. As good as Wilson’s facial hair game is; it’s trumped by director James Wan’s jump scare game. Three years after he delivered the armrest-clenching one-two punch of The Conjuring and Insidious: Chapter 2, Wan returns to the horror directorial chair and proves that, when it comes to building and executing supernatural scares, he still wears the crown.

The first Conjuring film opened huge with the Annabelle sequence and then spent the rest of its runtime struggling to top it. The second Conjuring also shows no fear at going big early, delving in to the most famous case ever covered by paranormal investigators and cute-as-a-button couple Ed and Lorraine Warren (Wilson and Vera Farmiga): the Amityville horror. The visit is brief, mostly a tip-of-the-cap to the case. It doesn’t hit the levels reached by part one’s Annabelle segment; however there are reverberations from it that influence the rest of this story.

The main investigation here centers on the Hodgson family, a single mom and her four kids, who are being terrorized by, at least, the spirit of an elderly man who died in their Enfield, England home. When things escalate to the point of children levitating and speaking in spooky-voices, the Warrens are summoned.

Aside from a late twist, much of what goes on in The Conjuring 2 can be found in other cinematic ghost stories. The thing that sets it apart and makes it so efficiently chilling is Wan. The man has an otherworldly knack for toying with the emotions of viewers. He deftly misdirects attention and draws out tension until he springs his trap. A pair of sequences stand out: Lorraine’s ill-advised catnap at her home and a terror-filled sick day for the youngest Hodgson daughter.

Wan also knows a ghost movie needs at least one signature specter and he throws a pair of them at audiences. In addition to the spooky old man, there’s a vicious-looking nun who may or may not be a hangover from the couple’s stay in Amityville. There is also a third apparition, but he gets limited screen time. His appearance, while cool in the right light, does otherwise give off vibes of iffy CGI.

In front of the camera, Wilson is more than just a pair of sideburns. He is the movie’s principle but still sparsely used comedic relief and, along with Farmiga, is asked to serve as its heart. Some of the more tender moments in The Conjuring 2 don’t hit, and the multiple screenwriters rush the film towards a too-easy climax. However, Wilson and Farmiga are solid enough at what they do to keep things on the rails.

The Conjuring as a franchise is still chasing the opening segment of part one, but it’s not for lack of effort. The Conjuring 2 is a worthy follow-up. It's highlighted by another masterful effort from Wan and a ghostly duo waiting to lurk in the darkest corners of viewers’ bedrooms.