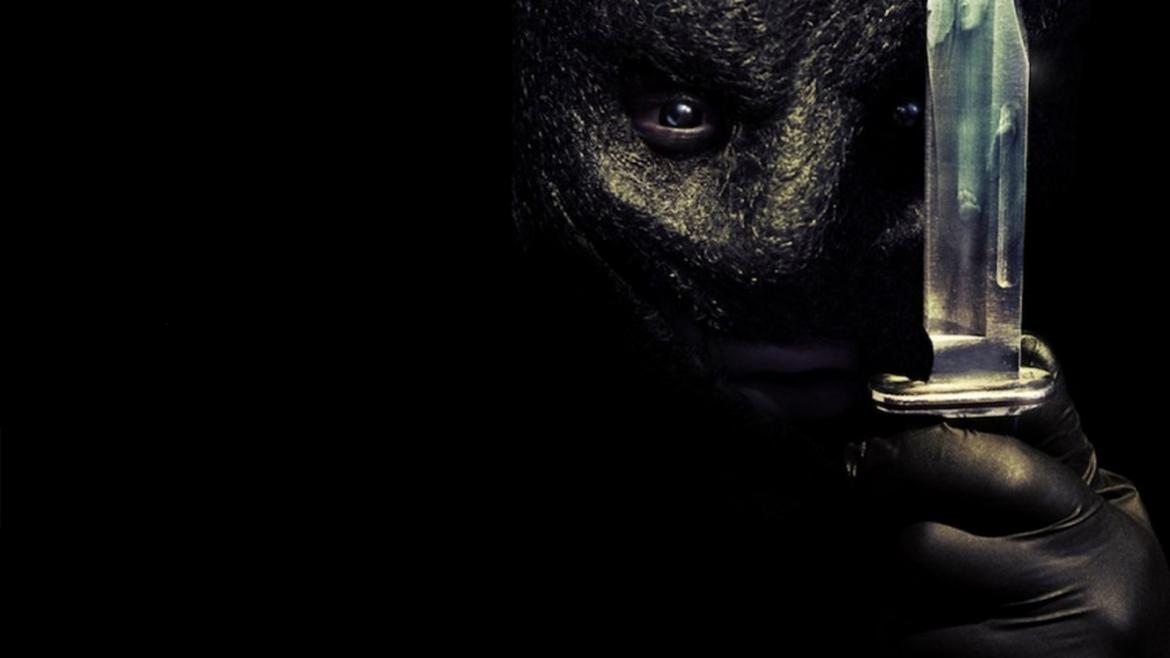 Having now helmed his second feature film -- the previous being "The Collector" -- the time has come to weigh in on one Marcus Dunstan, Director. The verdict is not looking good. Consider if you will, "The Collection."

As a sequel to Dunstan's first directorial effort, the aforementioned "Collector," this new film walks the tried and true path of "if it sort of worked the first time around, then surely it will work if we make it bigger." The film's titular killer -- a collector of bodies -- has graduated from small-time home invasions to full-bore mass murders with traps so elaborate even Jigsaw would get jealous. While it's never clear that she was the intended target of collection, a teenage daddy's girl named Elena (Emma Fitzpatrick) gets captured at a rave turned bloodbath.

The Collector's biggest problem: Elena's daddy is a rich and dedicated old-man, who has the means and connections to send in a private SWAT team of mercenaries. The film connects to its predecessor through Arkin (Josh Stewart), a petty thief turned collection member who manages to escape. He's corralled by the SWAT team so as to lend his expertise with the killer's lair.

What Dunstan manages to extrapolate from that premise is a film that crosses "Resident Evil" with "Saw II." Centered on the killer's booby-trapped lair but featuring a heavily-armed hit squad, "The Collection" staggers through a nether realm with too much gore to be tolerated by fringe horror fans and too many gunfight sequences for any tension to breathe.

Dunstan, having penned three "Feast" films and the final four "Saw" films, is no stranger to gore. In some ways, "The Collector" and its spawn "The Collection" feel like an honest attempt to move beyond the tongue-in-cheek post-gorno world of either "Feast" or "Saw," but in trying to create an original character that could scare future generations of horror fans Dunstan instead created a faceless and un-relatable menace. Unlike his masked-killer brethren, The Collector is not a terrifying slaughter-machine who stalks and slashes. He's more of a petulant nerd who builds elaborate booby traps, and then turns to a machine gun when they fail. Dunstan and writing partner Patrick Melton may have thought they were slyly crafting a new killer but instead were lazily ripping off the Jigsaw mythos they guided for four films.

Measured against the horror output of 2012, "The Collection" feels woefully out of place. As a film considered out of context, it fares even worse. Poor acting, poor direction and mess of a screenplay make "The Collection" watchable only in the case of emergency. The upside is that unlike Jigsaw, Dunstan and Melton likely won't have the chance to bring their Collector to big screens for five more sequels.