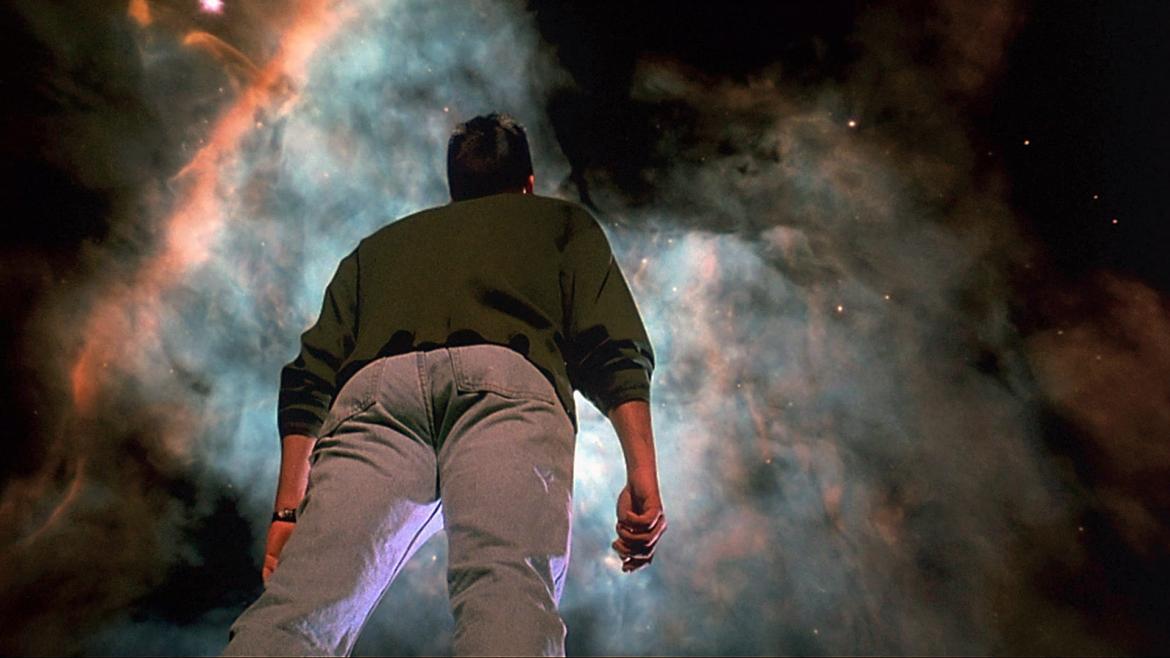 By Chris Vander Kaay and Kathleen Fernandez-Vander Kaay on October 14th, 2014
Though the film arena has expanded tremendously in the last decade, one of the unfortunate results of that massive expansion is the near disappearance of a certain type of science-fiction and horror film: the B+ movie.  With a larger budget than the average amateur movie but definitely lacking the polish and eye candy of the big-budget summer tentpoles, the B+ movie was the place where auteurs and clever screenwriters were able to sneak their messages out to the public.  Those movies are few and far between now, and a film like The Arrival is a great example of what we’re missing.
Starring Charlie Sheen in the short period of his life between movie star drug addiction and television star drug addiction, with direction and scripting by David Twohy, The Arrival is a clever paranoid thriller wrapped in the very “basic cable” style premise of an alien invasion.  The film follows the struggles of an astronomer whose accidental discovery of a series of communication transmissions between Earth and a distant planet puts him in the crosshairs of multiple government agencies with seemingly no one he can trust.
Twohy, known to horror and sci-fi fans as the creator of the Riddick films, the World War 2 submarine movie Below, and the underrated A Perfect Getaway, does an excellent job of setting up the obvious clichés so that he can knowingly back away from them and keep the audience guessing until the end.  The direction from Twohy (in only his second film) is effective in its use of practical locations (the satellite array in the finale is evocative) and its Hitchcockian use of extended tension (the sequence with the scorpions loose in the darkened hotel room is a master class in low-budget thrills).
The supporting cast, which includes two West Wing cast members (Richard Schiff and Ron Silver) and actress Lindsay Crouse (known for her work in David Mamet films like House of Games and The Verdict), are all excellent, and the visual effects mostly still hold up (although the reveal of the aliens in their full glory, including the weird backward-bending knees, is a little wonky).  With a clever script that welcomes filmgoers to start guessing so that it can pull the rug from underneath you, The Arrival is a fun reminder of a day when small budgets didn’t mean small ideas, and filmmakers like David Twohy and Kurt Wimmer were allowed to make audacious films on a small (but not too small) scale.