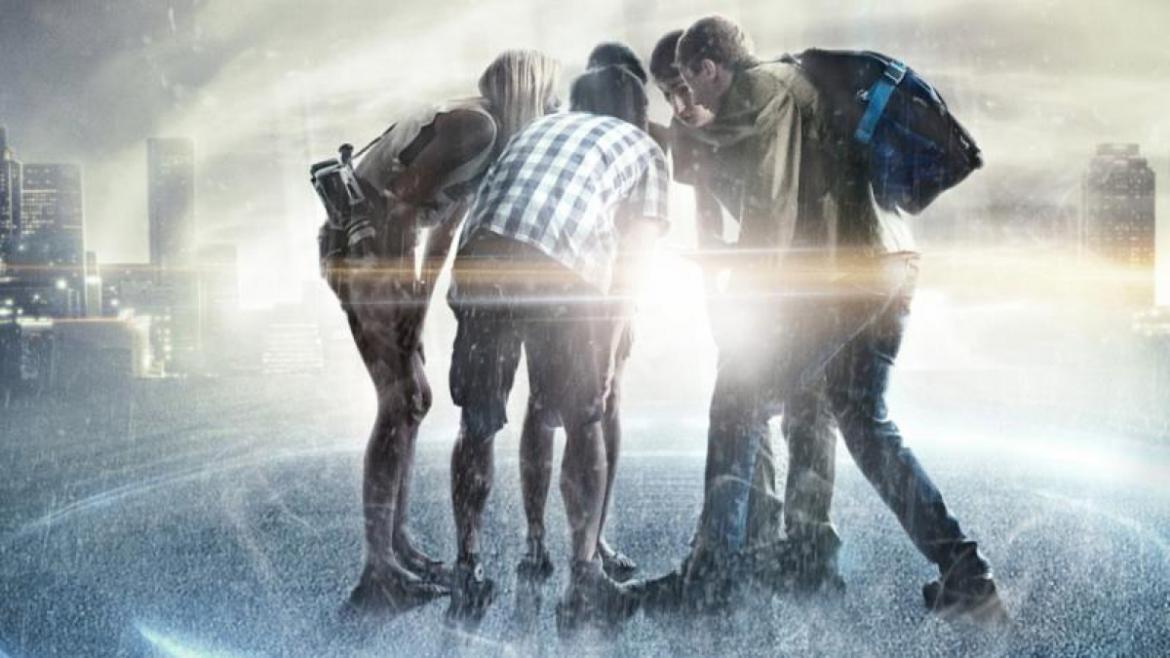 Buried amongst the popularity of American Sniper, Project Almanac slipped into theaters almost unnoticed and didn’t do very well at the box office. The found footage, time travel, thriller is simple at its core and should appeal favorably to horror and genre fans due to its simplicity and gut punch twists. Though not without myriad problems, it features plenty to be curious about.

David Raskin (Jonny Westin) is a 17 year old MIT applicant with a variety of engineering projects and gadgets that he works on constantly. His sister Christina (Virginia Gardner), and two best friends Adam (Allen Evangelista) and Quinn (Sam Lerner) are his consistent partners in crime with his inventions and projects. Adam and Quinn are also tech savvy and help push David with his scientific endeavors, while Christina is the one behind the camera filming everything at David’s request. After being accepted to MIT, but without a scholarship, David discovers a device in his deceased father’s old workshop that turns out to be the basis for a time machine. David’s high school crush Jesse (Sofia Black D’Elia) joins the crew when her car is used to power the eventual time machine, and the quintet begins to jump backwards in time in larger and larger increments all while following a small set of rules. Once one of those rules is broken though, things may not be the same.

Time travel movies generally follow a formula: person(s) finds or constructs time machine, person(s) goes forward or backward in time on incredible adventure, person(s) realize their time travel is causing massive disturbance of reality, person(s) struggle to fix the timeline and restore order either successfully or not. This structure is very much on display in Project Almanac but the sequence of events really shines in the construction of the time machine, and the unraveling of the world towards its conclusion. A surprising amount of time is devoted to the construction, experimentation, and final realization of the time machine. The group is consistently working throughout the film’s beginnings at perfecting the time machine, carefully using different methods to power the machine, make it more compact and portable, and even figuring out the right amount of time to safely go back but positively affect their lives. Certain early red herrings are presented that don’t pay off unfortunately, but they aren’t the heart of the story either.

The real fault of Project Almanac lies in its rushed third act. It makes some fun and interesting choices towards the end that keep you guessing on resolution and curious as to how the past and present will overlap. But everything feels exponentially rushed. Multiple trips back and forth through the timeline cause some confusion about what’s happening, both for the characters and the audience, but also help create a sense of chaos around the world. Once particular choice places one lead character in a video game style situation where they need to reload on fuel whilst being chased by police. This is all fascinating, but again doesn’t go deep enough on the wildness. Project Almanac plays it too safe just when things are starting to get really crazy, and it suffers from that in its final resolution.

Most critics will argue that Project Almanac is derivative and doesn’t add anything especially interesting or new to the Sci-Fi time travel tapestry. Those same critics would be correct and validated, but they’ve also missed out on a fun and interesting ride. The humor is far too juvenile in parts, think a far tamer Project X, but the characters ARE juveniles and legitimate look like it mostly. This all build up to a fun and engaging experience that may ultimately be forgettable, but still enjoyable while it lasts.