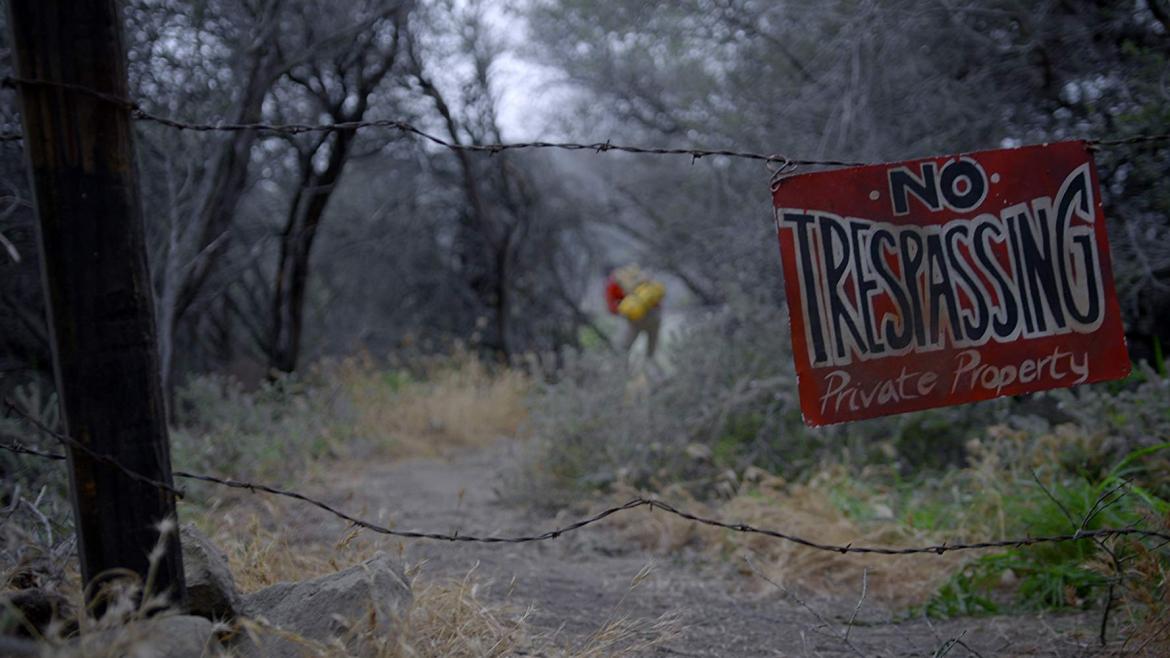 It’s hard to deny that we’re living in an era of sequels and reboots. While the number of familiar properties releasing new titles feels like it might be down from a few years ago, you don’t have to look very hard through the upcoming releases in just about any genre to find some recognizable names. From “live-action” remakes of Disney classics, to the endless list of Insidious movies, there can sometimes be a really cynical and calculating vibe to these releases. When it comes to horror staples, the apprehension about what new hands might do with a classic is usually warranted.

After the 2009 release of a new Friday the 13th sequel left fans feeling dissatisfied, it’s no wonder that news of a fan-made sequel created a good deal of buzz. Eventually titled Never Hike Alone, the film was created by a group of friends and funded by devoted backers on Kickstarter. Production began in 2016, but their original funding was only able to get them part of the way. When they started a new Kickstarter campaign to finish the movie, they set a goal of $13,000 and raised almost $19,000.

According to the film’s Kickstarter page, Never Hike Alone is, “The story of...man vs nature in the most extreme way. Taking inspiration from films such as The Descent, 127 Hours, and The Martian, this film takes the fear of extreme isolation and shines it through a lens of the Friday the 13th universe.” The film follows an outdoor blogger and social media personality named Kyle Mcleod, who stumbles upon the ruins of Camp Crystal Lake while he’s out on a solo hike. He’s heard the legends, but he doesn’t believe them...until he comes face to face with Jason.

As the film’s creators have stated, Never Hike Alone is a Friday the 13th movie, but it has moved away from the traditional slasher format that we’re used to. There isn’t a sprawling cast of forgettables lining up to be slaughtered. Kyle’s struggle to survive his encounter with Jason feels fundamentally different than anything we’ve seen from this franchise. There are clever nods to the original films and their tropes, with the best one being the reference to gratuitous nudity in the original Friday the 13th films. While exploring the grounds, Kyle finds an old Playboy which he opens to the centerfold and giggles at, but the audience never sees it. As a female horror fan, I couldn't have devised a better way to pay homage in such an awesome way.

Perhaps one of the movie’s greatest strengths comes from its form. This movie could have easily been a pure found footage movie, presenting the world solely from the perspective of the GoPro Kyle uses to share his excursions with his followers. What Never Hike Alone does differently is something that we don’t often see. It seamlessly blends elements of found-footage with traditional third-person camera work. In doing this, the film escapes the ever-present question of “Why are they still filming?”. But it also allows the audience to see things that our protagonist doesn’t. I saw this movie at a film festival immediately after having seen a found-footage movie that was definitely hampered by its commitment to the form. I absolutely loved the blended techniques in Never Hike Alone and hope that we see more of it as filmmakers move away from stale found footage tropes.

Never Hike Alone is a delight to watch. Streaming for free on YouTube and with just under an hour run time, it moves along at a comfortable clip and definitely leaves you wanting more. According to the film’s director, the story for a sequel is already written and the film’s stars are on board, but the budget needed for such a film would exceed the legally allowable limit for a fan film. This would require Womp Stomp productions to acquire the hotly disputed rights. Who knows if that will ever happen, but I for one would sure watch a sequel if it does.