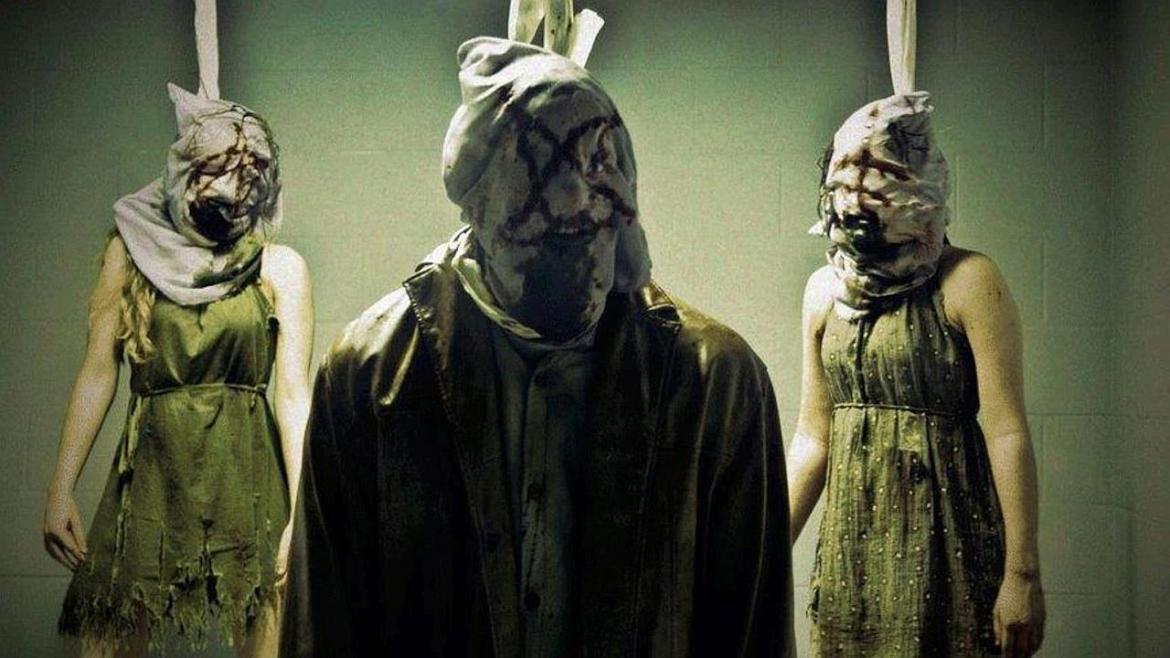 By Jayson on November 17th, 2015
Last Shift is a 2014 ghost movie/supernatural thriller by Anthony DiBlasi that recently recieved a stateside release. This film has drawn comparisons to Assault on Precinct 13, though in reality the films are radically different, aside from the set up.
Like Carpenter’s film this one starts off with a police officer. This one is named Jessica Loren and is played by The Walking Dead’s Juliana Harkavy who we learn immediately is starting her first night on the job.  Like Ethan Bishop in Precinct her first assignment is to stand watch at a closed police station during the final transition period. After that, this is a completely different movie as this quickly evolves into a supernatural thriller with none of the exploitative mayhem of Carpenter’s film. This has its own strengths, and we are treated to them very quickly. In a shrewd move, DiBlasi gets us right into the setting of the film and alone with our main character. This allows the tension to build as she begins to get mysterious phone calls for help from a young girl.
There is some fantastic camera work and atmosphere at play here with slow lingering shots of empty hallways and space that let us feel the vastness of the empty building, and nail biting creepiness of the locale. I was also really surprised to find Harkavy does a pretty solid job in this movie. The film is placed completely on her shoulders and she is left to be our sole guide through the events that unfold over the nigh. Most of the dialogue occurs on the telephone so the emotional core of this film is in her hands which she handles deftly.
In a film like this, the temptation must be strong to cram in a bunch of jump scares. However, there is remarkable restraint at play by the director. This leaves the viewer without the break of tension that comes after the scare. Instead we are left to sit with it in our bellies, allowing it to grow gradually and become palpable. This is a difficult feat to accomplish, as the tendency is to fear that the audience will become bored and lose interest. This line is rarely walked successfully and usually only achieved with the best of these sort of films like 2001’s Session 9. Last Shift hits those rare beats but unfortunately, once we move into the final act all the restraint soon wans and I found myself bogged down by its attempt to do too much with a flurry of hit and miss scares and an ending that didn’t hit home the way that it should.
This is a single location horror with the bulk of the screen time being given to a single person. As a result there isn’t too much room for exposition. Instead of leaning on the strength of that premise the film makers have shoe horned in characters to cram information down our throats. Don’t get me wrong, in my real life I’d love to meet an enigmatic hooker who has an almost encyclopedic knowledge of the history of serial murders, but in a film that’s spent so much time getting us invested in the mood and creepiness of the surroundings it just feels disjointed and out of place. This is all in an effort to feed the audience information that just overcomplicates the plot. It’s a shame because with more subtlety this could have been an instant classic.
All in all, this is a haunted house movie with all its trappings. If you like that sort of thing and you’re looking for something that’s tension filled with some deft camera work you would be hard pressed to find something that fits the bill better than Last Shift.