I Trapped the Devil (Movie Review) 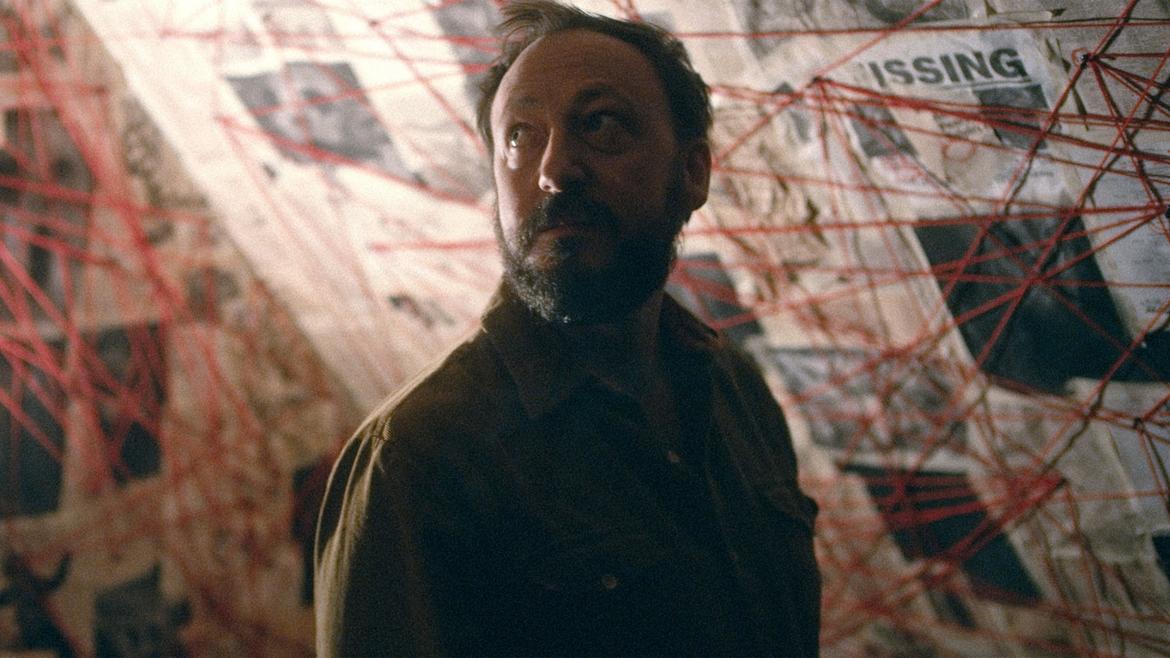 I like the idea of retroactively creating a series of movies utilizing the "I [BLANK] the Devil" title scheme; like a loosely connected cinematic universe. Maybe something similar to the Cloverfield movies. I Trapped the Devil is of course a much different beast to I Saw the Devil, but if they were to be linked as a concept the universe feels much darker and full of interesting, sinister ideas. Josh Lobo's feature debut particularly feels like a bottled Twilight Zone pitch that skirts the surface of intriguing themes without ever fully exploring them with an inquisitive eye.

When Matt (AJ Bowen) and his wife Karen (Susan Burke) show up unannounced to celebrate the holidays at the home of Matt's brother, Steve (Scott Poythress), family history and tension prove to make the reunion a tad uneasy. With things already going poorly Steve decides to share with Matt and Karen a secret that he's trapped a man in his basement that he has it on good faith is in fact the physical manifestation of the devil. Tensions continue to rise as the moral implications of not taking action weigh on Matt and Karen while the risk of further fragmenting their already shakey sibling relationship pulls at Matt's alliances. Has Steve truly and miraculously sectioned off the devil and his evil whims in the shambles of his family home or has he become a mentally ill threat to everyone in the house?

I Trapped the Devil is all about mood, utilizing interiors to build dread and leaning on its script to set the stage for the final act. Lobo intriguingly explores the concept of evil for the greater good, while also balancing a tug-of-war of the moral grey area. As a viewer the film’s essential question, "Is the man in the basement really the devil?", is never as strained as Matt and Karen's belief. The man, voiced by Chris Sullivan (This is Us), is always obscured by a door and the darkness behind it. However, when he is not begging to be let out so he can return to his family, he lobbs taunts at the person on the other side with ominous, sometimes overtly evil musings complete with a chilling laugh. We can never be sure if this is merely a manifestation of the doubt within the protagonists or what their captor is actually saying.

The film is at its best when tiptoeing around the is he or isn't he nature of the deep voice echoing in the shadows. I Trapped the Devil wants desperately to make the viewers care about the family drama outside of the central premise, but it's not as fleshed out or as deep as one might wish to really buy into it. Instead, it's the various justifications given by Steve which presents a troubling moral quandary, but even that only goes so far before the actual content brings into question if this is fit for a full length feature. Only in the end is there a chilling crescendo which will leave the audience with a bit of cold, creeping up their spine.

I Trapped the Devil mines enough fresh content from a road worn concept to warrant a watch. Josh Lobo shows promise as a writer while the budget seems to limit his options in the way of a revelatory visual style in his direction. In the end, a solid cast punctuated by the film's darkly intriguing premise provide a passable "the Devil made me do it" slice of entertainment.

Poltergeist II: The Other Side