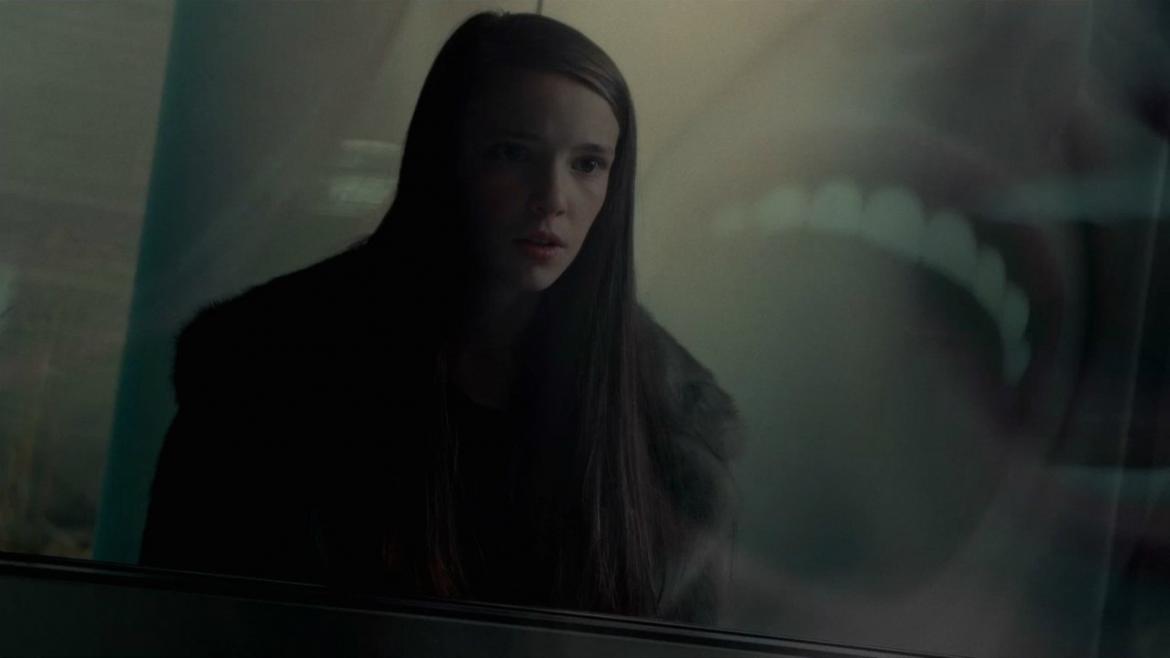 If there was ever any question as to whether the old adage less is more was still applicable, #Horror has taken any doubt and incinerated it. This film is so stuffed with baffling dialogue, insane characters, perplexing ideas, and a mind boggling cacophony of themes and emotions that it is impossible to pull a coherent thread and follow it to a logical conclusion.

#Horror is the story of a group of 12 year old girls who come together to generally treat each other like crap, brag about it on social media, and then perpetuate a series of events that ultimately leads to murder. This sounds like a simple premise and even one with some promise if it could be handled with skill, restraint and subtlety. However, none of those things even threaten to enter in a single frame of this movie. This is a film which signals the use of social media with an insane, neon, optical vomit candy crush style digital counter that can best be described as a graphic assault on the retina. No subtlely is not the word I would use to describe #Horror.

Instead of a coherent razor sharp wit, this is a movie which employs a manic level pendulum of mood swings ranging from somber, to bizarre satire, and teenage melodrama seemingly at will and often times awkwardly shifting within the same scene.  Instead of an intelligible style and wit, this is a motion picture where the director turns the camera in a spiral as we move down staircases for no apparent reason, grotesque artwork breaths on its own to demonstrate insanity and characters speak their emotions out loud and sometimes not even in a tone of voice to match the intended emotion. This is the visual equivalent of having a relationship with an emotionally unstable person.

That’s not to say that it has no redeeming qualities. This is a film where Timothy Hutton (playing Dr. Timothy White the plastic surgeon) shrieks nearly every piece of dialogue he utters as if the director is literally making him say his lines at gun point. It is a scenery obliterating sight to behold, and the type of outrageous performance that almost makes this film worth seeing.

Alas, even the insanity of this film cannot save it. This is the director Tara Subkoff’s directorial debut and it shows. #Horror is unfocused, uneven, and flat out unwatchable.