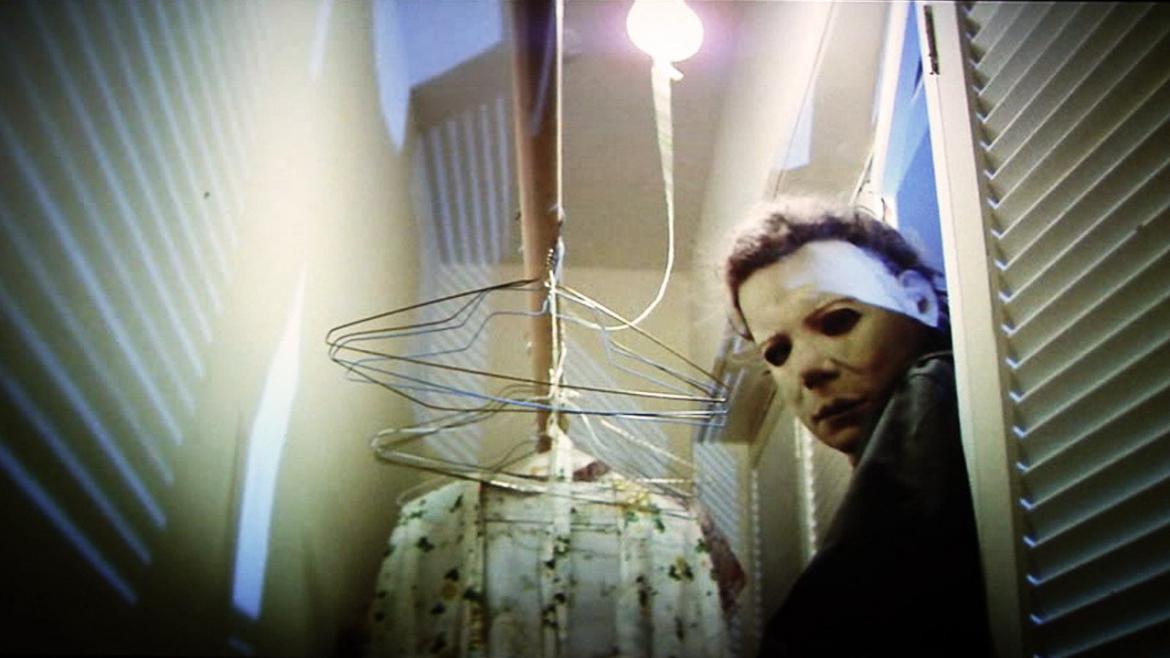 Where does one begin when the film to be reviewed is John Carpenter's Halloween? Those who haven't seen the film will no doubt be able to recognize aspects that have been directly referenced over and over in films like Scream, The Guest, and most recently, It Follows. But, after viewing Halloween, it is hard not to notice the subtler ripples of John Carpenter’s influence not only on the slasher genre as a whole, but on film in general.

Originally to be titled The Babysitter Murders, the movie is concerned with the story of one Halloween night in small-town America where the boogeyman turns out to be real. Michael Meyers, the inhuman killing machine, returns to his hometown of Haddonfield, IL and begins knocking off teenagers after escaping from a mental hospital. The film opens with a different Halloween night, this one fifteen years earlier. The camera—in a beautiful, long-take, POV shot which is certainly one of the most iconic in horror film history—glides slowly towards a house and around to a side window, through which a teenage couple can be seen making out on the couch. The two decide to move their party upstairs, and the camera slinks further along the side of the house before soundlessly entering through the back door, grabbing a large butcher’s knife from a drawer. Once the boyfriend has vacated the building the killer creeps up the stairs, taking the audience with him, and murders the teenage girl, but not before she can gasp, “Michael!?” The camera sweeps down the stairs and out of the house and, for the first time, the camera pulls away, no longer looking through the eyes of the killer, but at him, and we see Michael; a six-year-old boy in his costume, holding a bloody knife.

A decade and a half later, it’s Halloween again, and the only reminders of that night left in Haddonfield are the decrepit abandoned old house and the stories of the boogeyman that the local children use to scare each other. The inhabitants of the sleepy town have no idea that Michael Meyers has escaped or that they, in the words of their sheriff, are lined up for slaughter. Michael becomes obsessed with Laurie Strode (Jamie Lee Curtis) and spends the rest of the film stalking her and killing her friends, as his psychiatrist, Dr. Sam Loomis (Donald Pleasance), tries his best to stop the monster.

Despite a distinct lack of resources, Halloween was able to achieve great return on investment. With an operating budget of $300,000 the film grossed more than $47,000,000 in the domestic box office alone, making it one of the most successful independent films of all time. The production team scrambled to cut corners in every way possible, but you would never know it by watching the film. Carpenter’s evocative direction and technique build suspense effortlessly from the word go. Unlike other films of the same time period that spend much of the first two thirds of the film with little or no signs of the killer, Carpenter has Michael haunting Laurie almost as soon as we meet her; creating scenes in just the first act that are sure to raise the hair on your arms.

The syncopated score, likewise, starts at eleven in the opening credit sequence and remains there for most of the movie. Carpenter’s distinctive style feels completely timeless, despite the reliance on synthesizer placing it squarely within the time that it was created. In fact, the theme that is introduced once Laurie finally meets Michael face to face while looking for her friends is a much slower and more menacing track that slows to meet the pace of our killer, without losing any of the tension that the earlier music produced.

Halloween also deserves credit for essentially revitalizing the idea of the “scream queen” and introducing the world to one of the most famous of our time. Jamie Lee Curtis, daughter of Janet Leigh (Psycho), had a few small roles before joining the cast, but it was Halloween that launched her career both inside and outside of horror. Not only that, but Carol Clover, author of “Men, Women, and Chainsaws” credits Halloween with creating the trope of the Final Girl as we know it today. Of course, The Texas Chainsaw Massacre (released four years earlier) also ended with the survival of a female protagonist, but Sally’s escape had been entirely predicated on luck, and a man driving by at just the right time to save her. Laurie, conversely, fought Michael off again and again. While Dr. Loomis may have come to her aid in the end, Laurie would never have lived long enough for that had she not been such a bad ass. After the release of Halloween, passive Final Girls were no longer seen as adequate, we wanted our heroines not just to scream and run but to fight back.

It's pretty hard to overstate the importance of this Halloween within the history of horror. It spawned a trove a sequels of varying success, as well as a of couple abysmal remakes, and forever changed the slasher genre. Plus, it introduced us to how horrifying a William Shatner mask can be.

Body Count: Five (plus one dog)

Wounds sustained by Michael: Knitting needle to the neck, wire hanger to the face, knife to the eye, shot six times, fall from a second story balcony