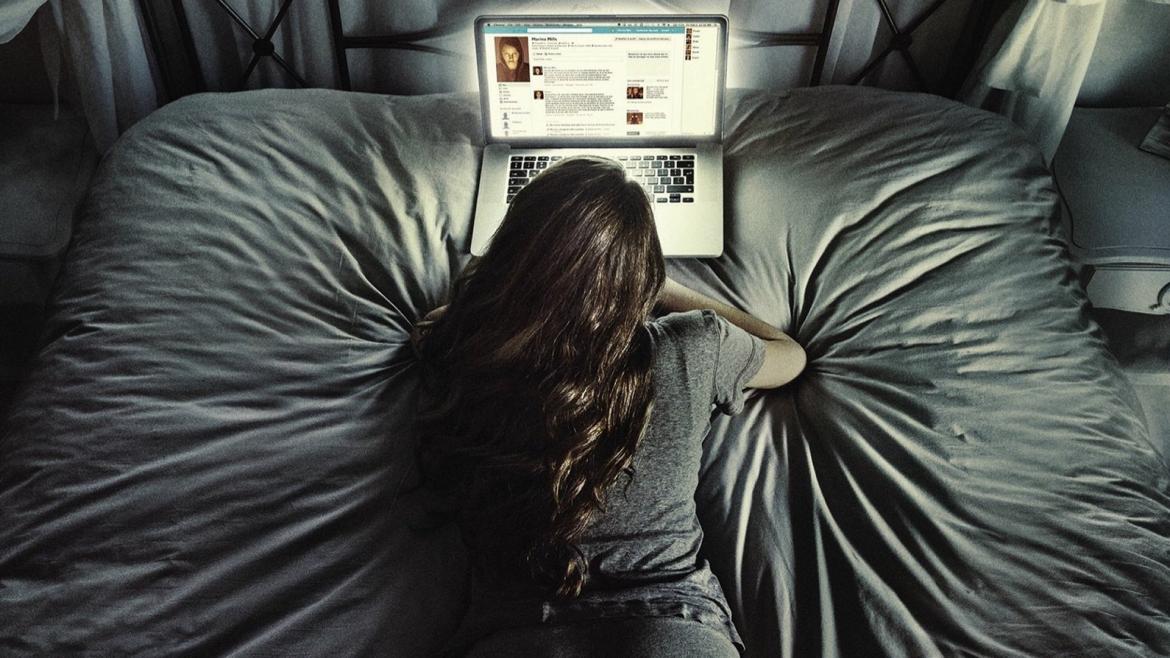 Let's compare the IMDb plot synopses for the 2014 film Unfriended and 2017's Friend Request. In Unfriended, “A group of online chat room friends find themselves haunted by a mysterious, supernatural force using the account of their dead friend.” Friend Request’s totally original and completely different plot concerns itself with, “A popular college student [who] graciously accepts a social outcast's online friend request, but soon finds herself fighting a demonic presence that wants to make her lonely by killing her closest friends.” You see, not the same at all.

Apart from its wholly unique plot (and not at all confusingly similar title) Friend Request's media platform of choice is Facebook, not Skype. And these kids are in college, not high school. Completely fresh. And where the message of Unfriended seems to be about cyberbullying and its impact on the victim, this film seems to primarily be a cautionary tale about making friends outside of your clique and having compassion for those who aren’t as popular as you.

Laura (played by Fear the Walking Dead’s Alycia Debnam-Carey) befriends a lonely classmate named Marina in an attempt to be a “good” person, but quickly comes to regret it. After Marina takes her own life, her restless spirit becomes hellbent on making Laura feel her pain by taking away all of her internet friends. Witchcraft and spooky internet scares ensue.

At its best, the horror genre reflects back to society our greatest fears and concerns, so it seems only fair that at a time when technology has become so ubiquitous in our lives, we might see more than one film dealing with the ramifications of this tech dependence. This, however, is not the genre at its best or even its most mediocre. This German-made film, starring non-American actors, set in California, and shot in Cape Town, South Africa, feels incredibly muddled and untethered. With the exception of Debnam-Carey, almost all of the acting is completely terrible, and the writing isn’t much better. Also, for a movie that is primarily about computers and phones, Friend Request features a host of technology that is visibly out-of-date. This fact is likely due to the fact that the movie wrapped filming back in March of 2014 and was shelved until now.

And while we should judge this movie on its own merits, it is tremendously difficult to avoid comparisons to Unfriended. Where that movie created a visually immersive experience not unlike being on your own laptop, this one jumps in and out of the interface, and doesn’t nail the naturalistic elements quite as well. This movie also relies much more heavily on subpar effects and lame jump scares to do the work. It is worse for it. So if you’re looking for an internet-based horror movie about a self-centered group of friends, the choice is clear; don’t pick this one.