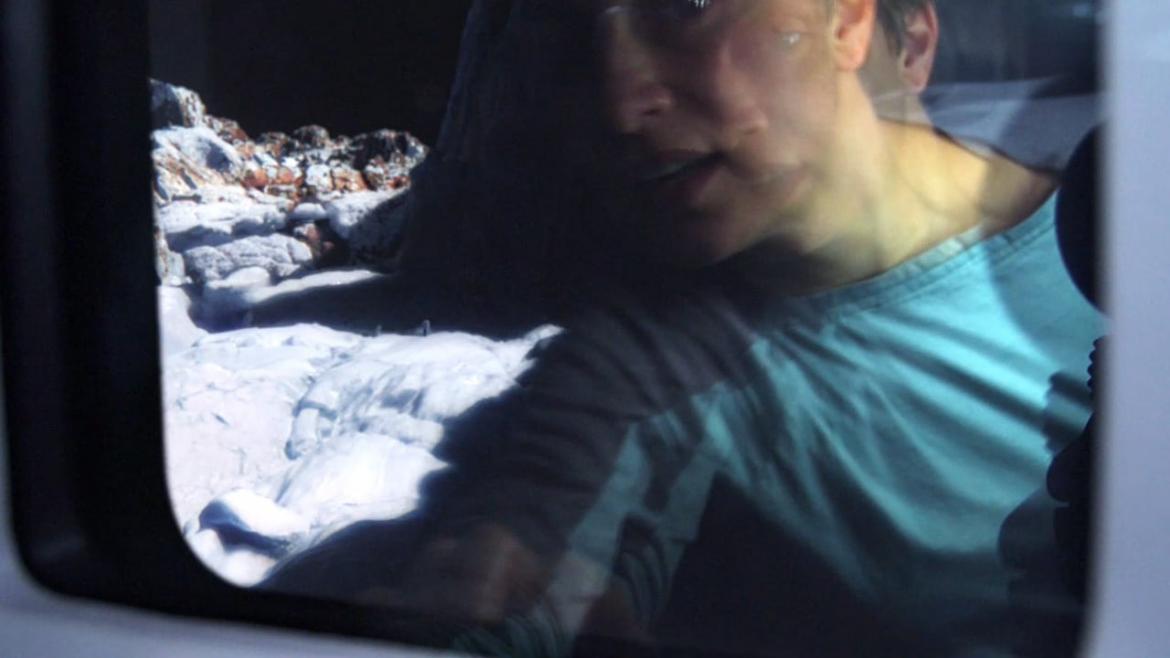 Europa Report is a science fiction thriller that, for two-thirds of its runtime, derives said thrills from the process of discovery. It’s a movie that lavishes in the science of science fiction, paying loving tribute to the pioneer spirit and thirst for discovery that motivates otherwise sane people to strap themselves to a rocket and blast themselves into the great void of space. Furthermore, it probes the hazards one might encounter on such a journey, ranging from loneliness to the potentially life-threatening perils inherent in traveling through an environment that is not so much openly hostile as it is utterly inhospitable to our survival.

And then, during the last act, spoiler alert: things get monster-y.

Europa One, a privately funded and internationally staffed space exploration venture, is sent to explore signs of possible life on the Jupiter moon, Europa. Familiar horror elements begin to emerge from the moment the crew touches down on the moon's surface. Characters wander off on their own to investigate strange lights, escape attempts are thwarted by malfunctioning technology, and signs that the crew is not alone become apparent. All of this is something of a stark departure from the science-heavy slow burn we as viewers had experienced up to that point, but at the same time, it isn’t. After all, another risk of exploration is realizing that one creature’s unknown is another’s home.

The events that befall Europa One are presented found footage style through an array of cameras, some built into the ship and others strapped to the spacesuits of its crew. Additional color commentary is provided through interviews with the employees of the company who funded the expedition. Director Sebastian Cordero and crew manage to wring great depth from this setup, particularly their somewhat limited camera angles. Specifically, there's one shot that looks down the length of the ship, including every member of its six-person crew. Cordero goes back to this shot again and again, depicting the ship’s rapidly dwindling crew with a sad, yet almost perfunctory, simplicity.

As a horror movie, Europa Report is limited. Its thrills are predominantly rooted in the mundane yet inescapably hazardous nature of life in space. The idea that, planning for every possibility is impossible and every minor glitch or misstep could spell doom. As a journey, approached with the film's same love of discovery and an ability to enjoy the quiet moments, Europa Report is undoubtedly a trip worth taking.