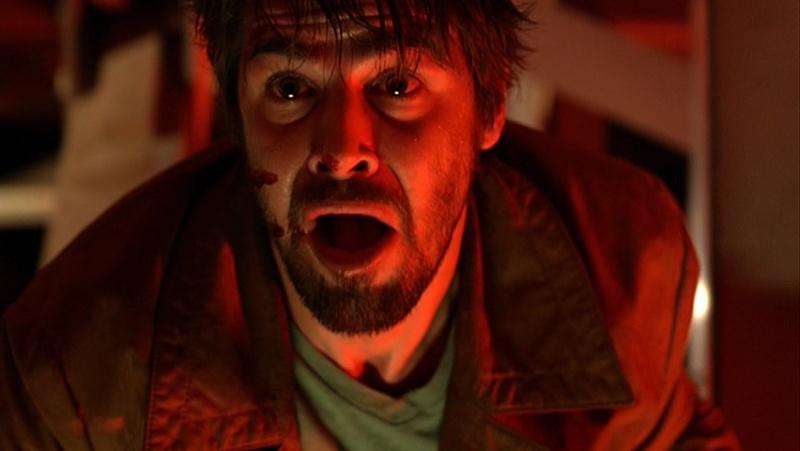 I’m a “glass is half full” kind of guy. I try to find the positive side of everything in my life. For example, when I was recently dumped via text message, I rationalized it by being grateful that it saved me a trip across town to have that conversation in person. When I was recovering from surgery this Summer and couldn’t drink for two months, I considered it a perfect opportunity to save some money and drop some pounds. That said, I can’t find anything positive about this movie. In fact, I’d have to think long and hard to come up with another movie I’ve disliked this much, and even then, I might come up blank. There’s really no reason for you to ever want to watch this movie, unless you really, really hate yourself. And even then, you’re being pretty cruel. Whatever you did, you don't deserve this.

But why is this movie so bad you ask? Where do I even begin? The first note I have in my notebook for this film is “the acting is spectacularly bad.” I wrote that down about five minutes into the film and it only got worse. Not only is it bad, but it encompasses the whole spectrum of bad. You have your actors that deliver their lines in a dry, wooden, inhuman style. You have your actors that deliver their lines with... weird... odd... pauses and... spaces that make you think they’re reading off of a cue card off-camera. Making the problem worse is the fact that the dialogue they’re delivering sounds like it was written by an eight year old. Case in point, the second note written down in my little handy notebook is “who the hell talks like this?” Certainly not anyone I know.

Then there’s the plot. The first thing we viewers get when popping in this gem of a film is a series of interstitials explaining the basic background. Ancient gypsy woman makes a deal with the devil, devil possess the daughter, villagers kill the daughter, ghost haunts the area. Nothing really new here. Oh yeah, the area just happens to be Transylvania, which has never, ever, been the focus of a horror film, ever and is a completely unique, non-cliched film setting. The interstitials then spell out that a filmmaker in the ‘20s tried to film a re-enactment of the story and everyone got killed. We then flash forward to a pained director having visions of these murders, who then decides to go film a re-enactment at the same spot. Boy, I wonder what happens to them? Yup, exactly what we’re told will happen in the first two minutes of the movie. How’s that for suspense?

Despite the fact that this sounds insanely by the numbers, it still manages to be a disastrous mess. If there was an award for simplest plot ever botched, it would go to this movie. You see, the film-maker has visions (because there’s never been a movie about someone who sees dead people, right?)! The visions don’t really add anything to the movie other than length and a whole lot of confusion. Why does he see these visions? Why do they only happen when he happens to be standing in a Christ pose? Why is this film called “Don’t Look Up”? I really couldn’t tell you. And the ending. I don’t even know what to say. Some stuff happens, then the movie ends. I was pretty happy about that last part (like I said, “glass half full” kind of guy), but I couldn’t really tell you what happened. Call it confusion, call it me giving up, whatever the cause, it didn’t make any sense. But I didn’t care. The movie was over. I had survived.

So let’s see, we have atrocious acting, terrible writing, and a needlessly complicated by the numbers plot. What else do we have? Oh yes, horrible pacing. Like I said, those interstitials spell everything out in the beginning. The opening two minutes are then painfully and slowly spelled out again over the course of a half hour. And despite the fact that the plot is spelled out twice, it still never makes sense. If the devil just wants a child, why is there a possessed ghost killing everyone? He’s got the possessed kid, how much more does he want? How rude.

But there’s still so much more. I hate cheeky fourth-wall breaking comments. It’s not funny when you call the character who is seeing dead bodies Haley Joel Osment. It’s lame and should make you realize that you’re writing a crappy, derivative film. There’s a lot of those here. Good filmmakers show, they don’t tell. This film has multiple conversations that exist only to cover up shoddy story-telling or to reveal background (“remember that one time when...”). This isn’t a twenty minute long “Family Guy” episode. It’s a full length feature film. Find a way to show me the background I need instead of just cramming it into pointless, throwaway conversations. You have the time. Also, there is nothing original about things coming out of TV screens or a villain that is preceded by bees. If you’re going to ripoff a film, make sure you’re not ripping off classics that everyone has seen like “The Ring” or “Candyman”.

Since I’m a “glass if half” full kind of guy, I’ll admit, there are some effective gore scenes in this film. But really, we’re talking about maybe two minutes out of an hour and a half long movie. That’s good for a point, and I’m being generous. I could keep going on about this, but it’s pointless. This film is terrible and I cannot think of any reason why I would ever even fathom to think of recommending it to anyone. Outside of two minutes that could easily fit into a Youtube clip, I hated every minute I spent with this film. In short, just don’t look, period.