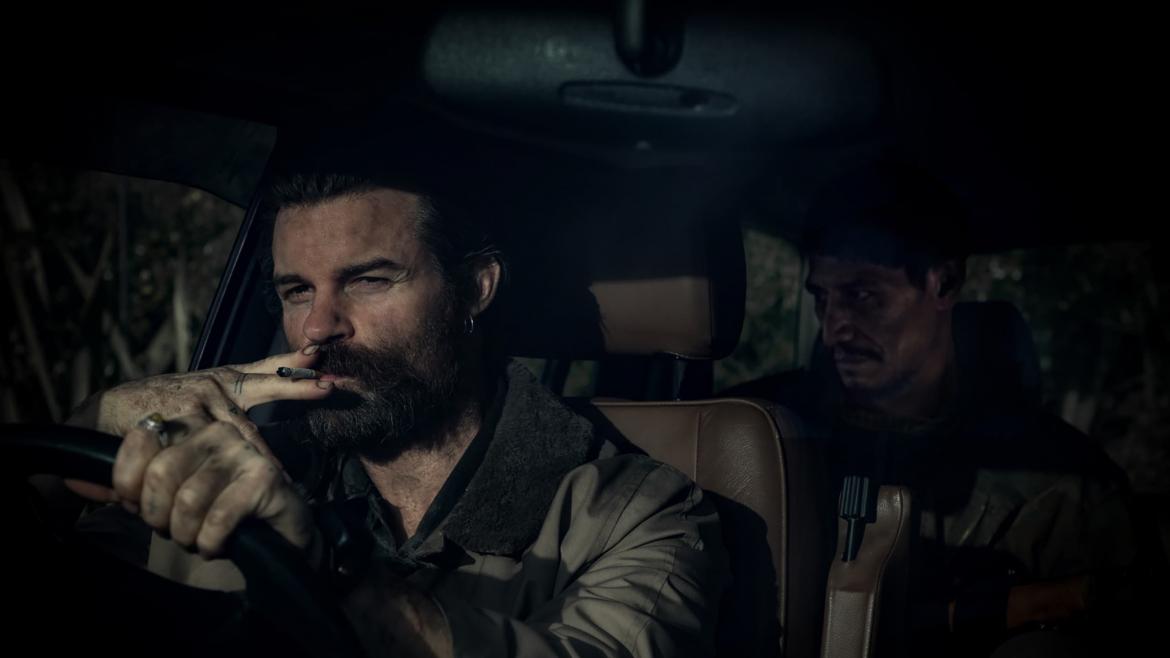 Based on a short story by acclaimed New Zealand author Owen Marshall, Coming Home in the Dark is a brutal road movie in a long tradition of pressure cooker narratives of families in peril. Jill and Hoagie (Miriama McDowell and Erik Thomson) make their way into the New Zealand country with their teen sons Maika and Jordan (Billy and Frankie Paratene) reluctantly in tow. As the family finds a spot for a picnic, they’re beset upon by two strangers, Tubs and Mandrake (Matthias Luafutu and Daniel Gillies). What follows is the sort of suspenseful storytelling that continues to ratchet up some splendid tension despite some of its more familiar elements.

Co-Written and directed by John Ashcroft, Coming Home in the Dark displays a rigorous attention to space and setting. The New Zealand wilderness is a formidable backdrop to nightmarish sequences while also providing essential framing for some of the characters’ motivations. As we’re introduced to Mandrake, the de facto voice of these seemingly nomadic brigands, he is backlit with a setting sun slowly descending behind a ridge. He is quite literally the obstruction of this family’s deteriorating hope, but his and Tubs’s presence in the landscape becomes tethered more precisely to some grim realities of the country’s past. That Hoagie is of Dutch ancestry is hardly an accident. Indeed, the roles filled by Mandrake and Hoagie--the only main characters not of Māori descent--offers an essential ideological weight to their choices.

In their address of the film, both Ashcroft and his writing partner Eli Kent see the film as an attempt to reckon with the “sins” of their home country. The film draws from anecdotal and documented instances of abuse in Borstal schools that are just as harrowing in their recitation as the violence depicted on screen. What easily could have been a traditional genre piece opens up into a wider context that complicates our relationship to these characters. The performances from the four lead adults are particularly instrumental to this result. Gillies seems to be channelling all the charisma of Robert Mitchum in Night of the Hunter while McDowell serves up an incredibly withering, utterly shocking line reading. As we learn more about Hoagie’s past, Thomson imbues his role as “heroic” husband/father with a rising, palpable sense of regret, anger, and sorrow.

While Coming Home in the Dark brings a more complex take on this setup, the film begins to run out of unique narrative beats to bring the third act home, relying instead on more conventional, occasionally confusing, acts of violence. The conviction of the performances never falters and Ashcroft keeps the tension up, but the film never quite reaches the heights of its first half. Once the table is set for these characters there’s only a limited number of ways the film could proceed, and unfortunately the film doesn’t bring its earlier inventiveness to the final moments.

Impactful, brutal, and unrelenting, Coming Home in the Dark offers a refreshed take on the material that emphasizes the need for just reconciliation. Ashcroft’s feature debut displays an ambition and skill that is full of potential and an emerging, keen vision. The film presents a past that can never be left buried, requiring its characters and audience to reckon with what they know and what they choose to forget.