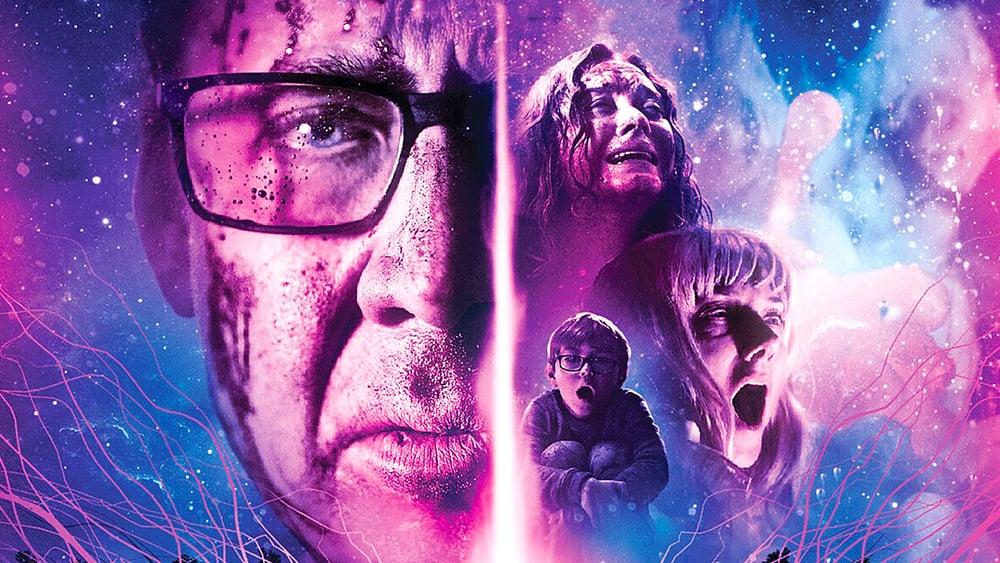 Color Out of Space (Movie Review)

Hollywood is littered with stories about studios completely screwing over directors for any number of reasons. Filmmaker Richard Stanley’s well documented run in with studio politics is one of the most bizarre versions of such tales. Having been out of the feature film spotlight since the perfect storm of WTF that was 1996’s The Island of Dr. Moreau, Stanley returns to the world of "conventional" storytelling with his adaptation of H.P. Lovecraft's "The Color Out of Space." Armed with just the right amount of 'Crazy Cage' it's safe to say Stanley has announced his return with a bit of technicolor flair.

Nicolas Cage stars as Nathan Gardner, a rural farmer and family man with an affinity for alpacas. The Gardners’ lives are turned into a waking nightmare after a meteorite crashes in the woods near their home. It's effects seem harmless at first, but as a violet sheen begins to engulf the area the family’s mental stability and the surrounding wildlife begin to deteriorate. Nathan's daughter, Lavinia (Madeline Arthur), suspects that something is horribly wrong and becomes increasingly desperate to convince her father that they have to leave before it's too late.

At the outset Color Out of Space has a dreamlike, almost whimsical fairytale quality. The film opens with a narration like someone reading you a story. The voiceover eases the audience into a scenario more than a little reminiscent of a fantasy. We’re introduced to Lavinia as she performs witchcraft in hopes of curing her mother's cancer. She is interrupted by a handsome stranger before she takes off on a white horse back home. When Lavinia returns home we begin to glean more about the film’s contemporary setting. Taking short but effective time to develop the family dynamic, Stanley does well to deliberately pace the first act and slowly build the alien-like weirdness that begins to infect the family's mind after the meteorite strikes. Utilizing some beautiful imagery with an ominous neon violet color scheme the film wonderfully crafts this setting with striking unease.

Stanley works well with Cage to sculpt his over-the-top qualities while leaving the impression of his bottled up insanity just below the surface. His casting in and of itself hints at gimmick during this stage of the iconic actor's appeal but to great effect. Cage drifts in and out of a cranky old man persona over the course of the meteorite's poisonous influence, bristling at the treatment of his expensive alpacas as his co-stars play it straight. Stanley combines this slow mental degradation with creature feature and body horror components to great effect, only occasionally losing his grasp on the tone of some sequences.

Color Out of Space's final act delivers all the Lovecraftian goods through Richard Stanley's vision. The sequence even delivers an early contender for one of 2020's best scares. Though it's a little rough around the edges, Color Out of Space is still a decadent genre affair mainstream audiences may find themselves allergic to, but mouthwatering to the sci-fi and Lovecraft enthusiasts.