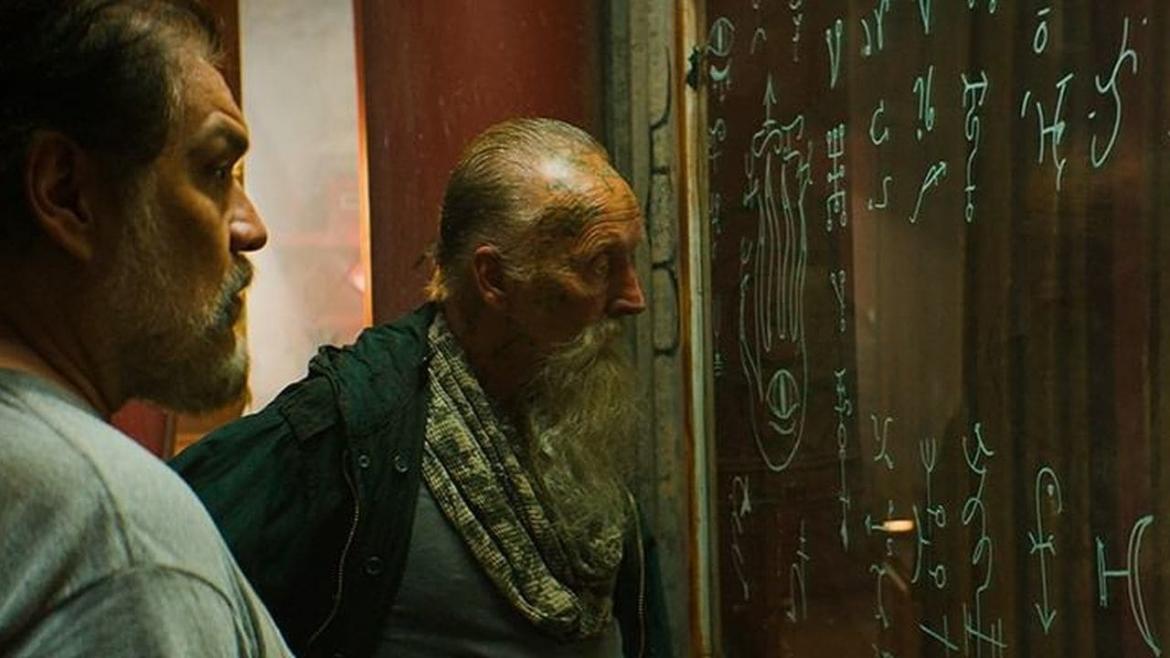 Trigger Warning for violence against children. Mild spoilers ahead.

The death of one man is a tragedy, the death of millions is a statistic." This quote was allegedly said by Soviet dictator Joseph Stalin to U.S. ambassador Averill Harriman. What happens when you land somewhere in the middle? A bleak question, for sure, and one that is perfectly illustrated by Belzebuth (2019).

The film begins with Tobin Bell rambling about a secret sect of the Vatican and a smattering of out of context shots pulled from the end of the film; he is also tatted up and covered in blood, looking like a rejected character from Sons of Anarchy. We then drop into a shocking scene that may go toe-to-toe with Midsommar (2019) for most disturbing opening 15 minutes. This scene should have served as the film’s cold open; the backstory voiceover trope only becoming relevant more than halfway through the film. We meet our main character, Emmanuel Ritter (Joaquin Cosio), who has a personal connection to this scene and does an effective job with the material he is given.

However, after that, the child death toll ratchets up. The filmmaker cannot show any of it for fear of losing the audience’s sympathy, and – while done somewhat tastefully – there is nothing viscerally scary about it. Telling me that 50 kids died is not scary. You could have said 90 or 400, as it is a just a number at that point. The escalation brings the film into conflict with its genre. I posit that terrorism does not work in horror for two reasons:

While the beginning of the film works by being both directly connected to our main character and truly shocking, the rest of the film feels more like an unsympathetic police procedural, interrupted by demons.

The film achieves peak trash once the story shifts to the supernatural. When a paranormal investigator (Tate Ellington) is sent to deal with mass murders, the viciousness in the film’s earlier violence becomes trivialized. You don’t send an old priest and a young priest to deal with a school shooting.

Many of the traditional horror sequences (badly ripped off from 1973’s The Exorcist) are shot like a film school grad’s first action movie. There are frequent jumps to handheld camera in an attempt to make bland scenes look more dynamic. Tobin Bell’s overwrought dialogue tries to give biblical meaning to previous scenes, but within the language of cinema the events feel like disconnected set pieces strung together by the editor. The low emotional buy-in and inadequately raised stakes after each event lead to the 115-minute film languishing after the first act. Sadly, the film raises a lot of issues that affect current day Mexico, but ultimately says exploits these incidents as “creepy” set dressing.

I rate this a 3/10 purely for the opening 15 minutes and for the laugh I had at a particular CGI scene. If you have the willpower I would shut off your TV early on, or watch Tigers are Not Afraid (2017) for a better film that engages with Mexico border conflicts in an interesting and thoughtful manner.
I began with a quote and I will end with a modified one from former Canadian country superstar Shania Twain: “Okay… so you [killed a bunch of kids in your movie] …that don’t impress me much. “