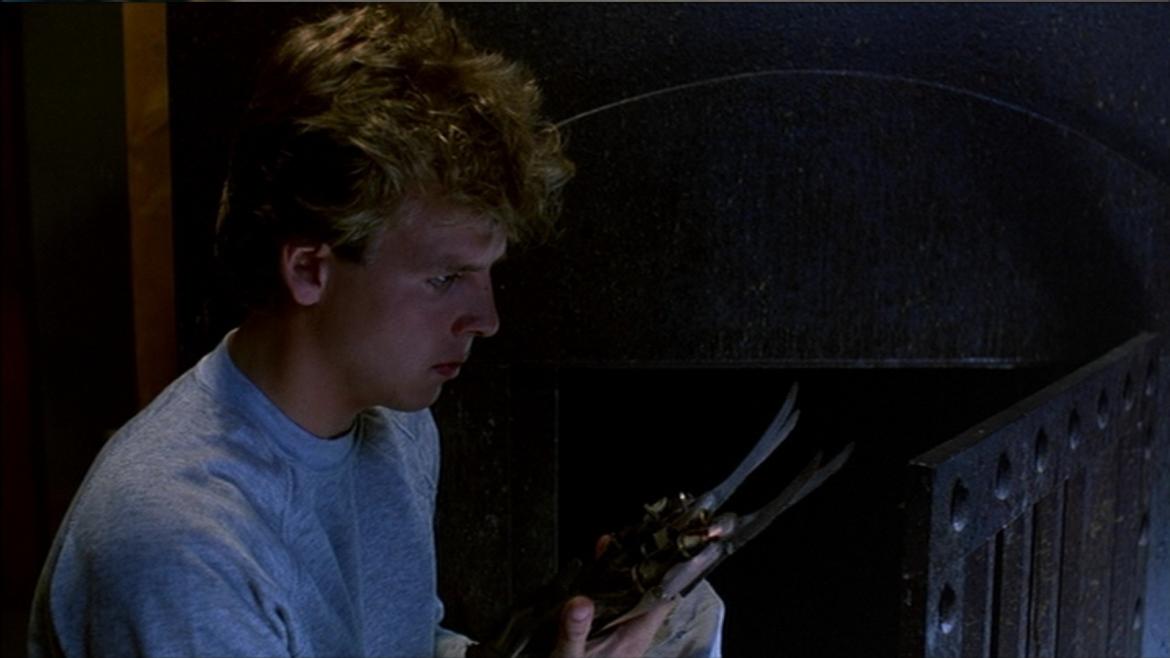 This is the second installment of our head-to-head review between the Nightmare on Elm Street and Friday the 13th franchises. Check out what Evan had to say about the corresponding Jason pic here!

It’s a story we’ve heard all too many times. When (insert director’s name here) made (insert title here) he/she didn’t intend for it to be followed by a sequel, let alone become the beginning of a franchise. This happened with John Carpenter after Halloween and it happened with Wes Craven and A Nightmare on Elm Street. For better or worse, whether or not a film gets made often has little to do with the desires of the director. With Nightmare, New Line had stumbled upon its very own entry into the slasher genre and a brand new villain to boot, no way were they going to let Freddy go, and so the story soldiered on without Craven.

Released only one year after its predecessor, A Nightmare on Elm Street 2: Freddy’s Revenge takes place five years after the events of the first film. Nancy (Heather Langenkamp) is long gone, driven mad - or so we are told - and new family has moved into the white house with the bars on the windows. Jesse (Mark Patton) is the new inhabitant of Nancy’s old room, and his dreams start almost immediately. But just when you think you know where this sequel is going, it throws you a curveball. Freddy isn’t out to kill Jesse in his dreams, instead he's hoping to make Jesse his vessel and pull himself out of the dream world.

Jesse certainly doesn’t want to give Freddy more victims, but it becomes painfully obvious that (like Wes Craven) he might not have much of a choice in the matter. People around Jesse start being ripped limb from limb as he does his best to keep it together. With the help of his girlfriend, Lisa (Kim Myers), Jesse begins to understand what is happening to him and who is haunting his nightmares, but will it be enough?

Part 2 is somewhat of an oddity all around. It is the only example we have of Freddy seeking to manifest physically in our dimension. Likewise, this film has the distinction of being the only one in the series to feature a male protagonist and, perhaps even more notably, no female fatalities. There is also a well-documented undercurrent of homoeroticism that has caused some viewers to speculate that the unique and complicated relationship between Jesse and Freddy could be a metaphor for a closeted gay man who is struggling with his identity.

Unfortunately, all of the silly dance sequences in the world can't save this from being somewhat subpar in the filmmaking department. The pacing is way off, with the first kill waiting a good thirty-five plus minutes, and Freddy ends up not being as terrifying as we migh hope in one of his biggest encounters yet. The tone vacillates violently from silly to scary, leaving this viewer feeling a bit dazed. There are some truly spectacular scenes of gore and practical effects magic that are genuinely creepy, but each and every one is countered with something equal and opposite; think a scene where Freddy physically rips his way out of Jesse’s body compared to a scene featuring a demonic parakeet that attacks the family before exploding in midair. Apart from the destabilizing tonal shifts, the plot tends to fade when held up to scrutiny. Trying to describe some scenes to those who haven't seen it is not unlike trying to elaborate on a dream you just woke up from; the harsh light of reality leaving no hole unexplored. The lines between the dream world and the real world are even more fluid here than in the first movie, and not for any discernible reason except perhaps laziness.

This film truly is a sight to behold and would most probably be improved by some sort of drinking game. Try just taking a sip whenever you see any upper (or lower) male nudity and you’ll be off to a good start!

Most Creative Kill: Ron's (Grady's) death in his room. The kill itself wasn't all that inspiring - he certainly won't be the last to meet their end by being impaled with Freddy's knives - but how Freddy gets there is a feat of practical effects that will make any pro-CGI nerd rethink their stance.

Movies Like A Nightmare on Elm Street Part 2: Freddy's Revenge