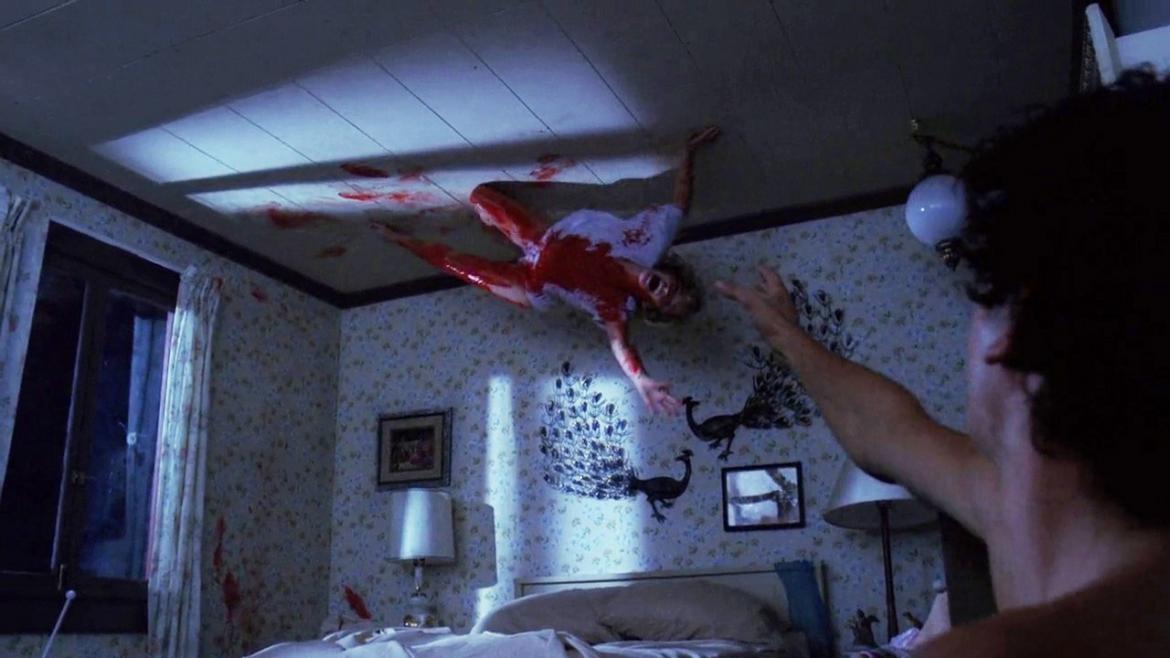 This is the first installment of our head-to-head review between the Nightmare on Elm Street and Friday the 13th franchises. Check out what Evan had to say about the corresponding Jason pic here!

By the time A Nightmare on Elm Street hit theaters, both the Halloween and Friday the 13th franchises were on their third and fourth sequel, respectively. The slasher was all the rage and audiences were about ready for a new boogieman. Wes Craven was more than happy to throw his brown fedora into the ring. With baddies like Michael and Jason on the loose, audiences were growing accustomed to a psycho with a big knife who poached unsuspecting teens in one specific place. But what about a monster who comes to you?

A Nightmare on Elm Street brings us a new villain in the form of Freddy Kreuger, the vengeful ghost of a child killer (who in later retellings also becomes a child molester) who attacks his victims in their dreams. When Nancy’s best friend is killed in her sleep after having a dream about a man with sharp nails, Nancy immediately becomes suspicious. It isn’t long before she starts seeing this man in her dreams too, and waking with real life wounds from her sleeping encounters. As more and more of her friends fall victim to Krueger, Nancy fights harder and harder to find answers and stay awake.

There are a few of things that set A Nightmare on Elm Street apart from the slashers that came before, both within the major franchises and the films that tried to capitalize on their success. We have already mentioned that the very nature of Freddy and his M.O. make him unique within the ilk of killers. While others may have supernatural abilities or properties, like immortality, Freddy exists on an entirely different plane than his victims. He has already been killed once and this, perhaps more than anything else makes him all the more terrifying. A second distinction is found in the portrayal and role the parents of the vulnerable teens. While Camp Crystal Lake is decidedly no place for parents, people have often puzzled over where the parents were in the original Halloween. Where were all of the adults? In Nightmare, however, parents are almost as big a part of the story as the kids. In fact, we spend close to as much time with the parents as we do with their children. The presence of the adults actually works to make Freddy all the more frightening. Despite their best efforts, the adults are utterly helpless to protect their children in any meaningful way and instead serve primarily as an audience to their suffering and death.

With this film, Wes Craven also introduces us to Nancy Thompson (Heather Langenkamp) who, at least in this first film, perfectly fits the title of Scream Queen. Not only is she the focus of much of the story, but as everyone around her falls prey to Freddy, Nancy only becomes more determined to get to the bottom of everything. Throughout the movie we see her actively preparing by trying to learn more about Freddy and reading about ways to booby trap her house. The only role the men around her play in her salvation is ultimately to disappoint her or leave her stranded, as it quickly becomes clear that Nancy is on her own.

This film is a markedly strong entry into the slasher movement and introduced the world to a whole new kind of killer. Inspired loosely by a true story, Nightmare might make you think twice before you close your eyes.

Most Creative Kill: This film brings us one of the most iconic kills in the franchise, if not horror in general. After failing to take her seriously, Nancy's boyfriend Glen (Johnny Depp) accidentally falls asleep while watching TV in bed. Freddy's arm reaches up from under Glen and pulls him into the bed, leaving only a gaping hole that soon gives way to a geyser of blood.