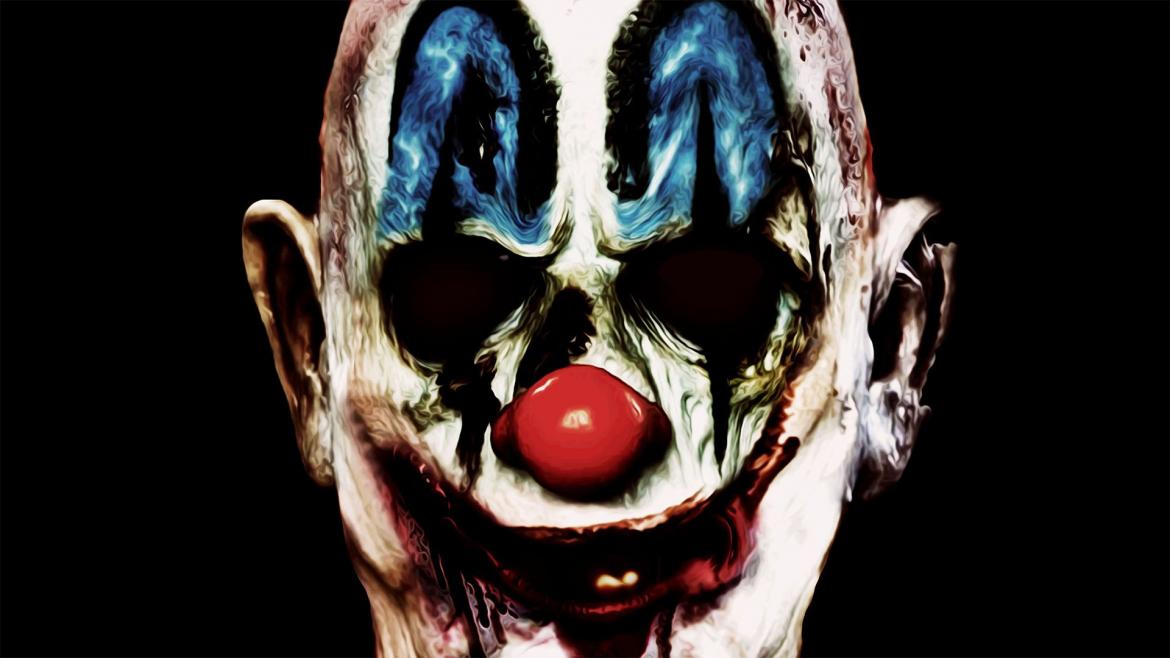 After quite some time and a decent amount of hype, Rob Zombie has released the latest installment in his White Zombie meets vintage snuff film series, 31.

The premise is as vague as the title. A group of scheming carnies are out driving to their next location on Halloween night. After stopping for gas at what seems like the last gas station on Earth, they find themselves obstructed on a backroad by some Blair Witch wannabes. Their van is then high jacked by a band of bloated Bettlegueses and they are held captive in one of the many baroque buildings Zombie likes to drop in a particular setting. Malcom McDowell as Malcom McDowell as Caligula in a powdered wig tells the crew that they have been chosen to play a game called 31 (This is the ONLY mention of 31. So note this, it won’t come up again). All they have to do is survive a night in this abandoned warehouse against a bunch of random moonlighting clowns while Malcolm and his two ladies in waiting (Jane Carr and Judy Geeson) bet on their survival stats. Slowly (and I do mean slowly) the group is divided and picked off. While in Murderworld, we meet six “Heads”- hellions dressed as clowns who sucked too much helium and then decided to try and kill some people. Sick-Head, the contradicting Chilean-Neo Nazi, the brothers Schizo and Psycho-Head, and then the bizarre duo of Death and Sex-Head, which are relatively self-explanatory. We also meet cleanup hitter, Richard Brake’s Doom-Head. Jeff Daniel Phillips is back, Sheri Moon is here, and it’s awesome to see Meg Foster and Judy Geeson pulled into Zombie’s squad. When the game begins, there’s a lot of chit chat and eventually some murdering, but it all is a bit lackluster.

Look, 31 isn’t bad. It’s just lazy. It’s like a long-distance call from your old friend who dropped out of film school to fight the man. Don't get me wrong, there are some interesting aspects of the story that could have been explored to great effect. Different “Heads” – cool, let’s actually make them terrifying. Yes, Richard Brake as the apocalyptic Doom-Head is phenomenal and legitimately unhinged – but surely there’s more to him than empty offensive slang and flipping some switchblades around, right?  The strange combination of Twisted Metal meets Hostel is a nutty idea and I’d be down with it if you gave me something more. The diabolical language and weirdly average violence just seem petty and factious at this point. No one cusses that much, even backwoods murderous heathens, and it just starts to distract from the plot. Visually, Zombie delivers with great shots and very stylistic design – there are even a few good one liners thrown in for good measure. But by the end, you’re just left rather wanting. Yes, I’m pretty sure ‘in Hell, everyone loves popcorn’ is a true statement, but you know what goes really well with popcorn? An actual show.

After some time to soak in the sights (and a lengthy discussion with fellow BGHer, Luke) – it’s figured out. 31 is probably Rob Zombie’s cathartic expulsion of the literal murder of his creativity. Murderworld is the actual place where creativity goes to die, not even with a scream-but more of a halfhearted, breathy whimper. Maybe 31 is an allegory for the crap storm of negativity Zombie faces anytime he pitches a movie to a studio and we’re provided a very abstract but painfully obvious illustration of the studio executives betting on how intensely his next movie will flop with fans. (We were really onto something here, right?) Maybe that's all it takes, a little bit of space for Zombie to work out his art school aggression, penchant for overtly caustic language and for the audience to do all the work of peeling back those layers of teenage angst like an onion, or the skin of an unsuspecting lost tourist. (Note: Not even that happens in the movie.)