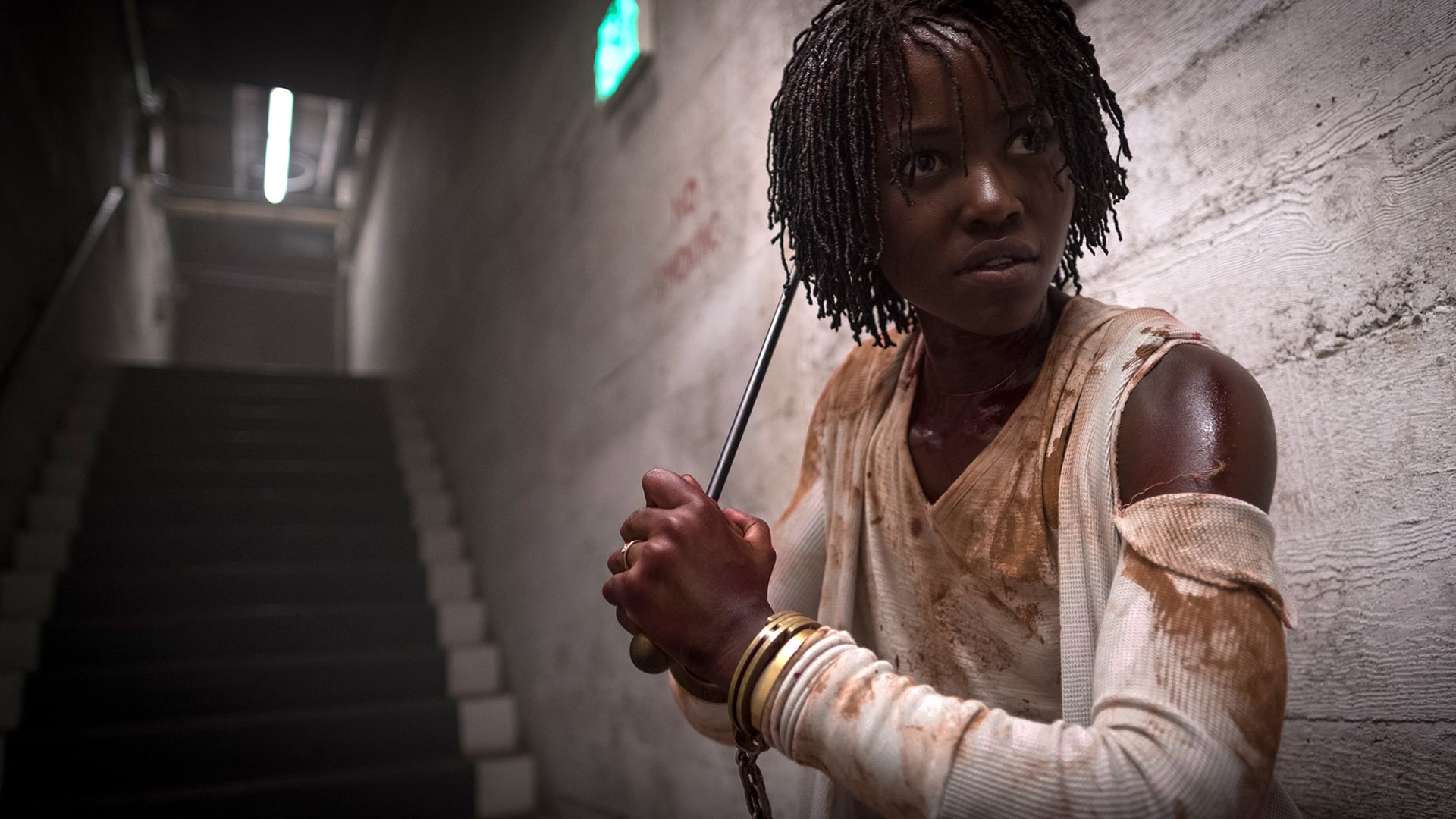 Primal Scream: Trauma in Us

Jordan Peele’s 2019 sophomore film Us is one of the most in-depth explorations of trauma in recent horror history. The Diagnostic and Statistical Manual of Mental Disorders, or DSM-5, defines trauma as “actual or threatened death, serious injury, or sexual violence.”  Those of us who specialize in treating trauma know that traumatic experiences can fall under a much larger umbrella and that they deeply impact a person’s mental health for years after they happen.

Trauma affects many areas of the brain and therefore must be explored and treated from different angles to be healed effectively. Trauma impacts both the neocortex, the wrinkled outer layer of the brain that handles speech and rational thought, and the subcortex, the inner areas of the brain that regulate emotions and somatic functions. This is why many trauma survivors do not find “talk therapy” sufficient. Some need to work through their trauma on a deeper level via specialized trauma treatment techniques such as Eye Movement Desensitization and Reprocessing (EMDR), Somatic Experiencing, and Brainspotting.

Us begins with a nod to the subcortical aspect of trauma by conceptually introducing the hidden underground tunnels that house The Tethered. This prelude text is followed by a commercial for 1986’s failed Hands Across America campaign, a pat, surface level response to the horrible trauma of hunger and homelessness. From here we are introduced to the story of young Adelaide (Madison Curry) as she’s drawn toward a funhouse hall of mirrors that leads to the underground tunnels. When scared, Adelaide tries self-soothing by whistling “The Itsy Bitsy Spider,” a song that describes the trauma survivor’s journey of being hurt, washed away, and then rising up again.

As young Adelaide sees her Tethered self, she exhibits a wide eyed, open mouthed bodily response to fear & trauma. We learn at the film’s finale that at this point in time the two Adelaides switch places, effectively trading traumas. One ascended her trauma for the surface world, and the other was submerged into the trauma of the underground. When “Adelaide” won’t speak and her concerned parents take her to a therapist, her father notes that, “She wasn’t in ‘Nam,” raising the common invalidation of trauma that doesn’t involve actual or threatened death. The therapist advises that they need to help Adelaide find non-verbal & creative ways to tell her story, mirroring the reality that just talking about trauma isn’t enough to heal it.

Following the film’s opening sequence we pick back up in contemporary California. When adult Adelaide (Lupita Nyong’go) and her family go to the Santa Cruz boardwalk she becomes upset at the prospect of coming close to where her underground traumas happened. She tries to avoid the trigger. When she does go she has a flashback to the night of her emergence. At the beach they meet with Josh & Kitty (Tim Heidecker & Elisabeth Moss), whose family is a comedic illustration of existing on the surface and not wanting to look below it. The couple act as powerful comedic foil of aloof complacency that intensifies Adeliade’s anxiety. Her trauma-induced hypervigilance causes her to misinterpret auditory & visual information around her at the beach.Once back home, Adelaide opens up to her husband Gabe (Winston Duke) about some of her trauma history.  While she exhibits physical agitation and muscle tension, Gabe remarks “That happened a long time ago,” another common invalidation that old trauma shouldn’t hurt as badly. He tries to diffuse the emotional discomfort with humor, a frequent defense mechanism against trauma.

When the Tethered family arrive at the Wilson home, Adelaide goes into total terror at the possibility of revisiting her trauma. Red’s whistling of “The Itsy Bitsy Spider” shows she has risen back up from the underground. No longer the little girl who was abducted, Red’s trauma completely swallowed & transformed her. Gabe continues to lack understanding of the trauma narrative as Red explains their experience. As the action of the film’s second act rises the Tethered family splits up the surface family, exhibiting how trauma locks you up, drags you away, chases you, and plays tricks on you.

The Tethered are non-verball, harkening to how trauma cannot be fully explained or healed through words. As Josh & Kitty’s Tethered family murder them we see that trauma is paradoxical (gorey violence while the Beach Boys’ "Good Vibrations" plays) and cruel (Tex pretending to help Kitty up). When the Winstons arrive Adelaide yells at Gabe, “You don’t get to make the decisions anymore!” because he clearly doesn’t understand the severity of the trauma he’s dealing with. The current traumas have triggered some of Adelaide’s old Tethered behaviors, like brutality and non-verbal grunting. When the family leaves Josh & Kitty’s home Adelaide shows compassion to the dying Umbrae (Shahadi Wright Joseph), perhaps because Umbrae reminds her of her own traumatized & Tethered younger self.

As more of The Tethered rise to the surface, replacing their counterparts, they begin to hold hands in an unbroken line across the country. Their demonstration flips a useless & ineffective public response to trauma on its head. They’re showing that trauma cannot be ignored and the surface can no longer deny the experience of those underground. As the line forms, Adelaide returns underground. In order to heal trauma you must go underneath, to the subcortex. This mirrors the therapeutic process of going down into the trauma in order to rise back up into healing as a whole person.  Much like Adelaide & Red’s final confrontation, we have to be willing to dance with the darkest parts of ourselves, going back and forth between past and present, to heal and become one.

But does Adelaide heal? She kills Red, choking off the whistling inner child spider who wanted to rise back up from the drain. But healing ends with integration, not destruction. Shortly thereafter she tells Jason (Evan Alex), “Everything’s gonna be like it was before.” This is an impossibility. Even the most complete healing will leave someone changed. As Adelaide’s family drives away, and the truth about the Adelaide/Red switch is finally revealed to the audience, Jason puts his mask back on to symbolize how many people (Adelaide included) would rather mask themselves to the truth of their trauma than face & heal it. But, as the camera pans up and out to show the line of Tethered holding hands across America, the song "Les Fleur" swells in the soundtrack as Minnie Ripperton sings with a loud and joyous choir, hinting at a more hopeful trauma healing journey:

“Ring all the bells, sing and tell the people that be everywhere that the flower has come/
Light up the sky with your prayers of gladness and rejoice for the darkness is gone/
Throw off your fears let your heart beat freely at the sign that a new time is born”