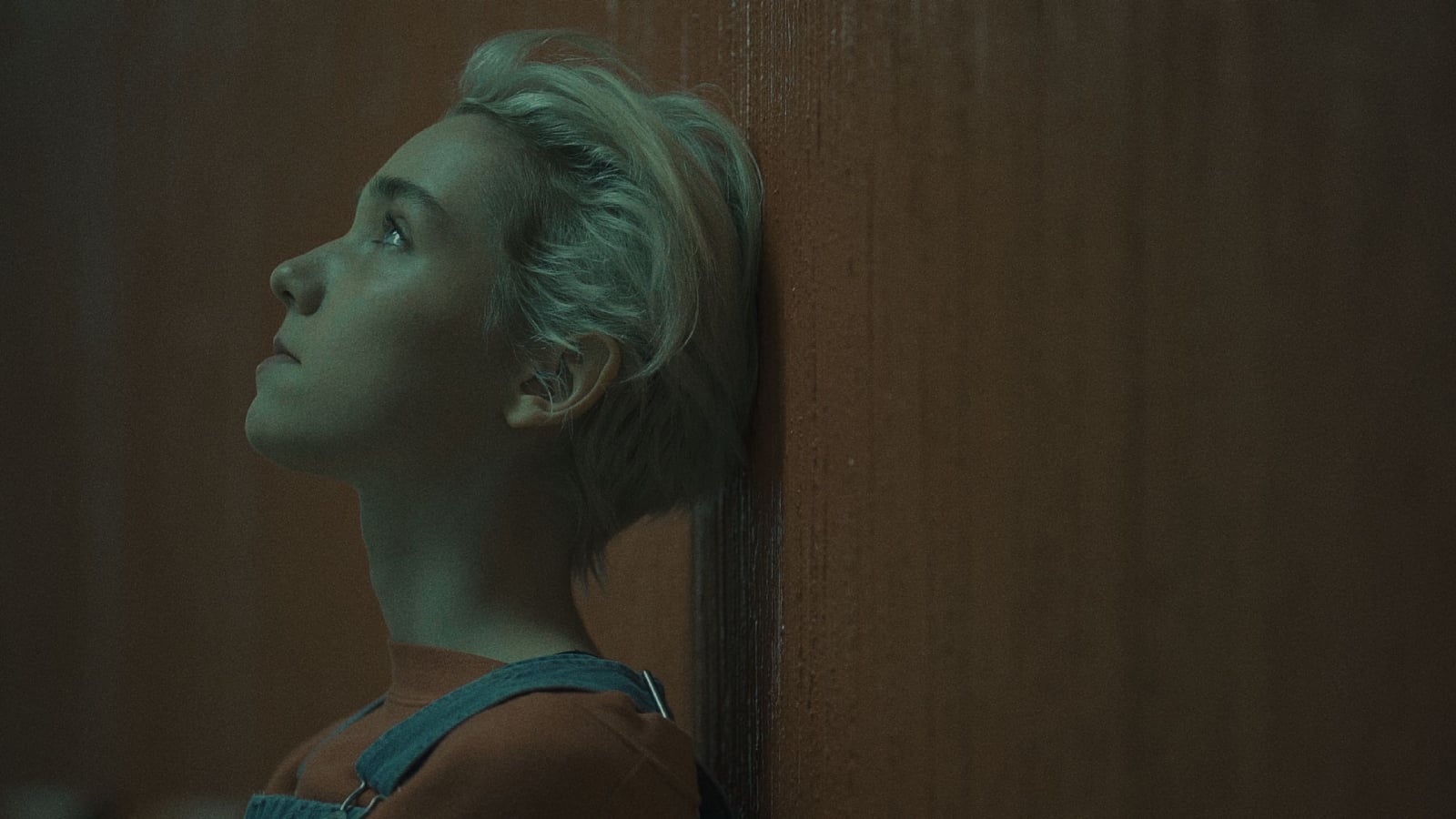 Come True was viewed as a part of the 2020 Fantasia International Film Festival. Plot details are discussed in detail. Come True will be released this March by IFC films.

Carl Jung was a Swiss psychiatrist who Freud viewed as his heir in the science of psychoanalysis, the precursor to modern psychotherapy. Many of Jung’s ideas and theories endure to this day, both in the field of psychology and within popular culture. In his work Jung highly valued the importance of dreams. He believed them to be the psyche’s method for communicating important information to an individual.

Anthony Scott Burns’s film Come True offers its audiences an opportunity to explore the Jungian model of the psyche through a surreal narrative presentation. The movie is split into four parts, each of which draws explicit parallels to Jung and are named after an element in Jung’s conceptualization of the mind. Throughout these four segments the film delves deeply into the dreams of its protagonist while utilizing a disorienting, nightmarish structure that asks the audience to go on a similar journey.

The persona is the social face we present to the world, "a kind of mask, designed on the one hand to make a definite impression upon others, and on the other to conceal the true nature of the individual."(1) As Come True opens we are introduced to 18-year-old Sarah (Julia Sarah Stone) dreaming while asleep in a park. She appears to be homeless due to family issues, but she is also putting on the persona of a normal student. She continues to attend school and returns home to shower only when her mother is out. While having her umpteenth cup of coffee at a local cafe, Sarah comes across an ad for a sleep study that seems to meet both her needs: to have a place to sleep and to understand the nightmares she’s been experiencing.

Sarah’s decision to enter the sleep study can be seen as the start of her persona crumbling. Jung believed that the disintegration of the persona is a good thing. The process is necessary for the formation of a unique, mature, and individual self, despite the fact the disintegration of the persona “may well lead initially to a state of chaos in the individual.”(2) This is the case for Sarah. Until the study starts, however, she maintains her persona, telling her friend Zoe (Tedra Rogers) that she is ok even when Zoe tells her it’s ok if she’s not. The Anima & The Animus

Sarah begins the sleep study, which is largely unremarkable save for some strange equipment.  The next day she runs into a young man at a local bookstore whom she sees again later the same day when she and Zoe go to the movies. Sarah doesn’t know it yet, but this is Jeremy (Landon Liboiron), one of the students working under the professor conducting the sleep study, Dr. Meyer (Christopher Heatherington).

According to Jung, the anima is the unconscious feminine side of a man and the animus is the unconscious masculine side of a woman. Jung believed that these parts of us manifest themselves by both appearing in our dreams and by influencing thoughts and behaviors with the opposite sex. (The binarism of this structure is a conversion for another day). So why might Jeremy be following Sarah? For one, he may be unconsciously projecting his anima onto her. Jung noted that, in the presence of anima--in this case Sarah--a man can feel a strange familiarity with a woman and the energy between them can become intoxicating. However, what he is actually sensing is his own not-yet-integrated anima.

After the next night at the sleep study, some of the other students begin to show Sarah images that she doesn’t recognize. They upset her, first making her tear up before throwing her into a seizure-like state that she calls a panic attack. The students call for help and Jeremy runs into the room. Upon realizing Jeremy is working on the study, the already upset Sarah immediately quits. Later that day, she has a similar episode at a laundromat that causes her to lose her phone. Scared and disconnected from others, Sarah finds Jeremy and says that she will stay in the study if he tells her what’s going on. Jeremy shows her that they’re using equipment that allows them to see the dreams of those they are studying and this is where the images she was shown earlier came from. The anima & animus have begun to work together.

That night at the sleep study, the students with Dr. Meyer watch as all of the subjects have a nightmare of the same dark man with glowing eyes that Dr. Meyer calls the “dark shadow figure.” In Jungian psychology, the shadow is the unknown side of the self. It can be an unconscious aspect of the personality that the person does not want to identify with or the entirety of their unconscious. As Jeremy notes while they watch, “there’s countless records throughout history, across varying cultures” of the shadow archetype. Dr. Meyer believes that the shadow in the nightmares proves “a kind of primal connection to this icon...a unified fear of this shadow with eyes.” Sarah wakes from her nightmare with a bloody eye, as though looking at her shadow for too long caused her physical damage. As a very frightened Sarah runs away, Jeremy chases after her as the other subjects wake and begin to experience hallucinations of their shadows.

After an individual has broken down their persona, integrating their anima/animus and shadow, Jung believed that they would then enter the Self. The Self is the totality of everything we have been, are, and can be; the highest and deepest reaches of our psyche. Sarah begins to come into her Self once Jeremy brings her back to his apartment, where he has one of the study’s devices that will allow Sarah to watch his dream as he sleeps. He dreams of he and Sarah as vampire lovers, which eventually leads to the two having sex in real life. As this happens, Sarah sees two shadow men behind Jeremy which causes her to fall into a dreaming sleep that she cannot be awakened from. Her persona has crumbled, she has engaged with her animus via Jeremy, and she has begun to face her shadow.

Shortly after, Sarah begins to sleepwalk with Jeremy following her around the nighttime city as she continues to dream. She walks through a tunnel of bright-eyed shadow men. But rather than awakening in fright, Sarah continues to stay on her path in spite of their stares. She walks to her lost phone and Jeremy picks it up when it rings, causing Sarah to scream herself awake.

The lines between dreams and reality have been somewhat blurred in the film up to now. At this point, however, the Come True begins to careen between the two. Sarah is presented to the audience as though she is awake. However, as she and Jeremy return from her sleepwalking they encounter more shadow men who attack and eventually cause Sarah to wake up again. This time she finds herself back in the apartment gouging out Jeremy’s eyes. Distraught, she goes to the bathroom only to look in the mirror and see that she has vampire teeth, a potential indication that she has fully integrated her shadow self.  A message on Jeremy’s phone tells her that she has been in a coma for 20 years and urges her to wake up.

What is the dream and what is the reality? And does it matter now that Sarah is finally her true integrated Self?

Come True is very open to interpretation as to whether or not what we’re watching at many points in the film is or isn’t a dream. This allows the audience to project their own internal Jungian archetypes onto the film, allowing each individual to make their own personal meaning of it. Perhaps your experience of the film can inform you as to the state of your persona, anima/animus, shadow, and self. Art can usually teach us about ourselves in this way, as long as we are willing to look beneath our surface.