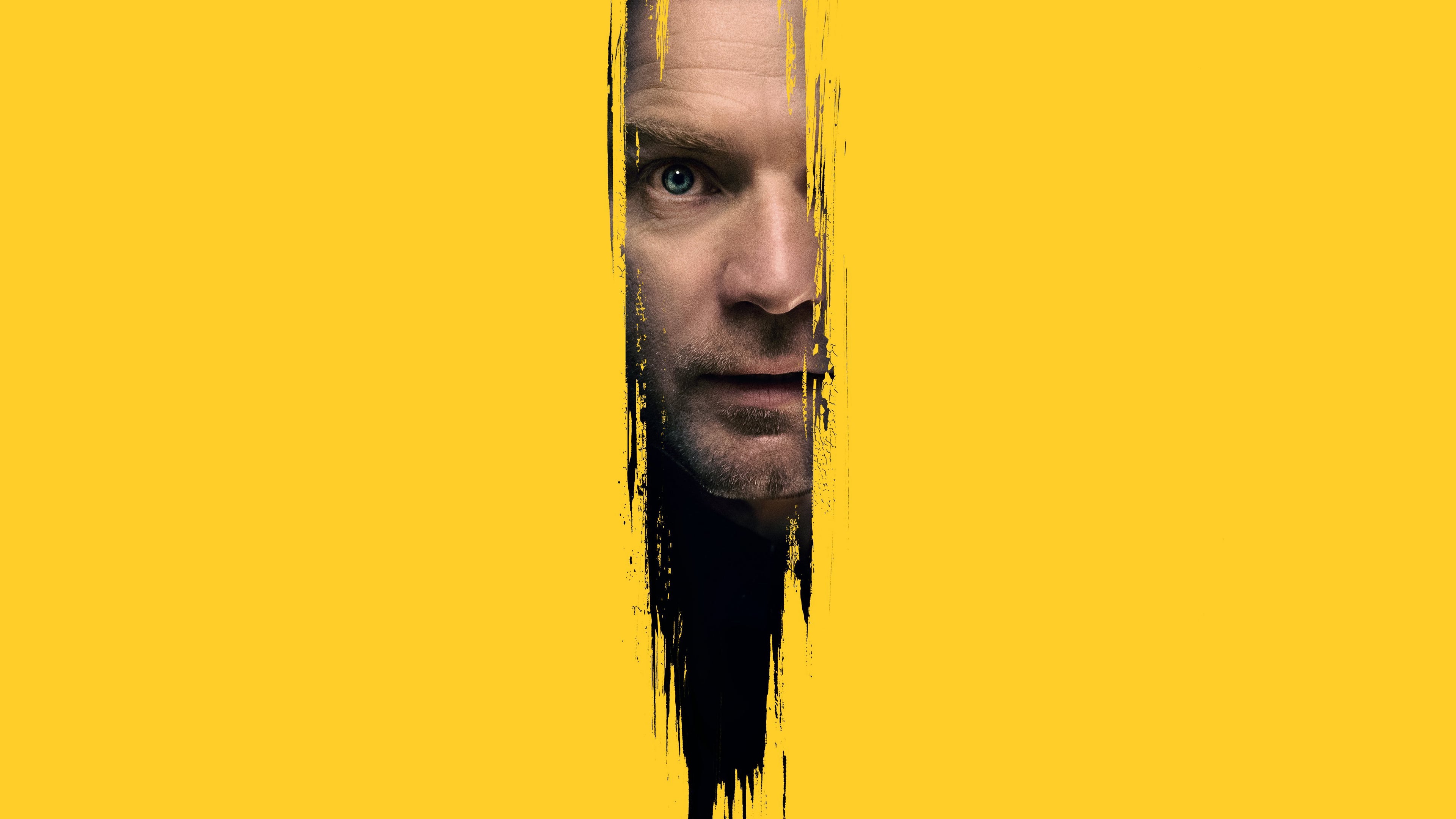 Mike Flanagan’s film adaptation of Stephen King’s novel Doctor Sleep is a rich continuation of The Shining’s text and film adaptation. It catches us up on Dan Torrence’s (Ewan McGregor) life after the events of the first film, while highlighting the intergenerational dance between addiction and childhood trauma. The movie starts off with a vintage style Warner Brothers logo paired with the main theme from the score of Stanley Kubrick’s 1980 film, immediately letting the viewer know that the past will play a prominent role in this present-day story. Similarly, opening with a scene of The True Knot killing a small girl brings to the forefront The Shining’s story of older malevolent forces preying on sensitive and gifted children. 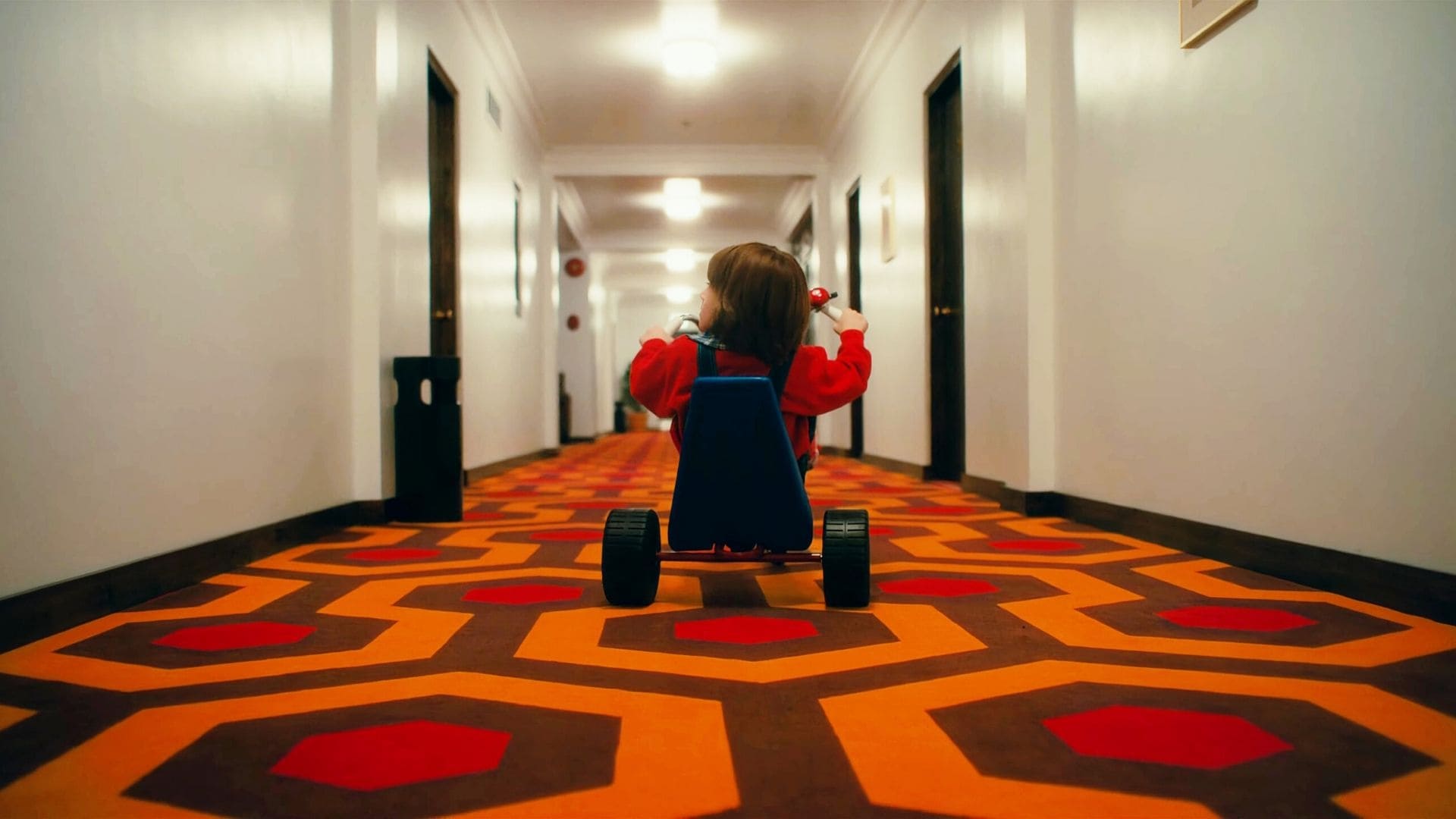 Shortly after he survives The Shining, young Danny Torrence is a highly traumatized child who isn’t speaking, sucks his thumb, and wets himself when frightened by trauma triggers.  Luckily he can still connect authentically with a positive adult influence, the spirit of Dick Hallorann (Carl Lumbly), who lets Danny know that his psychic powers (shining) are dangerous because they make him a target for forces that want to harm him. Dick teaches Danny a trick to help him move on from his past, a technique very similar to one used by those of us who help healing trauma survivors. Dick teaches Danny to create safe containers in his mind that will hold the trauma reminders that upset him most. Interestingly, Danny puts his safe containers in the frozen hedge maze from The Overlook Hotel, where he outsmarted his abusive and alcoholic father. This is likely a place of strength and justice for Danny. Soon after practicing this technique, Danny feels safe enough to speak again.

Doctor Sleep then jumps forward in time to show that, unfortunately but not surprisingly, adult Dan has developed into an aggressive alcoholic like his father. Alcoholism develops from a combination of genetics and early life stressors, and to say that Dan has both in spades is an understatement. Regrettably the film falls into the trope of portraying the stereotypical “bum” alcoholic who drinks and vomits while almost literally lying in a gutter. Most alcoholics are actually moderate- to high-functioning people and this depiction worsens stigma, making it harder for alcoholics to identify their disease. I have worked with many who took a long time to fully accept and get help because they weren’t a “drunken bum.”

Luckily Dan connects with Billy (Cliff Curtis), a fellow alcoholic who recognizes that Dan is “sick and tired” of being sick and tired. Billy is of service to Dan by helping him get a place to stay, a job, and most importantly introducing him to Alcoholics Anonymous (AA). Doctor Sleep’s portrayal of the AA program is very realistic and positive in nature. Drunkenness dulled Dan’s shining, and the longer he stays sober the stronger it comes back. This is a good parallel to how trauma memories and symptoms can often return in sobriety. Dan figures out how to manage and use his shining for good, helping patients at a hospice center transition from life to death more peacefully. Years of sobriety & recovery also allow Dan to create new meaningful personal connections, both to fellow AA members and to a young girl with a strong shining who he communicates with like a penpal. 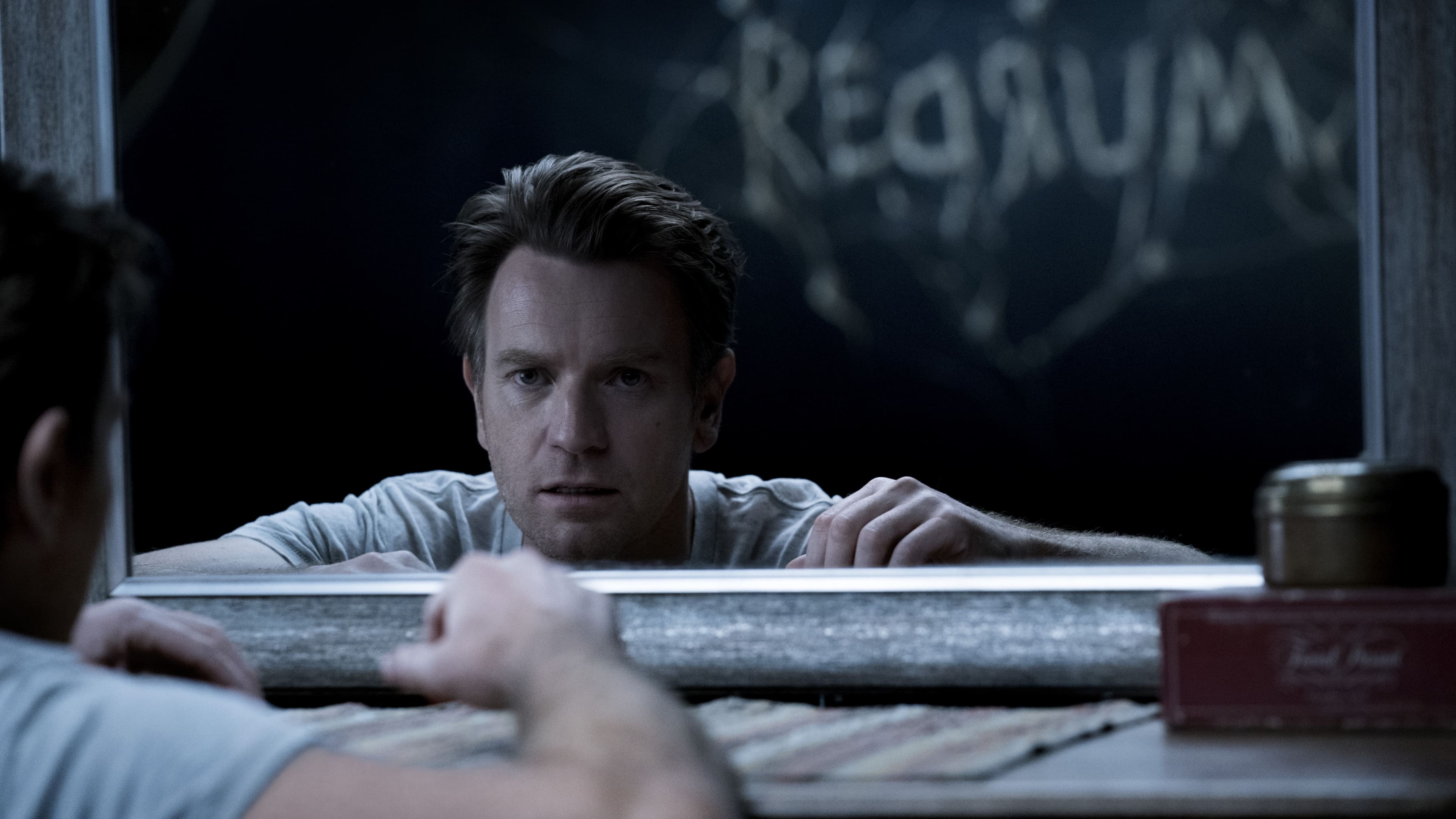 This girl, Abra (Kylieght Curran), uses her shining to witness The True Knot murder another child who shines in order to feed off of his life energy. These psychic vampires live off the pain of others, much like perpetrators seem to thrive off the pain they inflict on those they traumatize. Members of The True Knot sense Abra and make plans to find her so they can feed on her power as well. They mention hoping that she doesn’t get put on psychiatric medications because then her shining will be dulled. This is another unfortunate misstep the movie makes in regard to mental health. This viewpoint mirrors the common misconceptions people have about psychiatric medications, like the idea that they will dull a person’s true self. This is not accurate and not a great message for the film to send.

Much like Dick Hallorann was the positive adult mentor young Danny needed, Dan moves into that role with Abra. When she tells him of The True Knot he initially advises her to hide herself, to deny her authentic shine. But a visit from Dick helps Dan see that he needs to step up and protect Abra as his father Jack was never able to protect him. Much like in AA, it is through helping someone else in pain that real healing will come for Dan. When a member of The True Knot, Crow Daddy (Zahn McClarnon), captures Abra he acts very much like a typical abuser by trying to make her feel responsible for the wrongdoing committed by his friends. Dan comes very close to relapsing when faced with the danger Abra is in, as a child in danger is likely one of his biggest core trauma triggers to drink. Ultimately Abra & Dan need to return to the site of Dan’s original trauma, The Overlook Hotel, for the story to conclude and for Dan to find his final peace. “I have to wake it up,” he says, and trauma does indeed need to be woken up in some form for healing to occur. 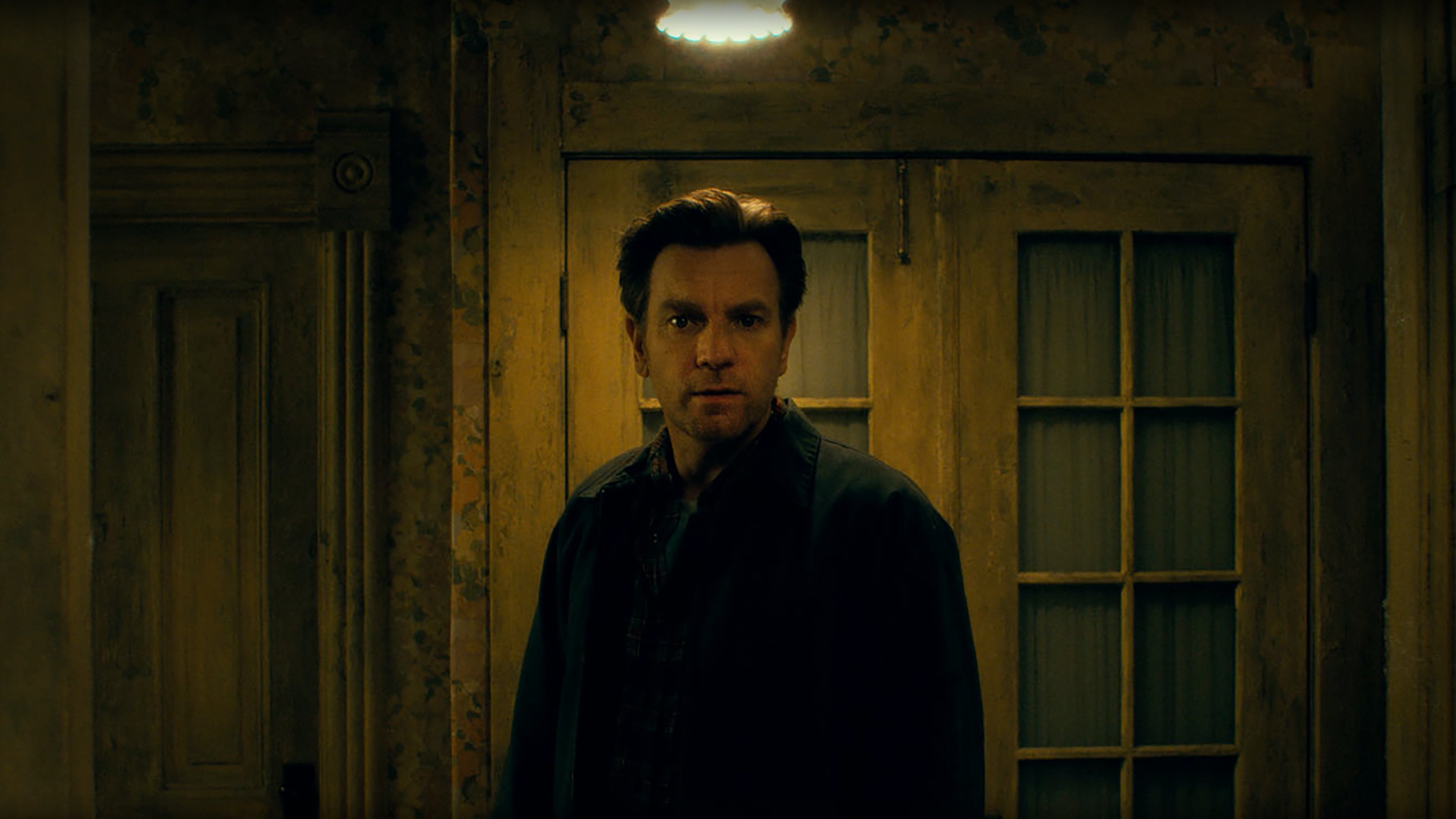 At The Overlook Dan faces the ghost of Jack (Henry Thomas), the original spectre of alcoholism and trauma in his life. Jack’s ghost gaslights Dan by acting as though he is not really his father. Adding insult to injury, Jack says very upsetting and triggering things in an attempt to get Dan to drink, but ultimately an old AA slogan (“A man takes a drink, the drink takes a drink, the drink takes the man”) helps Dan to not give in to treating alcohol as medicine. Similarly Rose the Hat (Rebecca Ferguson) offers Dan the opportunity to escape by becoming a fellow psychic vampire but he summons the strength to reject her offer. Even though the ghosts of his past cause him to temporarily act like his father with Abra, Dan ultimately protects her in the way he was never protected, helping her to safety and taking The Overlook Hotel down with him. After, Dan visits Abra in spirit form and encourages her to “shine on” by continuing to be her special and sensitive self. She internalizes this and ends the film by both being authentic with her mother and practicing her own version of the safe container trauma coping skill.

While it stumbles in its mental health messaging at times, overall Doctor Sleep does a solid job of showing the complex interplay between trauma and addiction. It offers a hopeful message that healing from both is possible, and that while one’s family may fail them or fall short, it is possible to find others who can help you grow and heal over time.