Proving that All Is One - A Conversation with Orphaned Land

Orphaned Land is a heavy metal band from Israel who has spent two decades preaching the message of universal brotherhood and religious peace. That sentence in and of itself is astounding for the number of contradictions it would seem to contain. But every word of it is true, and we should all be so blessed to be so passionate about such an important message. I'm going to come out and say it: I am a person of mixed religious heritage, and I feel so incredibly privileged to have been born in a time and place where that has never been an issue. I can't what my life would have been like if that hadn't been true. It's in that spirit that I take the message of Orphaned Land so seriously. I sat down with Chen Balbus, guitarist and instrumentalist for Orphaned Land, to talk about their new album, the creation of the band's unique sound, and the brotherhood that music inspires in us all.

M.DREW Describe the central theme of “All Is One.” What’s the message you want listeners to take away from this album?
CHEN BALBUS: We in Orphaned Land believe that music is the strongest power of all, we were proven so by the many events we went through in the years of Orphaned Land. An Israeli band with a huge amount of Arab fans. We are supposed to be 'enemies' according to the media and politicians, but yet people find the will to fight for peace within our music. I believe it's the best way to make even a small change on people’s minds. Through music you can hear your message where the whole world can listen to it and find reason within it. Our message is a simple message of “All Is One” - peace and unity to all of us. “All Is One” is our most tragic album - the whole album shows how we all fail to see that 'All Is One.'
M.D: For this album, you dropped almost all of your harsh vocals. What drove that decision, and how did it change the dynamic of your album?
CB: On “All Is One” we decided to lay off the growl vocals, but not because we don't like it anymore. We're still into growl vocals but it didn't feel right on this album. So on “All Is One” the clean vocals took the spotlight and Kobi [Farhi, vocals] did a magnificent job. We're very proud of how the final product has turned out. The only song that has growls was “Fail.” Kobi just wrote the lyrics and heard the song and thought this song is the angriest song in the album and the most fitting for the harsh vocals. We usually go by the decision of where it feels right - this album was meant to be a "no growl album" and later it changed when we heard a song like “Fail.”
M.D: “All Is One” feels like it relies more heavily on traditional Middle Eastern/Oriental music than your previous efforts. What took you in that direction during the writing?
CB: Orphaned Land always had those influences within the music since the “Sahara” days, since we are just growing to learn more and more and experience new elements from all sorts of music we get to learn about. We find a way to fit them all in our music. on “All Is One.” The Oriental sound is even richer than previous albums since it's a lighter and less complex album, the structures are shorter and there is more room for Oriental elements to take a bigger place on our music.
M.D: What’s the writing process like when you have to blend those elements with metal precepts, two things that don’t commonly go together? Do you worry about balance, or do you just go by feel?
CB: We are constant sound explorers, when we are in the studio we just find whatever we have there or bring along with us new ideas, many traditional instruments that might have a chance of sounding great and make a perfect fit within our music. I think the fact that we do use those uncommon instruments with modern metal music only enhances the unique sound of Orphaned Land. We never worry about any kind of balance, we just try to understand the feeling and approach towards a new instrument, and combining it with the modern metal music.
M.D: Describe your musical theory in terms of just the metal side – who influences you and what sound are you going for?
CB: We were always told that if we were living in Sweden, we would be called 'Opeth' and both the other way if Opeth lived in Israel. We always liked their musical creativity to blend so many elements within their music and still sound like Opeth. Among them we always liked Dream Theater, At The Gates, Amorphis - so many great bands have even a small influence on Orphaned Land. We love to explore any kind of good new sounds. as for “All Is One” we aimed to have the modern clear sound recorded at the best studios for metal, the home studio of Jens Bogren [Kreator, Opeth] - Fascination Streets in Sweden that made this album sound amazing, clear, grand and organic.

CB: To us to perform in Turkey is always an amazing experience. Turkey is like a safe place in the Middle-East that we can all go to and no one will stop us from entering and making our music and sharing it with many fans from all over the Middle-East that can't see us in their home countries. They come all across from their country to Turkey to see us and celebrate with us our true brotherhood that is taken away from us because of wars and hatred created by politicians and the media. Every time we have a show and we hear about fans who came from somewhere in the Middle-East [like] Iran, Iraq, et cetera, we always tell our managers to bring them right away to our backstage to meet us.
M.D: When you’re playing in a location like that, does the crowd even recognize their differences? Or are they joined in celebration of your band?
CB: Usually we ask our fans to bring their flags to our shows and lift them up with pride, showing the whole world that fail to see that all we are is one - showing them how we're all in the same place with no hate, only brotherhood and unity by the power of music that unites us all, celebrating together in a perfect harmony unlike how the media shows that we only strive for wars. We don't care about any cultural difference between us or by how we look, above all we are just simple men. We celebrate together that wonderful thing that's called music and show that there is more than just hate in the Middle-East.
M.D: Why is your message of religious tolerance and brotherhood so personal to you? Do you have personal experiences that shaped or influenced your mission?
CB: After all we live in the Middle-East in this kind of reality that has so much hate around it from all over. Again and again we experience wars with the hope for peace from both sides while the politicians lead our armies to wars all over instead of finding the solution. In the many events that occurred to Orphaned Land through the years with meeting fans from all over those countries that are supposed to be our enemies. Seeing that we're all brothers and there's more than just hate - there's brotherhood hidden by the media that shows us only death and blood. Each event just lead us to spread our message as much as possible since it's the most important message there is, and with the power of music it can be heard all over the world - the message of peace.
M.D: After 20 years of producing music, do you like you’ve made progress with your message?
CB: Definitely, we made quite a big impact as a metal band, we manage to do more than our politicians and our ambassadors do. We were titled by our fans 'The Ambassadors of Peace' and our fans even opened a petition to nominate us for a Nobel prize for peace. To us it's amazing to see how people believe in our music and message. From each event that we experience - we see the importance of what we're doing and seeing how it does effect the world - even if only a small part of it. It's worth all the effort.
M.D: What’s the place you’d most like to play that you’re currently not allowed to? Why that place?
CB: I usually hear about lots of metal bands that are going to play in Dubai. I would love to visit there and in general we don't have any preference on where to go in the Middle-East. Each and every place in the Middle-East is special to us and means to us more than just another place to go to. We hear about so many fans that we have there, Orphaned Land wants to play wherever there are fans who would like to celebrate with us and share the power of music together, show the brotherhood that the world can't see while being brainwashed like a sheep by the media.
M.D: There are practically entire sections of the world where your band can’t play. What, in your opinion, bars you from playing there? Why would leaders put up laws that prevent you?
CB: In general Israelis are not allowed to enter most Arab countries due to the fact that we're considered as enemy countries. Both sides putting up their defense systems, instead of finding ways to solve the situation between both sides. I believe that when it would be allowed to enter any country other than Turkey…we would go there to play for our fans right away. We even tried to apply for a Turkish citizenship to give us the chance to enter those countries that we're not allowed to enter with an Israeli passport.
M.D: Let’s say we’re in Israel and meeting for dinner. What would be a traditional Israeli meal? What would we be eating, what would we be drinking?
CB: It's best to save it for lunch, a good hummus plate at the best hummus restaurant and having either cola or beer for a drink. Sometimes it tastes so good that you can have tears in your eyes. 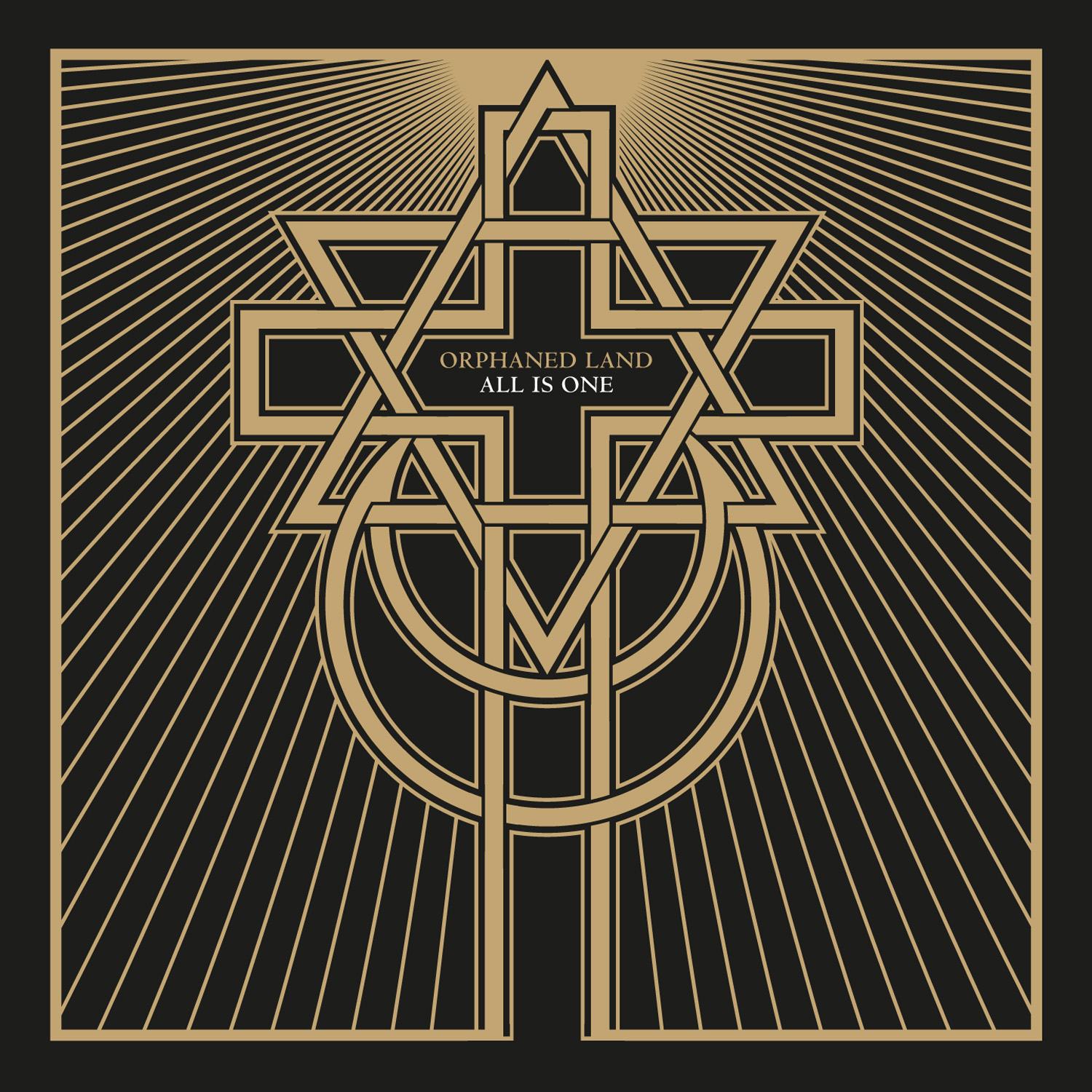 For more info on Orphaned Land, check them out here: