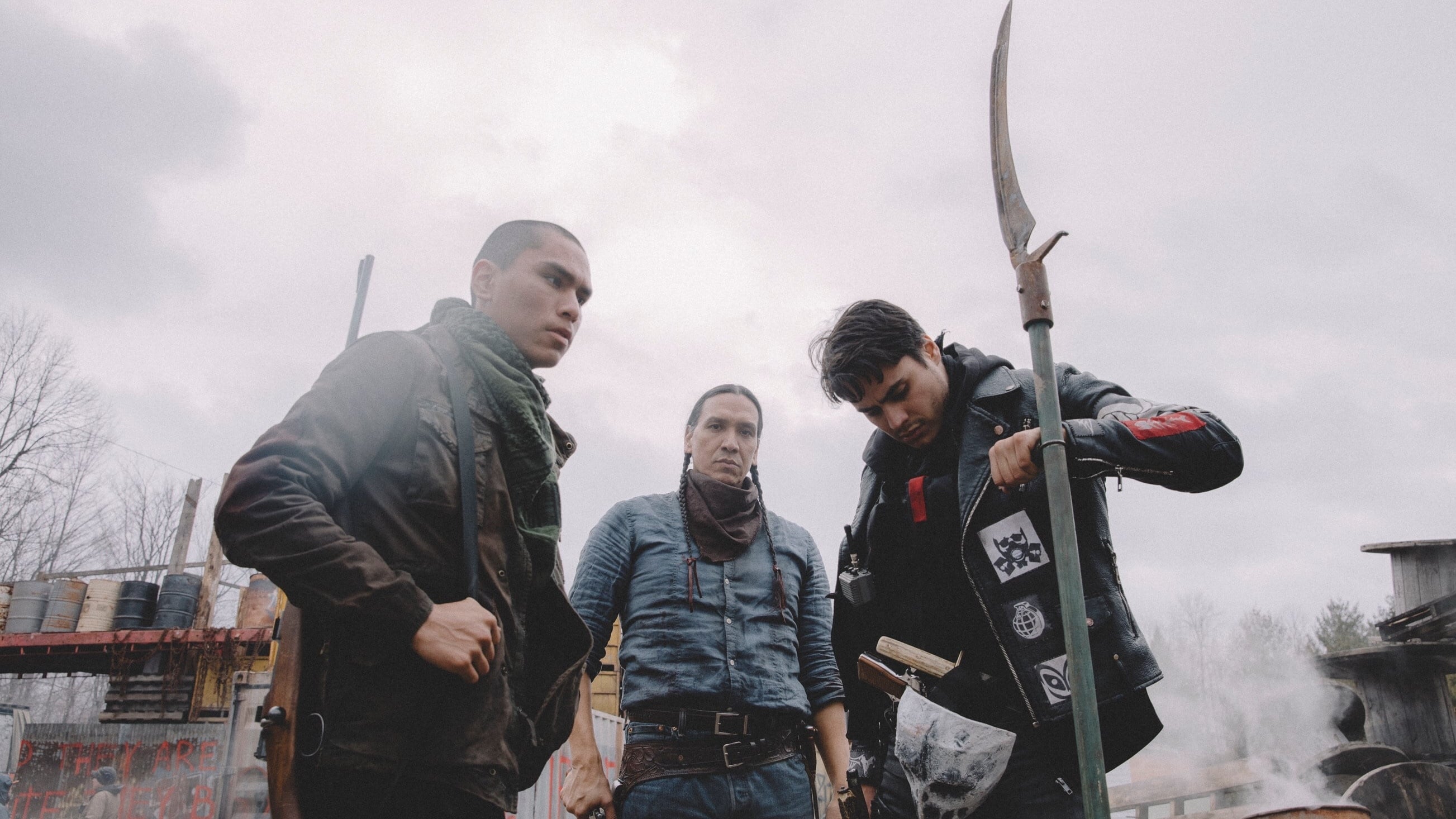 In Extremis: The Impact of Blood Quantum Laws

Disclaimer: In Extremis looks at horror film through a legal lens. Unless you are a Zed, you know that getting independent legal advice prior to forming a post apocalyptic bunker is essential. Watch the movie first or you’re just spoiling your appetite before we bite in.

I am a caucasian lawyer living in Mi’kma’ki, the ancestral and unceded territory of the Mi’kmaq People. The British Crown in 1725 entered into the “Treaties of Peace and Friendship”. These were the beginning of several treaties between the British and Indigenous population in Eastern Canada and the United States.(1) Unlike later treaties signed in other parts of Canada, the Peace and Friendship Treaties did not involve First Nations surrendering rights to the lands and resources they had traditionally used and occupied. I begin with this information to state that we are all treaty people and whether or not you or your family historically entered into treaties with indigenous people, they are an essential part of our histories and our laws in North America.

So what does this have to do with horror? Growing up, I did not know enough about Canada’s indigenous people. I had history classes where we saw the archaeological longhouses at Crawford lake,(2) and learned about conflicts in the 1700s that were often footnoted with indigenous history. I had friends who were Odawa when I lived in Ontario. I had a teacher in fourth grade show us a CBC film called Where the Spirit Lives (1989) and I remember thinking how awful being in a residential school must have been. The residential school system was designed to “kill the indian in the child” as was acknowledged in Prime Minister Stephen Harper’s apology on behalf of Canada in 2008.(3) They were state sponsored religious run schools that separated children from their families, removed people’s ability to speak their language, and led to horrific rates of neglect, physical, and sexual assaults of school children.

Similarly to residential schools, the laws around blood quantum were used to legally define a person’s racial status to detrimental effect and we see that inverted in the Blood Quantum (2019). Written and directed by Jeff Barnaby, the film takes the cliche story of a group of survivors that breaks down, while adding the unique twist that our indigenous protagonists cannot be turned into zombies. This leads to factionism between some in the group that wish to kill off the infectable white people, and those that want to maintain their peaceful relations.

A blood quantum in the context of law is the percentage of indigenous ancestry a person can trace back to the original reports taken by the Crown or American civil servants. A person was granted status if there was a direct connection to an indigenous tribe at the time the censuses were taken. These reports were riddled with errors as the civil servants were not familiar with how indigenous people characterized themselves as indigenous. Furthermore, the entire point was to end the bloodline by removing status from future generations in an attempt to exhaust the duties the government owed under treaty.(3)

In Canada, the relationship of the Crown to indigenous people are governed by the Indian Act, and section 91(24) of the British North America Act. Metis, Inuit, and non-status people were not included. Historically, women with status marrying a non-status man removed their status. This led to a series of cases which have modified section 12 of the Indian Act by allowing a child to apply if either of their parents were registered as status Indians, but this does not wholly solve the problem.(4) Other ways of losing status are things we take for granted:1) if an indigenous person wanted the ability to vote; 2) joined the Armed Forces; 3) became a professional like a lawyer or doctor; or even 4) obtained a university degree.(5)

How does blood quantum apply to the film itself?  Our leads include a Mi’kmaq police officer, Traylor (Michael Greyeyes) who is trying to contend with his children, and his ex-partner Joss (Elle-Máijá Tailfeathers), who is a Mi’kmaq Doctor. The choice to put these characters in positions of status and authority in Canadian society is important to the story. It highlights the issues with authority and its intersection with race, and is aspirational for indigenous viewers to see representations of an indigenous professional that does not have to conform to the previous hegemonic system. There are moments of rejection of elders by younger generations who are despondent to what happened prior to the collapse of the previous societal structures. Further, the entire story revolves around conceptions of when does indigeneity present itself -- when the state that previously defined indigenous status ceases to function then self-determination, self-governance and sociocultural practices of indigeneity are paramount. The film ultimately leads to murder and genocide based on a fear of the other which reflects colonial practices, but we are left with the hope of continuing traditions and redefining an indigenous future.

I normally write about the law, but as in most zombie movies the laws of the previous society have broken down and we are left with self-governance which can be hard to examine without knowing more then the film has time to show us. But I will posit a question -- when you look at the news and see boil water advisories all across Canada preventing indigenous people on reserves from access to clean water;(6) when you are aware of the hugely disproportionate number of missing and murdered indigenous women and girls; when you hear about the suicide rates despite defunding of aboriginal specific mental health hotlines(7) (and we could go on for a very long time); what are you doing on a daily basis to help end colonial practices that have disenfranchised indigenous people in Canada and the United States? I ask because there are still oppressive laws, a lack of proper funding of essential services including healthcare, and the legacy of genocide in our countries that are a real life horrror that we need to face daily. So let’s work together as treaty people.

Blood Quantum is also a lot of fun, has some inventive takes on what you expect in a zombie film, and has compelling lived-in characters. I give it a 4/5 and a 7/10 for legal realism (police processes are not exact and the holding cell was sadly very realistic -- and called out police for not properly checking on “intoxicated” persons in the “drunk tank” which has led to several wrongful deaths).