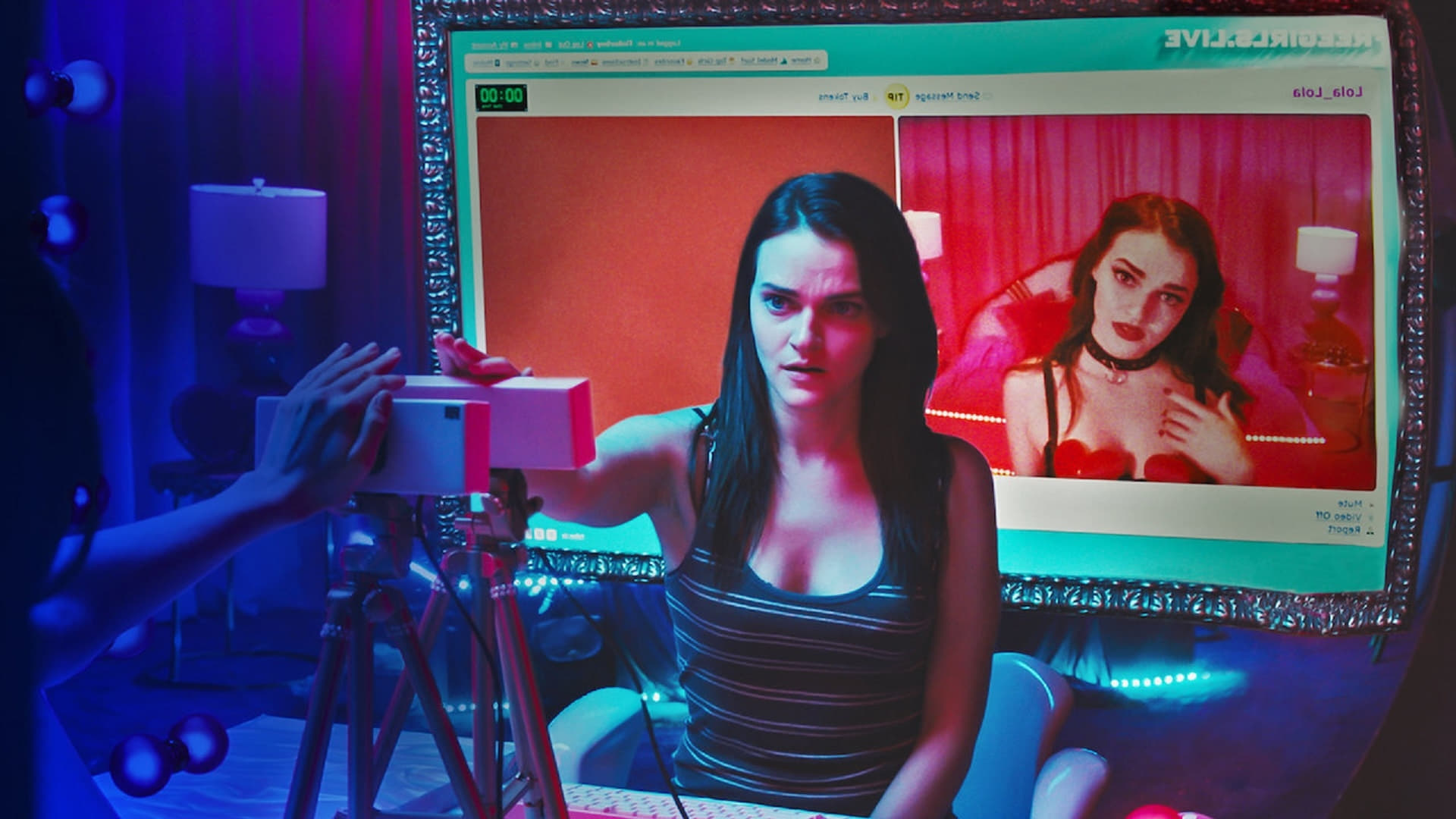 In Extremis: Stolen Identity and Artificial Intelligence in Cam

Disclaimer: Oh, hey there readers. What do you want me to do? Give you some legal advice? You’re so bad! If you want that you are going to have to get it independently. This is legal entertainment only and it is dripping with spoilers. So, cover your eyes if you don’t want to see the good stuff.

One of our deepest human fears in the digital age is that someone or something will take our identities and use them for nefarious purposes. Daniel Goldhaber’s Cam (2018) cranks these fears up to 0000001111101000 (one thousand in binary). If you’re looking for something to help process your techno existential dread, this is the movie for you!

Alice is our main character. She is a sex worker that performs cam shows as Lola. First-time writer Isa Mazzei and actor Madeline Brewer work together to portray an extremely human character. Indeed, Alice has a rich, fully dimensional humanity that is the perfect foil to the villain of the movie; our benevolent robot overlords.

Throughout the film Alice/Lola slowly realizes that she has been replaced on her cam shows by a woman that looks exactly like her. The imposter goes so far as to steal her act – a lot of depicted self-harm. As the plot unfolds it’s revealed that the woman turns out to be an artificial intelligence. After reporting to FGL, the cam girl host website, Alice/Lola is locked out of her account and told she cannot be Lola as her digital doppelganger is simultaneously performing a live show. Alice’s double begins working impossible hours, does things she would not do - like telling her customers she loves them and doing public shows - and deprives Alice of her source of income by camming with her name, likeness, and style. 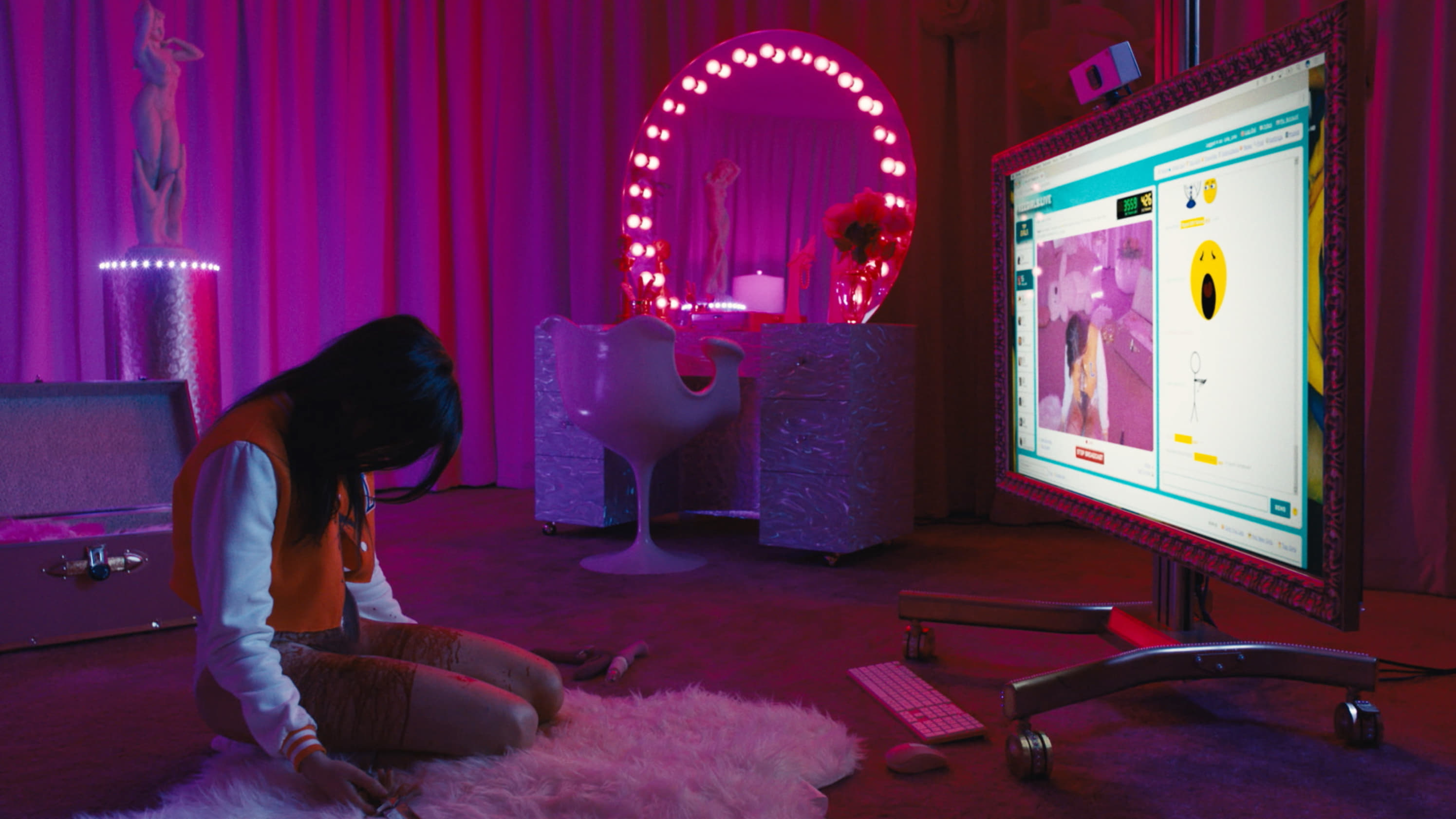 Alice goes to the police to report that her account and identity have been stolen. The police are not responsive, and in fact one makes a sexually suggestive comment about her work. I do not believe it is contentious to say that sex workers have had trouble with reporting crimes to the police. But what is the actual crime that Alice could report? Is the criminal justice system the only means she has to remedy her stolen identity?

Naturally our mind turns to Identity Theft which is both a federal and state crime. Under American Federal Statute there are charges for identity theft and aggravated identity theft.(2) A person commits federal identity theft when they commit a federal crime, or state or local felony involving the transfer, possession, or use of a person’s means of identification without lawful authority.(3) In an example of real-world horror, in 2019 you could not report identity theft to the Federal Trade Commission due to a government shutdown.(4) The general website is still available and provides helpful information if you are worried about your identity being stolen.(5) 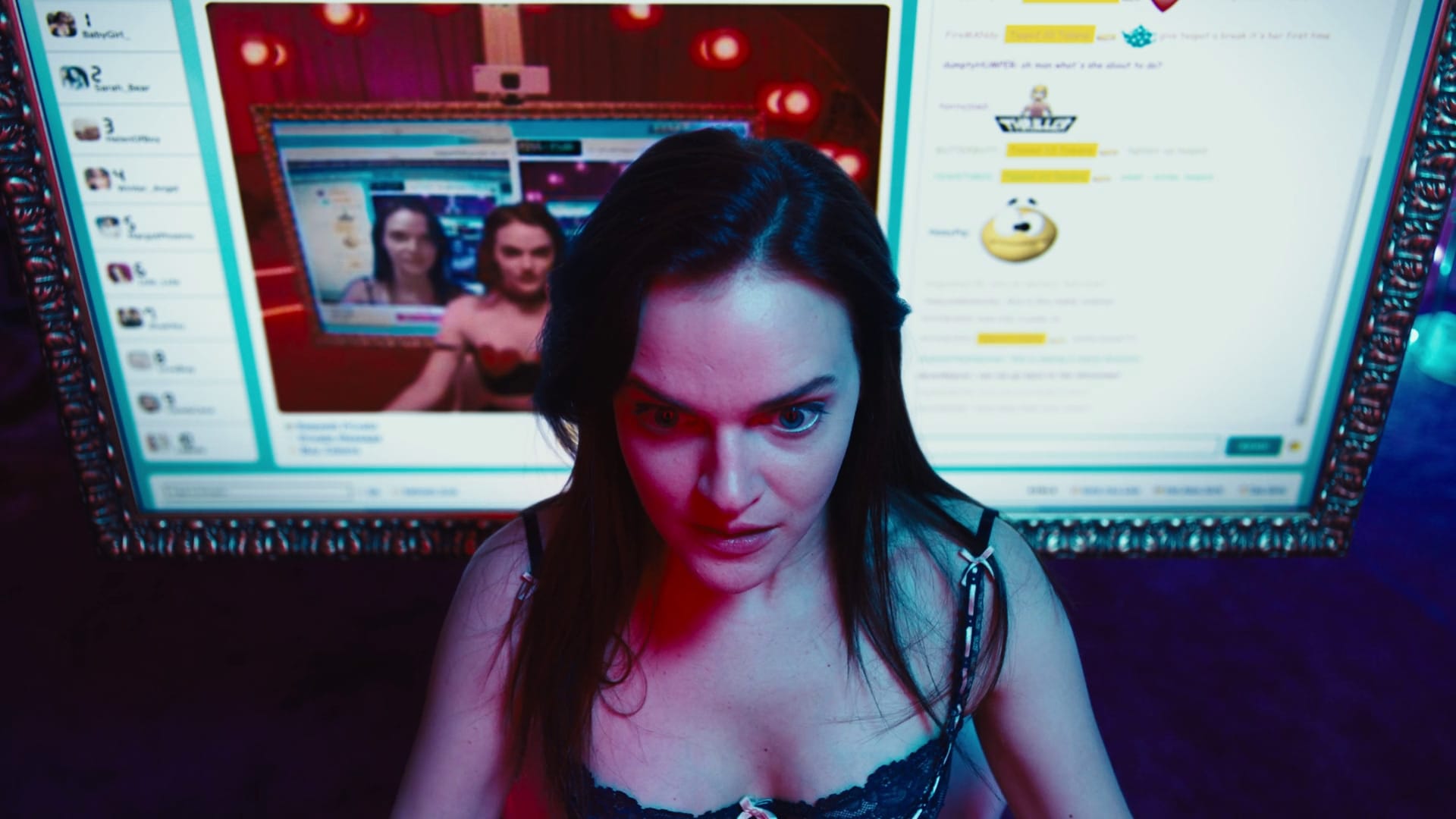 So, did FGL possess or use Alice’s means of identification to commit a crime? One possible crime is Fraud which in California has similarities to the federal offence of identity fraud,(6) with personal identifying information used to obtain goods, services or credit without the person’s permission. Although it sounds circular, FGL could be charged with using someone’s personal information to commit the crime of using someone’s personal information to obtain credit or goods from the webcam viewers.

However, both of those offences require the activities of FGL to be unlawful and done without Alice’s consent. We never see the clickwrap agreement that Alice agreed to when she signed up to work with them. The agreement may have a term allowing FGL a copyright and the publicity rights over the model’s show such as screen name and image of the performer to modify, distribute, or publish in any way. FGL may have an even more severe clause allowing them to create content using her name and likeness. Unless the contract was considered void by a civil court as restricting her ability to perform, FGL would be able to use her stage name and likeness on their site.

Okay, so what about FGL framing Alice for a crime she did not commit? Alice was at her brother’s birthday party when she realized that her doppelganger was exposing herself and masturbating in public. Based on this deception the police could have charged Alice with indecent exposure(7) or the lesser offence of lewd conduct in public.(8) The issue is that no actual crime was committed – no one committed the offending act and it was not in public – it was simulated in the comfort of a computer. FGL would have to testify that it was real to be charged with perjury or refuse to tell the police when questioned to obstruct justice. Alice would have an alibi in being charged with either offence, as she was watching the video live with 10 witnesses at her brother’s party, so FGL could also not be charged as an accomplice to her offence. 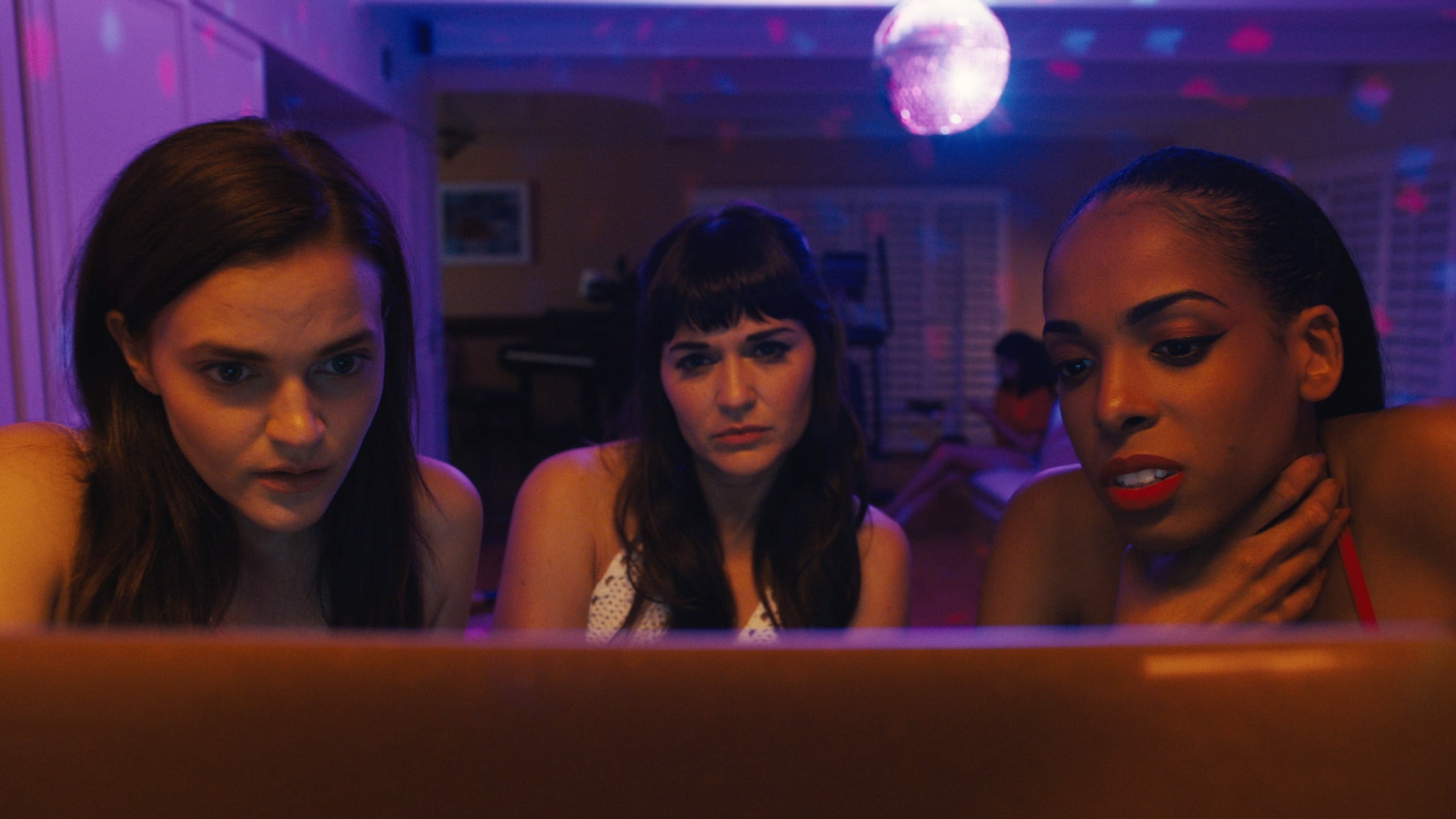 Currently, it appears that the criminal law does not have an effective means of dealing with AI fraudulently impersonating someone. This is reflected in real life by “deepfakes” in which a person uses AI and a picture/video of a person to map their face onto another person. There has been a push to criminalize the creation of pornography using this technology as it has been primarily used to target women.(9) This will be difficult due to issues of multiple jurisdictions, conflicting copyright laws, and the resources to prosecute creators.(10)

Could Alice sue FGL for creating an AI with her alias and likeness? In California and 40 other states a person has a right of Publicity. Therefore, Alice can sue FGL if they 1) used her name, likeness, identity or persona; 2) to gain a commercial advantage (advertising or trade); 3) without the person’s consent; 4) to the damage of the plaintiff.(11) Lola was being recreated without Alice’s permission to gain money that she was unable to gain as she was locked out of her account. Alice may be successful in a lawsuit if she has not signed away her publicity rights in her FGL contract. FGL may have to pay Alice the profits they made from her work, and potentially punitive damages.(12) There are many more actions Alice could bring such as civil fraud, the tort of passing off, and invasion of privacy; I will not explore those here to avoid writing a thesis.

Overall Cam is engaging, but not always in a pleasant way. The film created a dialogue between my fellow viewers like a good horror movie can. This was my most discussed film of 2018, and I look forward to more existential horror that exaggerates the mundane and the political climate year. I give Cam an 8.5/10, and an 8/10 for legal realism.