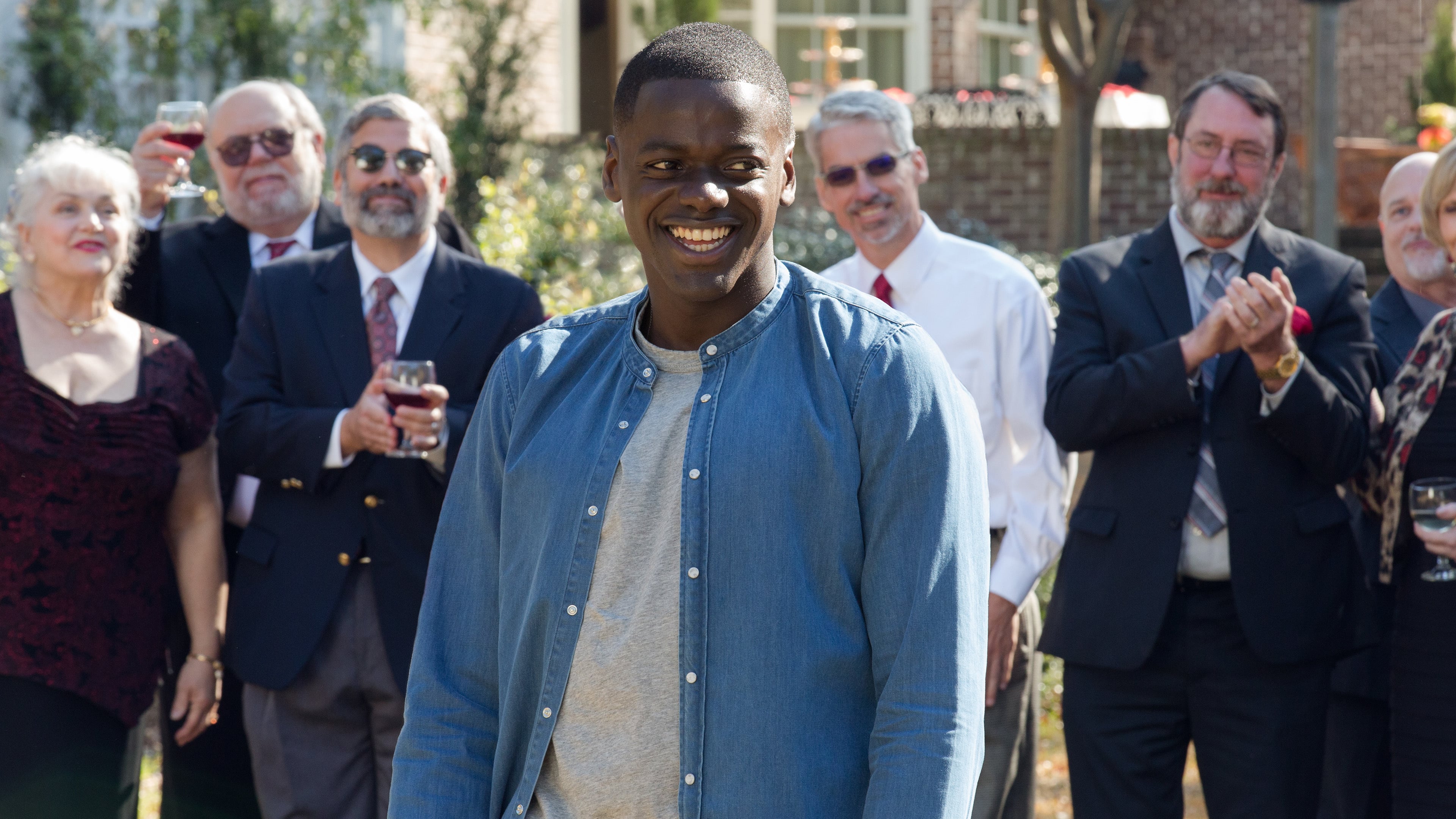 In Extremis: Self Defense Laws and Get Out

Editor's Note: With the release of Xavier Burgin's Horror Noire on Shudder and in anticipation of Us next month, resident BGH lawyer Adam takes a look back on Jordan Peele’s 2017 debut, Get Out. Burgin’s documentary of Robin R. Means Coleman’s essential text addresses the fraught history of Black representation in United States genre cinema. The film is bookended with segments dedicated to Get Out, a framing device that illuminates how incredibly incisive Peele’s film is. That the finale of Get Out provides a satisfying catharsis while gesturing at the real horror that may await its protagonist is one of the true wonders worked by Peele. Chris has suffered and fought and he should survive. But he almost doesn’t. In this entry of In Extremis, Adam takes a closer look at the legality surrounding the ending of Get Out.

Disclaimer: This review contains spoilers for a film that has a 98% Fresh Rating on Rotten Tomatoes. If you want to avoid spoilers then WATCH THE DAMN MOVIE. This is also legal entertainment and provides no legal advice. I am also a Solicitor in Canada, so my knowledge of US State and Federal law is not comprehensive so please consult a lawyer before enacting righteous vengeance.

Back in 2017 Bloody Good Horror voted Get Out to be the best horror film of that year. When I saw a movie about racialized body theft through hypo possession/surgery I knew there would be plenty to explore vis-á-vis the law. In particular, the film’s finale offers a rich frame for discussing some hotly litigated situations.

Jordan Peele filmed a downbeat alternative ending to the film in which Chris Washington (Daniel Kaluuya), our protagonist, is shot to death by racist cops…but then they’d have to put based on a true story in the opening title cards. Instead, in the theatrical ending he is saved by his friend Rod (Lil Rel Howery), in a cop car, to the cheers of the audience in the theatre I was in. So, what happens after the police do show up and find a house and street full of dead people; would Chris be charged with murder? Manslaughter?

For a prosecution to be successful there must be evidence. That sounds obvious, but let’s look at what happens in the film. Evidence that Chris went to the Armitage house would be useful when proving Chris’ connection to the deaths. At the beginning of the film Chris’ girlfriend Rose Armitage (Allison Williams) stops the police officer from collecting Chris’ ID. At the time we think the action is her defending her boyfriend, but it was likely an attempt to reduce the paper trail that he went to their house. The Armitages do not want anyone else to know Chris is there.

So, who knew he was there? Rose is dying of blood loss by the end of the film, so unless the police/EMS got there fast it is unlikely she will give a death bed statement. The other bidders who went to the party are unlikely to testify in case their connection to the events could be found out. Rod, Chris’ friend, told the police about what was going on and they laughed him out of the station. So, it is unlikely that there are any witnesses to the killings or anyone that will place Chris at the scene of the crime. Outside of finding some of Chris’ DNA or the police investigating Rose’s ex-lovers, which will turn up a lot of dead ends (get it), there is no connection to Chris and no reason for the police to investigate him in the first place.

But if for some reason the police do attempt to pin the killings on Chris, he can claim self defence, right? That depends on where the movie takes place, which is unclear. It was filmed in Alabama, so I used Alabama’s self defence provisions for – Use of force in defense of a person.(1)  Chis would be justified in using deadly physical force if he reasonably believed the other person is engaged in kidnapping(2) and since he is the one being kidnapped it is the definition of reasonable.

However, Chris is legally required to retreat, if it reasonably appears that he could avoid the necessity of using deadly force with complete safety. This would not have been the case if he was in his own house thanks to the ridiculous stand your ground laws (Rose Armitage could not use this defence [if she survived] as she was the aggressor). An argument could be made that Chris had the opportunity to retreat without killing Dean (Bradley Whitford) or Missy (Catherine Keener). But in that life-threatening situation where you are trapped in someone’s house where people have the intent to kill you, a defence attorney may be successful in proving that there was no possible escape to complete safety without killing them.

In summation, the prosecution will likely not be going after Chris and if they did, he could be successful in employing Alabama’s self defence laws, depending on if he had a fair and impartial jury; and when has a jury in Alabama ever been less than impartial?(3)

Overall, I give Get Out a 9/10 for legal realism, and in no way because I loved this film; I cannot be bribed (thanks again Mr. Peele for the autograph).