Horror Gaming: Sheep, Blocks and Stress... The Nightmares of "Catherine"

It was 1997 and I was a wee lad of only 11 years old. I had spent the day hanging out with my “cool” Uncle, and we had just gotten back from a late night (well, late night for an 11 year old) showing of “Starship Troopers”. Flush with energy from the large Cherry Coke, the box of Buncha Crunch and the gratuitous sci-fi violence I had just consumed, my Uncle realized that the only way this day could get any cooler was to introduce me to a little video game he had been playing recently called “Resident Evil”. At the time I was a Nintendo 64 kid and was therefore sheltered from the adult themes and graphic violence featured on the Playstation, so my little mind wasn’t ready for what I was about to see next. Zombies graphically tearing away at the flesh of the living. Giant spiders dropping from the ceiling in front of the player. Oh, and of course, those goddamn dogs that jumped through the windows. It was terrifying and I don’t think I slept a wink that night. To this day, the original “Resident Evil” still holds a special place in my heart and I try to go back and revisit it every October when Halloween’s lurking around the corner. As scary as the original “Resident Evil” was, it doesn’t top my list of scary video games. That honor belongs to an unassuming little puzzle game called “Catherine”. 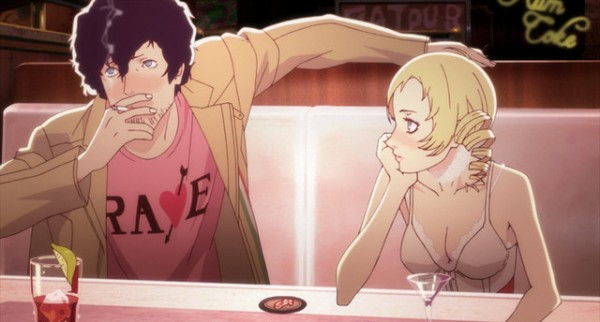 What makes “Catherine” so terrifying you ask? Well, it’s certainly not zombies, as there are none of those. Or giant spiders, crazy chainsaw wielding Europeans, horribly deformed aliens or any of the things that you’ll find in modern day horror games for that matter. And it’s certainly not the gameplay. You’ll never find yourself outrunning a horde of bloodthirsty creatures out to kill you, but you certainly will find yourself moving a lot of blocks and climbing a tower like some weird hybrid of “Q*Bert” and “Intelligent Qube” (yeah, an “Intelligent Qube” reference, get on my level). So if there’s no traditional horror elements and it’s a puzzle game, how can “Catherine” leave a grown man scared shitless? The process of elimination would leave one thing, the story.

“Catherine” follows the story of a young man in his twenties named Vincent. Vincent hates his shitty programming job, has no long term hopes, dreams or aspirations, and is pretty much a glorified man-child. Despite this, Vincent is in a long term relationship with a woman named Katherine, who’s pretty much the exact opposite. She excels at her job, sets long term goals (which include marriage and babies), and is pretty much the model modern woman. While there’s some pretty obvious problems with this relationship on paper, the largest is easily the fact that Vincent keeps waking up next to a different woman named Catherine, a bubbly sexpot that’s shows signs of being pretty unhinged and possibly dangerous. Thing is, Vincent never remembers going home with her, much like he never remembers the night terrors he has every night that involve him climbing a seemingly endless tower to escape from an unknown horror. 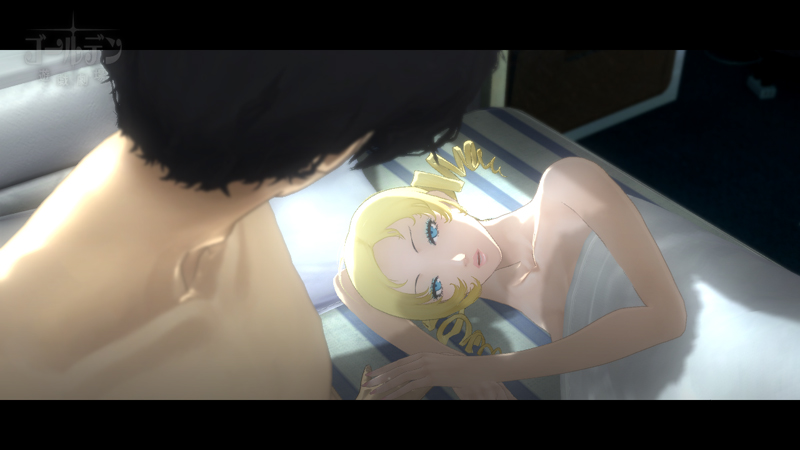 Now, I’ve never found myself in a love triangle, never cheated on a significant other, nor am I an aimless bum with no long term goals. I in no way resemble the main character of Vincent, outside of the fact that we both go weeks in between shaves and hate wearing suits. But I have found myself awake at 3:00 in the morning, heart racing, because of work related stress. I’ve had panic attacks after break-ups. The thought of having a child is a thought so terrifying I can barely even conceive of it as a reality. These are all real fears that pretty much every man in his mid-twenties has, and that’s what makes “Catherine” such an effectively terrifying game. The terror it dishes out is based in reality. While some aspects of the game may touch upon the supernatural or be stylized, the root cause of the horror are all things pretty much every man in his mid-twenties can relate to.

Playing video games is a form of escapism. The momentary “oh shit” feeling I get when those goddamn dogs jump out of the window in “Resident Evil” crowds out the stress of everyday life, if only for an instant. For a lot of men, that stress is caused by a fear of the future and the uncertainty that comes with it. At some point in time, jobs become careers, girlfriends become fiances, fiances become wives and wives become mothers of your children. These are frightening transitions for many as each one signals the progressive death of youth, and the inevitable advancement towards the ultimate end we all face. The greatest, most terrifying thing about “Catherine” is that instead of allowing you to momentarily escape these fears, it causes you to face them fears head on, and confront the fact that they are unavoidable.

Since the release of “Resident Evil” back in 1996, game developers have seemingly been in an arms race to see who could make the most terrifying game. Soon enough the zombies of “Resident Evil” weren’t enough, and games actively started to mess with the player in creative ways such as in “Eternal Darkness”. HD systems brought in games like “Dead Space” that masterfully created deeply unsettling environments through the use of lighting and sound (seriously, play that game and tell me you can listen to “Twinkle, Twinkle, Little Star” again without being creeped out). The thing is, the developers for these games all missed the most terrifying subject of all, the things that gamers play these games to escape.

The next time you’re looking for a truly scary game to play, look past the zombies, the space aliens and the hell demons and look for the puzzle game with the sheep. Trust me, it’ll do the trick. 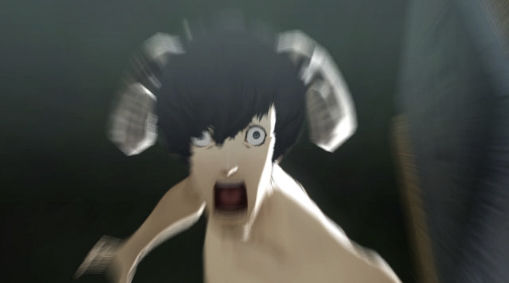