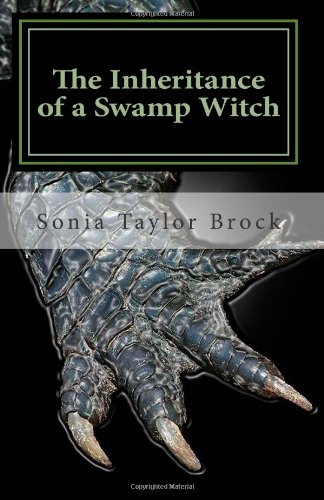 Book Review: The Inheritance of a Swamp Witch by Sonia Taylor Brock

Who hasn’t had the tiniest notion of being the one to discover something new and exciting at some point in one’s career or life? Technically, I suppose that can be argued, but for my sake, let’s just agree to some extent that everyone wants to be a part of something unique, yes? Finding where one belongs and what one is destined for in their life is the foundation of Sonia Taylor Brock’s book one of the Swamp Witch series, The Inheritance of a Swamp Witch.

Dan Rawlings is an investigative journalist from the big city of Los Angeles looking to make his first big break on an inheritance story to get published. Rawlings’ search takes him to the Louisiana back-country where he is immediately recognized as an outsider and his questions are not welcomed. When an invitation is extended to visit the homestead of a remaining family member of whom he’s been looking, Rawlings begins to realize there is more going on in this small town than just family drama. As Rawlings descends further into the history of the Hamilton family, he sees the swampland is rampant with everything from shape-shifters, mermaids, humanoid alligators, witches, and dragons -- and he begins to suspect that something more than an inquisitive hunch took him there.

Being Brock’s first (and not to mentioned self-published book) there are a few formatting missteps but none that are large enough to deter from the solid storytelling. A light read in the vein of Charlene Harris’ later installations of the Sookie Stackhouse series, with comic-dramatic flair similar to that of the “Buffy the Vampire Slayer” television series, The Inheritance of a Swamp Witch provides a quick, fun romp through the ever mystical Louisiana back country.

Check out "The Inheritance of a Swamp Witch" at Amazon.com.