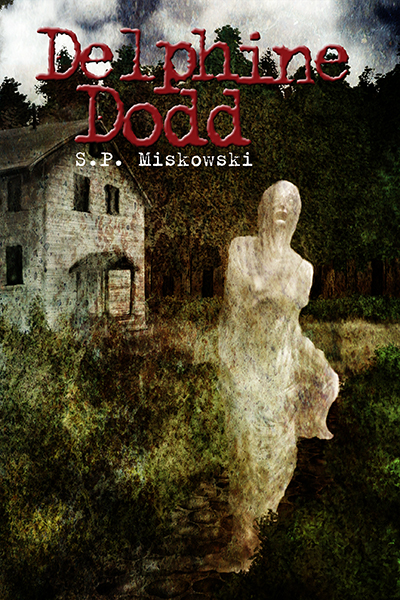 Left on the roadside by their wayward and absconding mother, Delphine Dodd realizes this time is not like the others. She and her little sister, Olive, have been discarded on the side of the road like trash, only to find themselves floating aimlessly into the care of their unfamiliar grandmother. Set in the early settlement years before the First World War, S.P Miskowski weaves Delphine’s vivid recollections of her adolescence into a haunting dreamscape.

Once comfortably settled with their grandmother, Eve Alice, in her small and secluded cabin, Delphine and Olive graciously begin to submerge themselves in the Pacific Northwest landscape. In the shadow of Coffin Rock, where Delphine’s native ancestors were born, raised and buried, the girls begin learning the art of homemade remedies from their grandmother and the cycle of good and evil. Divided into two sections, the novella follows the girls’ life with their loving and knowledgeable grandmother whose small haven of a home has travesties lurking beyond the forest that will haunt Delphine into her adult life, into the second half of the book, where Delphine’s life is haunted by the ghosts of the living.

S.P. Miskowski’s Delphine Dodd reads like an old family tale told by that old, wispy grandmother that had a strange wives-tale of a solution for whatever ailed you. Mysterious remedies, superstitions, talismans, ghosts, and evil in the flesh waft throughout the pages of Miskowski’s writing like a chill that tingles your spine. A gripping story with such a depth, you’re often left scrambling for the line that divides the dimensions between reality and the paranormal. Genuine and provoking, Delphine Dodd allows the reader to determine which is more haunting, the ghost of your past or the one in your present.