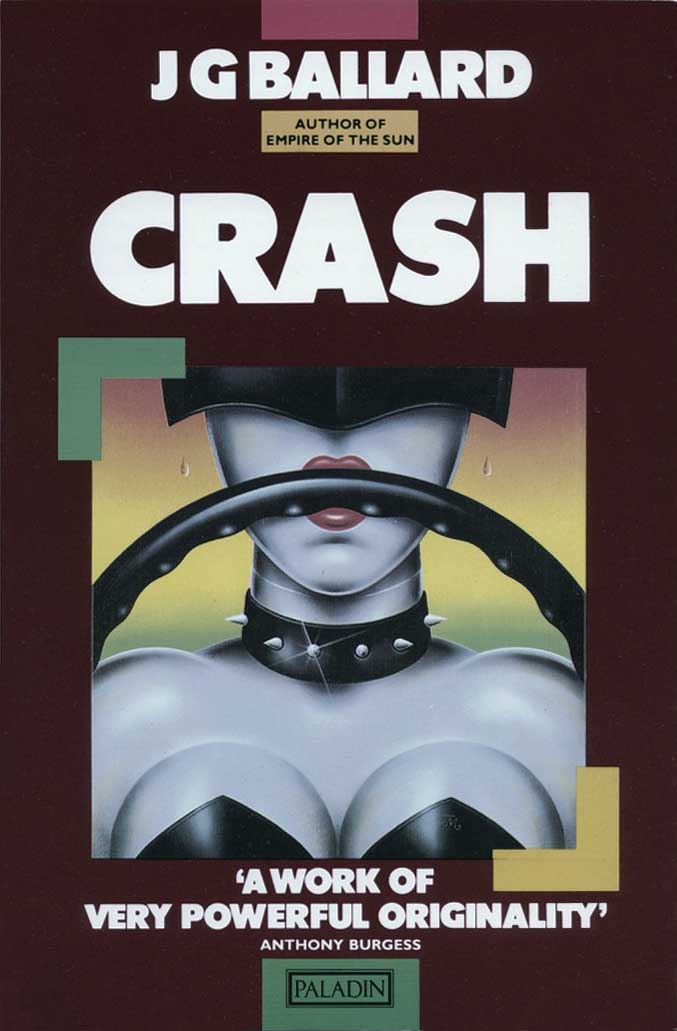 JG Ballard spares no detail of the human fascination with sex, violence, and death in his novel Crash. Navigating the crowded technological highway of civilization, Ballard graphically implores the emphasis of technology and it’s replacing of human interaction. Desperate for emotional and physical connections, Ballard’s characters neurotically obsess over the pain and scars that car collisions leave on their flesh, as well as the sexual symmetry of the event itself.

The main character, James Ballard (named after the author himself after seeing a rather horrific car crash in real life), is involved in a terrible head on collision with a married couple, where he and the other man’s wife are the only survivors. After watching the husband of the woman burst through the windshield and bleed out on the hood on his car, James broods over the event in his hospital bed. Becoming more and more enthralled with this new sexual awakening experienced from the cold, unyielding steel and metal he becomes involved in a downward spiral of addiction. After meeting Vaughan, and his fellow believers of this sexual awakening through the horror of blood, split flesh and broken bones, James fulfills this need with the reenacting the car crashes of celebrities.

Though not an actual horror novel, the plot of Crash is horrifically perverse and disturbingly accurate on several levels. The search for humanity among lifeless, manmade vehicles is oxymoronic, but clawed and grasped at with bloodied detail by Ballard’s characters. Written in clinically dry prose, Crash is stomach churning and hard to digest, though hauntingly amazing. The sexual affliction is written as exhaustively as a harlequin romance novel but reads like a meticulous medical textbook.

Definitely not for everyone, but worth the effort is takes to sludge through the novel. It’s such a piece of work that Cronenberg made a movie of it in the 90’s, with the same name. Starring David Spader…