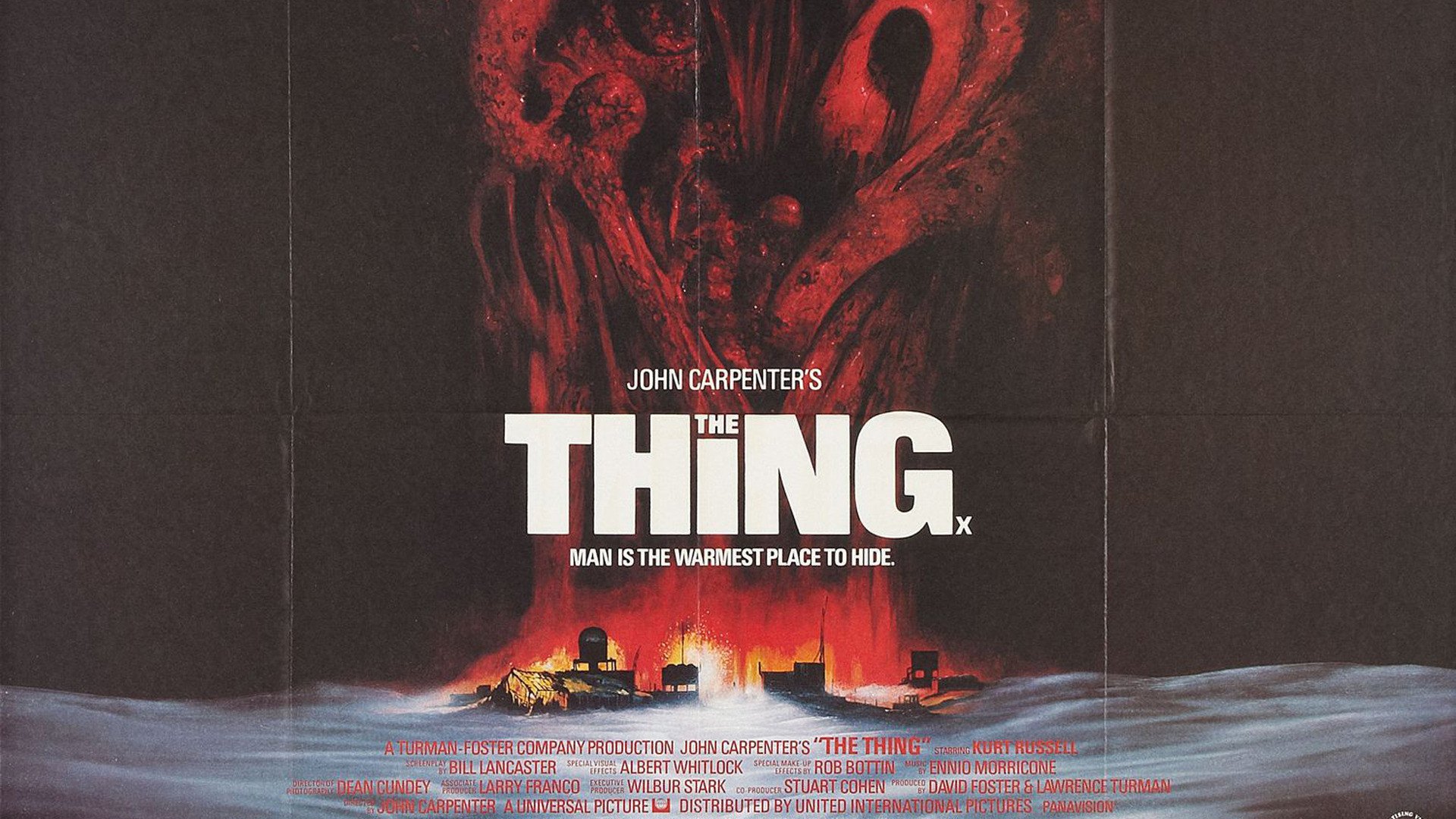 Here at Bloody Good Horror we spend much of our time talking about good movies and bad movies alike, and picking apart the things that place titles in either category. In horror specifically, there is a beautiful gradient, comprised of everything from "so bad it's good" to "just plain bad." For many movies in this grey area, the viewing experience itself - who you watch it with and how - can be as important as the movie itself. In that tradition, every first Thursday of the month we'll fondly recall one of those kinds of movies that seem made for the loud and alcohol-fueled viewing party, and give you the framework to host a screening of your very own, complete with imbibing instructions!

For the first Thirsty Thursday entry of the new year, I have decided to break the mold. As has been suggested, we usually peddle in movies that are less than perfect for these segments. The more flawed the movie is, the easier it is to make fun of it and pick drinking game rules. But as I prepared to choose a movie for this month, one movie in particular had been on my mind. The problem? It is a really good movie! That movie is John Carppenter's The Thing.

After seeing Quenton Tarantino's new film, The Hateful Eight, in the glorious 70mm Roadshow edition, I could not stop considering the parallels that it had to Carpenter's classic 1982 film. The two both feature a gaggle of men (and a woman, in The Hateful Eight's case) holed up in a remote location during a blizzard, cut off from the rest of the world in an arctic wasteland. Both films also center on the premise that somoene (or someones) are not who they say they are. They two films even share a composer in Ennio Morricone. When I started rewatching old X Files episodes to get ready for the new season and watched "Ice", a clear homage to Carpenter, the signs were more than clear.

And so, our Thirsty Thursday game this month will honor a great genre director and one of his most fabulous movies. The purpose here is not to mock or to slander, but to honor with drink. So pour yourself a nice glass of J&B - or pull right out of the bottle just like MacReady would - and strap in for The Thing.