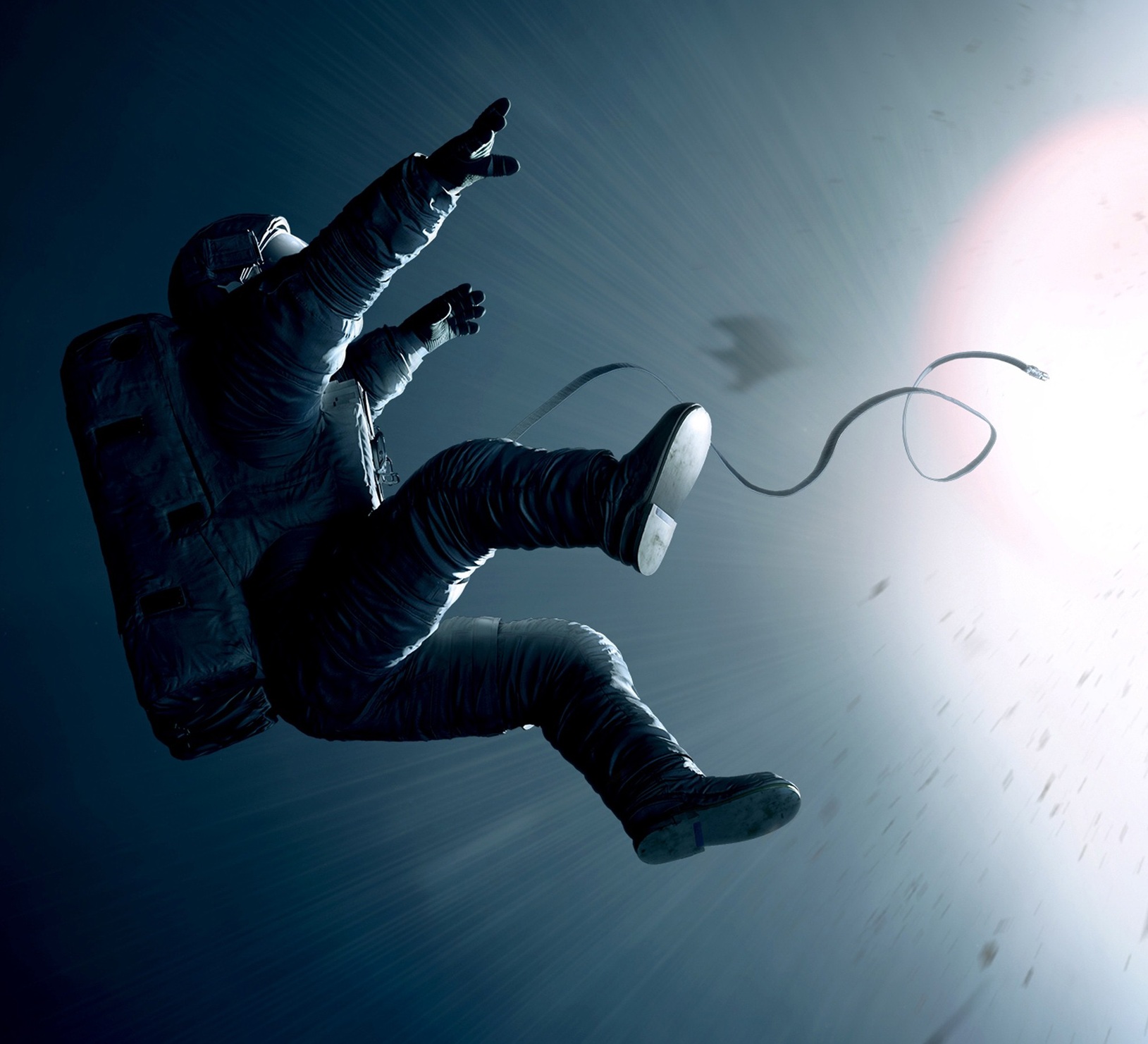 Alfonso Cuarón's "Gravity" will hit theaters this weekend and it's sure to cause mass hysteria for all those astrophobics out there. Not only is it going to scare, thrill and surely endear even more people to Sandra Bullock's life plights, but the movie has been garnering such early critical adulation that place it square in the catbird seat for Oscar contention. For a thriller with such a simple premise it's quite an interesting level of hype; though Alfonso Cuarón has always been a fascinating and accomplished director so all merit may be deserved.

Until then it's worth some of the other none-Bullock individuals who've been lost to the far reaches of space. Be warned spoilers are looming; so if you're wary on some space exploration movies avert your eyes now.

Victim: Hugo Drax (Michael Lonsdale)
Space Death: Only the second best villain named Drax, Xander Drax from "The Phantom" will always hold that honor, Hugo goes out in blaze of glory similar to many a Bond villain. At the last second Roger Moore's cuff-link puts him down, but then an open airlock takes him out. Bond takes 'em out with style once again.

Victim: Hawk Hawkins (Tommy Lee Jones)
Space Death: A sacrifice to save the rest of his crew, who all shouldn't be there in the first place, Hawk has to make the one way trip to fix a piece of their shuttle. In doing so he's left out in the empty abyss of space. Give the man credit though, he dies on the surface of the moon finally fulfilling his lifelong dream. Only Tommy Lee Jones could've pulled it off.

Victim: James Corrigan (Sharlto Copley)
Space Death: Another sacrificial lamb, this time in order to save the life of one of his compatriots. Corrigan is forced to make the choice between both he and his friend dying, or just himself. Seemingly a simple decision, it's still difficult to come to grips with as he's drifting off to the black unknown.

Victim: Captain Kaneda (Hiroyuki Sanada)
Space Death: Now for a more original take, the poor captain of Icarus II is vaporized by the rising sun as he attempts to fix a part of his dying ship (anybody sensing a sacrificial theme?). Kaneda meets the quickest and least painful death as of yet considering the immense power of the sun destroying every molecule of him.

Victim: Janessa (Melyssa Ade)
Space Death: Poor Janessa thought she was home free in a space slasher flick. Unfortunately she was wearing a far too low cut shirt to escape unscathed. Janessa is pulled screaming through the tiniest of hull breaches on the ship and reduced to a pulpy mess. She looked great in that outfit while it lasted.

Victim: Max (Ken Campbell)
Space Death: He didn't want to close his eyes or fall asleep but Max missed the mark when drilling and tried to push it too far. Granted they did land on an iron plate so that didn't help the situation much. The one comfort Max has as he floats into oblivion being that he's still secured inside his big ol' space drill. Maybe he struck it rich on Endor and became the first interstellar oil baron?

Victim: Woody Blake (Tim Robbins)
Space Death: Adrift beyond the reach of his fellow astronauts and assured death, Woody Blake removes his own helmet granting himself immediate death and his wife inner peace of watching him pass (as opposed to aimlessly drifting through nowhere). The most emotionally arresting of these selections is preceded by numerous attempts at rescuing Woody before his demise.

Victim: Queen Alien
Space Death: Blown out of an airlock by none-other than Ellen Ripley; the highest honor any Xenomorph can achieve.

Victim: Dr. Frank Poole (Gary Lockwood)
Space Death: The OG of lost in space deaths. HAL 9000 has had enough of this backstabbing crew and lets poor Dr. Poole fly literally into the fading emptiness of the great beyond. It's a mesmerizing and terrifying scene that has haunted me for years. We can only up Sandy Bullock has something like this in store for her (just kidding, we love you Sandy!).