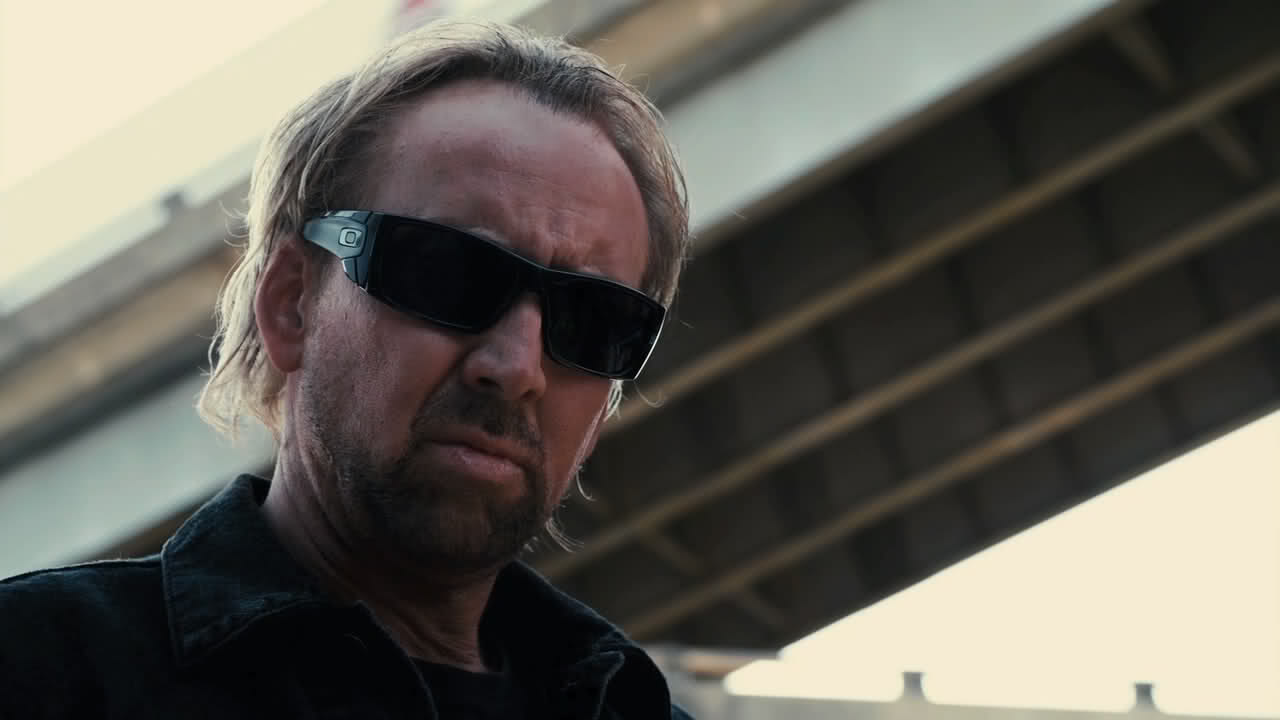 Nic Cage has had a varied career. He’ s played family men, vampires, business tycoons and more. His range carries him from one role to the next with ease. There is only one thing more varied that Cage’s roles and that is his hair.

It’s been big, it’s been slick, it’s been high and tight and more. Sometimes the hair draws more attention than the role, other times it’s a silent sidekick waiting in the wings for its time to shine. Join me today in honor this week’s release of “Drive Angry 3D” as we take a journey through the 10 Phases of Nic Cage’s Hair.

The most recent incarnation of Cage’s coif brings us the familiar greasy and combed back look. This time he’s spiced it up with a yellow die job! Nothing says tough guy like Nice’n Easy hair dye. 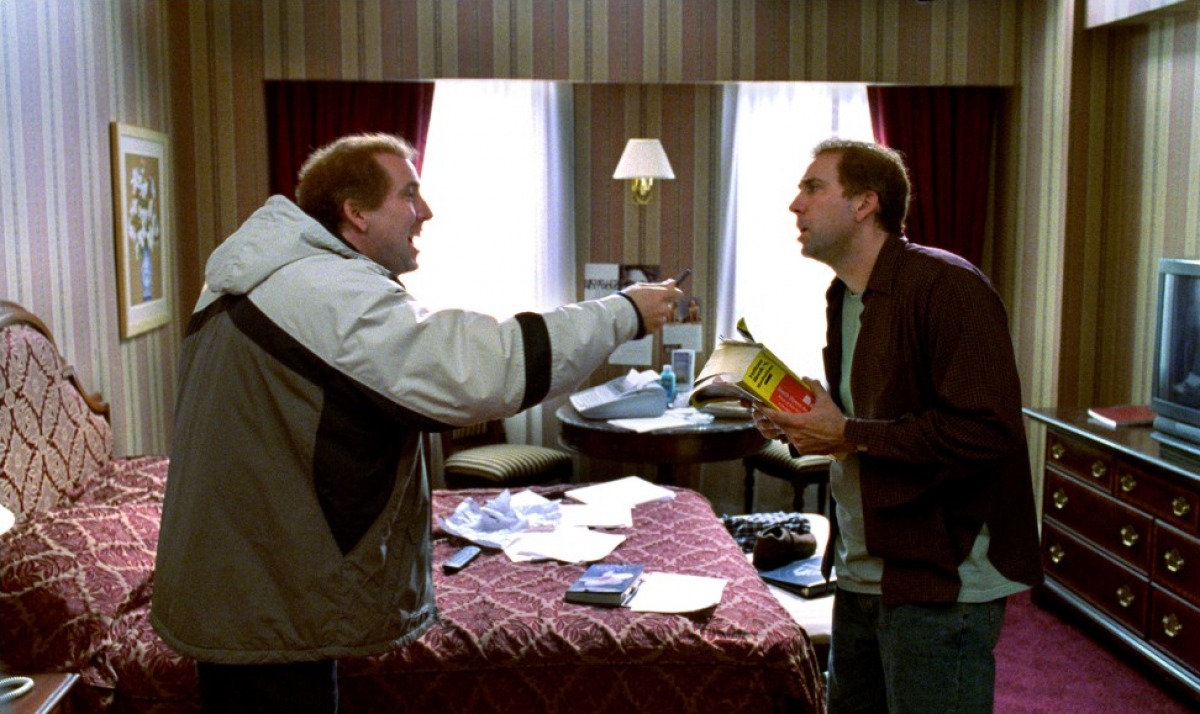 Some men are stuck with this look by default but it’s a brave man that takes on the white afro by choice. It gives Cage that needed neurotic edge that he needed for playing Charlie Kaufman. 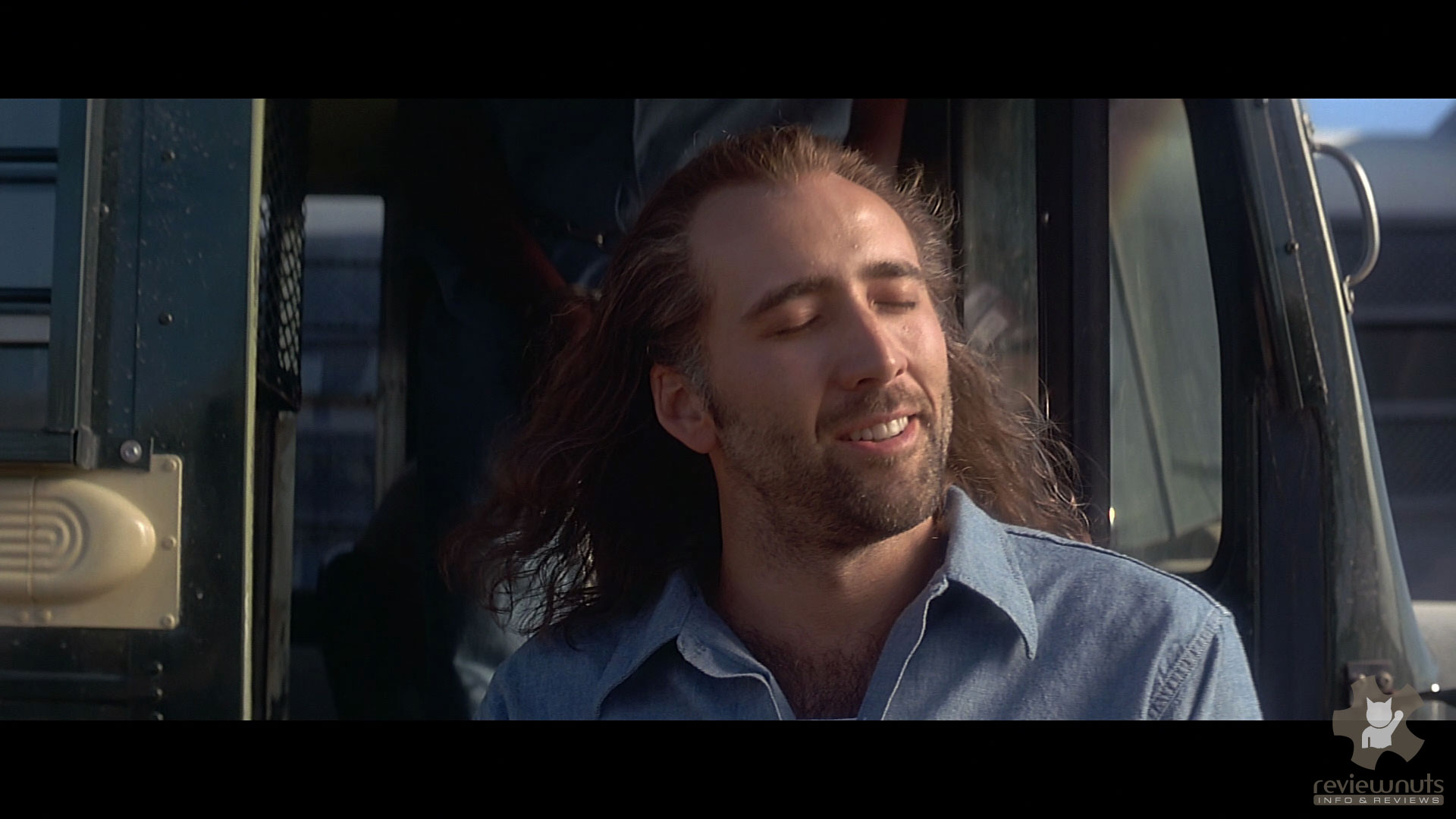 Not only was Cameron Poe a bad ass, he had that fabulous mullet! Business in the front, party in the rear, but full on bad-ass. 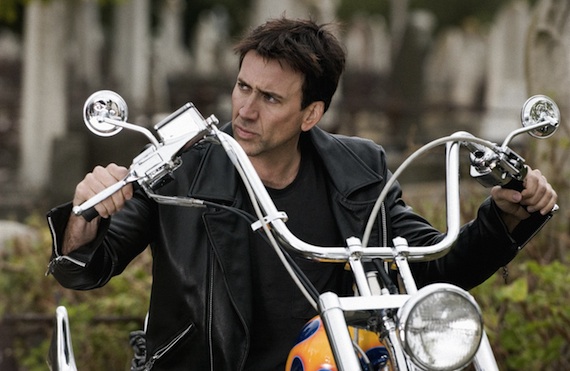 High and tight and the magical reappearance of his bangs gave Cage a youthful caste for his return from the undead. The fact that said hair sometimes bursts into flames is just a bonus. 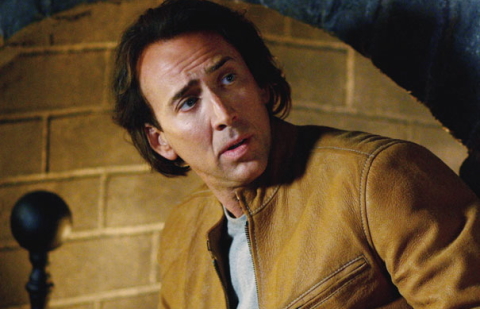 Though he we’ve seen Cage in long haired form before, never before has his ‘do taken on the shape of a living breathing animal! This rug looks like it’s about ready to take flight. 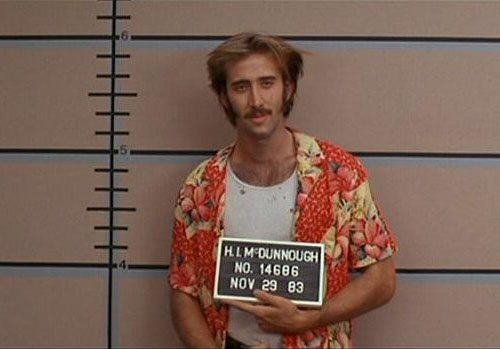 The ‘Hai’ and Tight. Cage pulls off American White Trash with easy and his wispy locks gives the change in social standing a classy air. 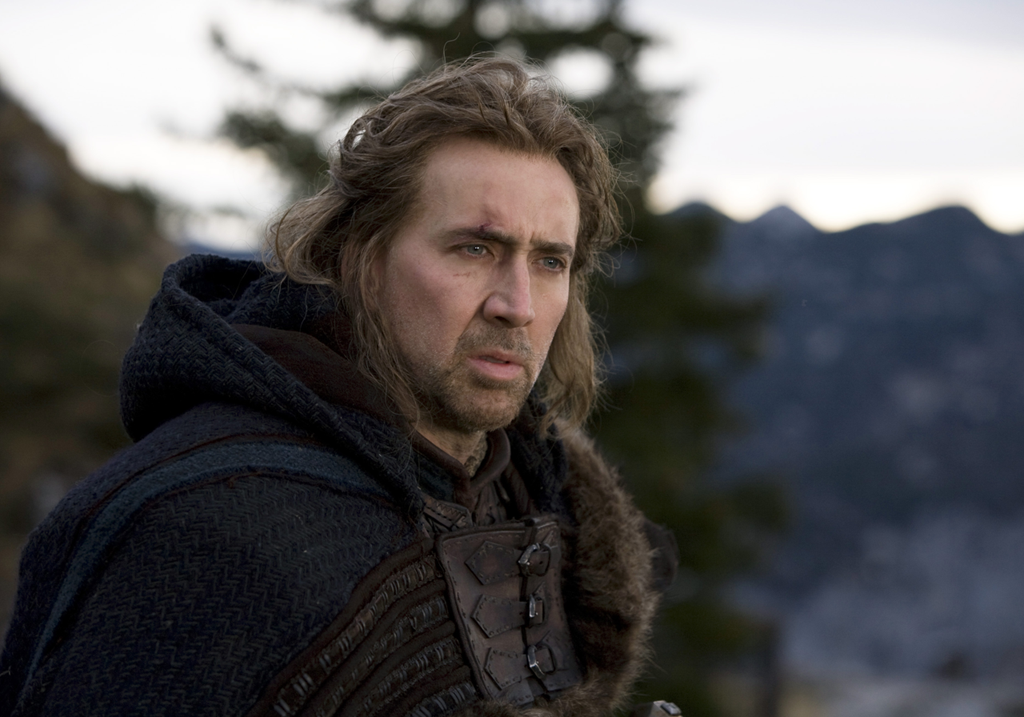 Season of the Witch

The full head of medieval hair helmet is the most hair Cage has had on his head in decades. He wears it well. I’d dare say it looks like he found a way to wash it frequently while walking across England. 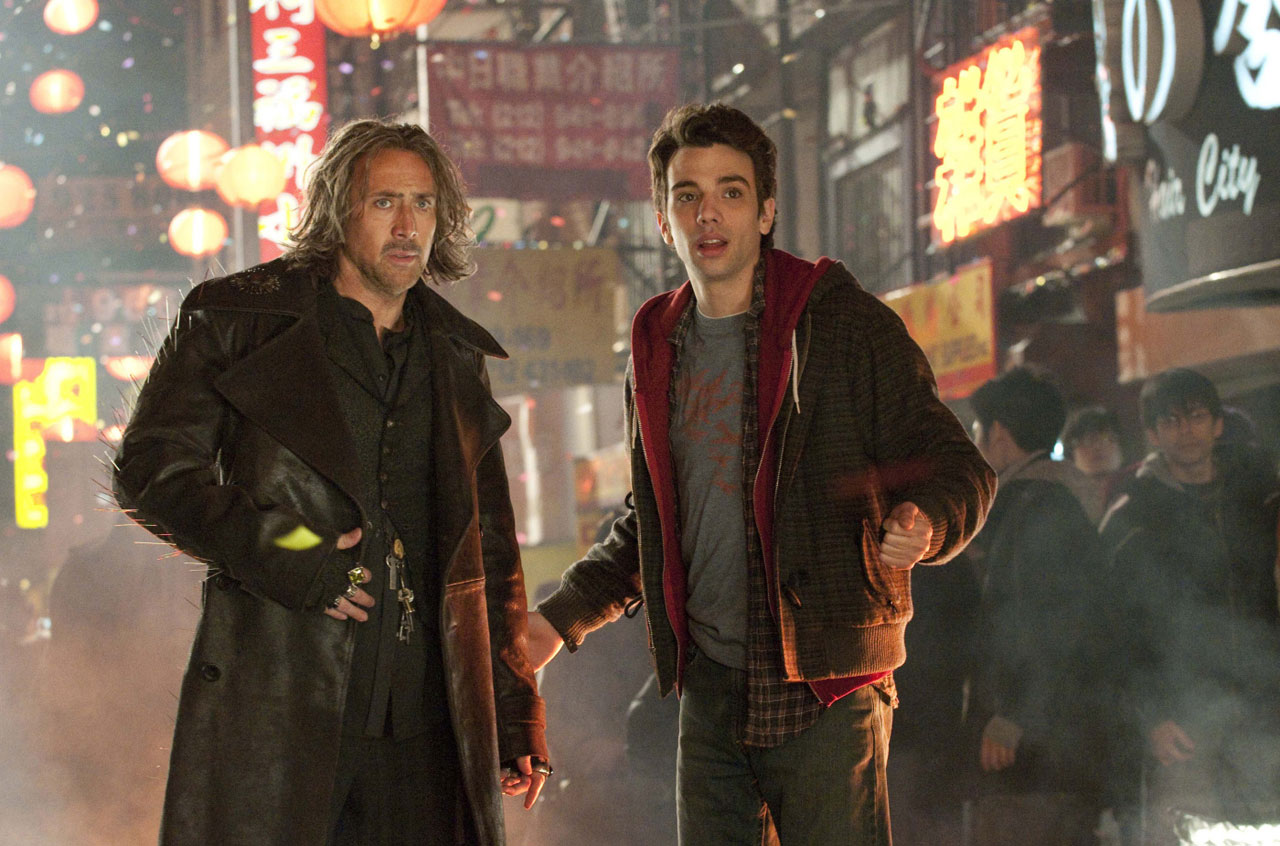 A retelling of his “Season of the Witch” long locks, this time with some added grease and a chapeau. The Urban Homeless Man. 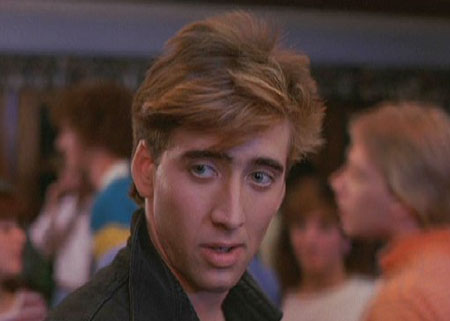 Remember when Nic Cage was a sex symbol? Deborah Foreman sure does. With Cage strutting about like a peacock with that pouf up front, it would be hard for any lady to miss out on this hunk of manhood! 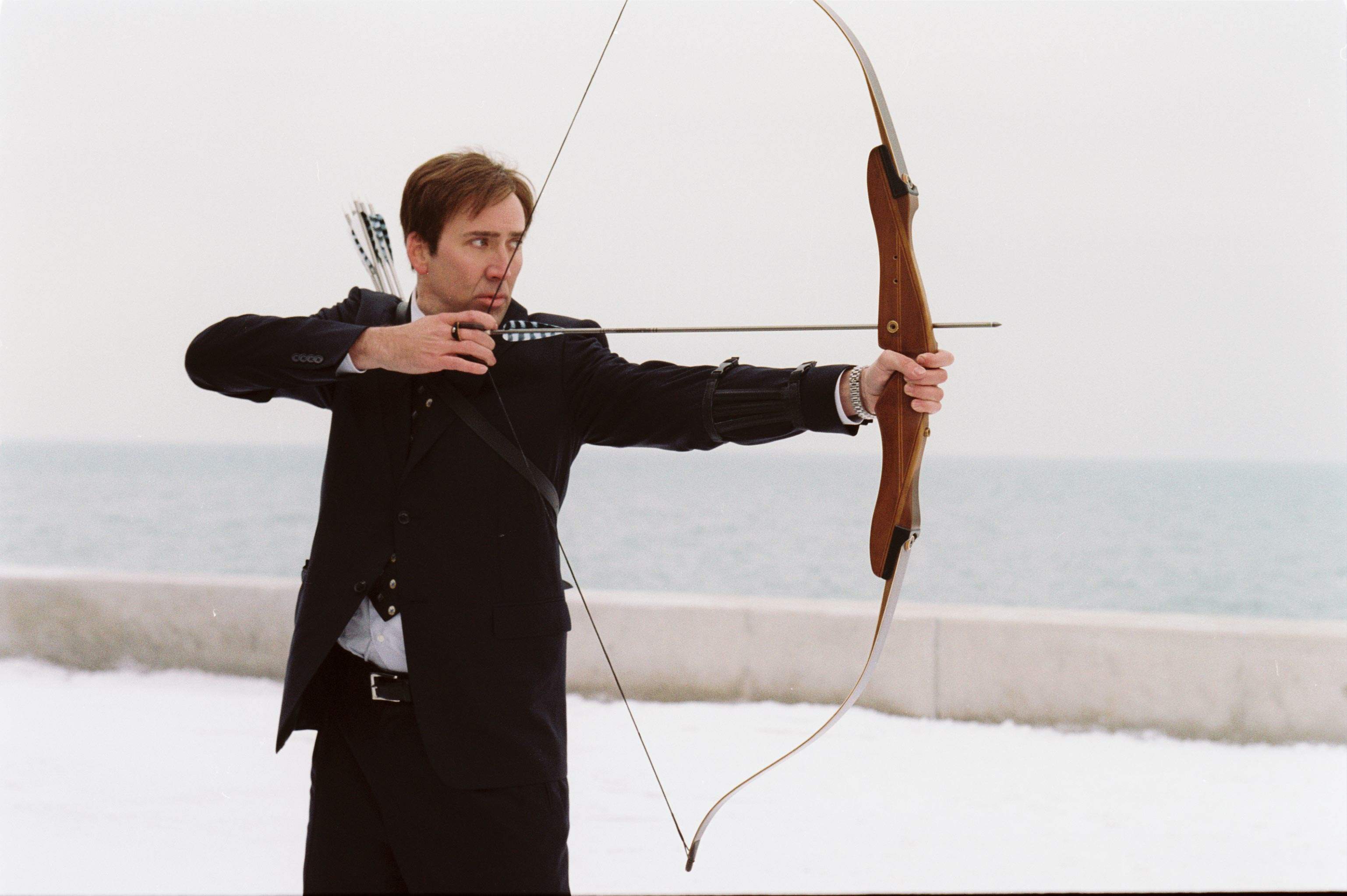 The mid-west conservative. Quite possibly the most mundane look Cage has taken on in his entire career! It’s safe and normal and a good fit for standing on front of a TV Camera and convincing people to trust you.