Romero's Next Called "Survival of the Dead" 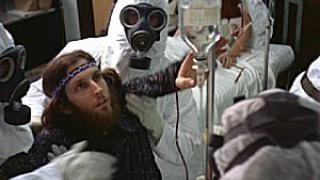 Everyone disagrees with Eric on "The Crazies", but at least we all loved "Star Trek". That counts for something, right?

BTS Video from "The Crazies" Remake

Some nice images from the French zombie film "Mutants" I told you guys about last week. Still looking forward to this one, even though the small amount of buzz it's hard so far has not been great.

Another day, three more "Friday the 13th" Special Edition DVD's with horrible covers. And as someone who checked out all three that came out before, the new "special features" aren't all that special either. The one shining light here is if you're a fan of commentaries, because all three films (4-6) come with commentaries for the first time.

I'm not sure that this means anything, but it's wacky so here it goes. A Japanese Tim Burton fansite seems to have gotten its hands on a WB release schedule, and claims that they have "Dark Shadows", Burton's remake of the classic vampire soap, slated for a 2010 release in Japan. That's all the info available, and I linked to the Japanese site just for the fun of it so it's probably not worth clicking on it, unless of course you're really curious as to what a Japanese Tim Burton fansite looks like. Let's face it, who isn't.

George Romero's going to write Zombie novels now, apparently. Me, I'm still waiting for time to wash away the sour aftertaste left in my mouth from "Diary of the Dead", aka the worst student film I've ever seen. The man may have made some of the greatest horror films of all time, but that doesn't mean he's infallible, people.

It looks like we've finally found where the studios draw the line on Sarah Michelle Gellar-starring Asian horror remakes. Her latest, "Possession", is going straight to DVD. You can check that out on May 12th, if that's your kind of thing.

Looks like we spoke too soon on that "Reanimator" remake. Stuart Gordon was so distraught when he heard the news that he called up his long time friend (and purported remake producer) Brian Yuzna to see what was going on. It seems that Yuzna had no idea, and so all of this may be one big crazy misunderstanding. That "Reanimator" TV series though? Still happening. Nothing we can do about that one I guess.

Clive Barker would love to make a "Midnight Meat Train" trilogy, even though he's well aware that it probably won't happen. Lots of other info on his career and upcoming projects at the link.

Even though he was given an "Executive Producer" credit, George Romero has nothing to do with the "Crazies" remake currently filming. He does say though that he recently had a chance to read the script, and that it "has a decent shot of being a good movie". 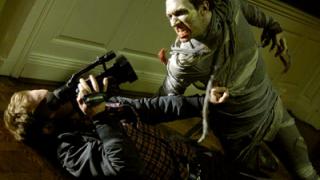 Diary of the Dead makes us throw up in our mouths a little. 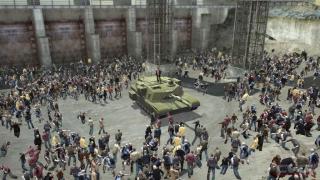