With talks of "Scream IV" and the release of the all new "Nightmare on Elm Street", Wes Craven is on a lot of people's minds. The latest rumors say that there is a remake in the works for Craven's "Deadly Friend". Though still in the preliminary stages, the word is that Warner Brothers will be shooting for 3D on the film as well.

Hollywood carries on the status quo as there is even more remake news about. The next horror oldie on deck? George Romero's semi-realistic vampire tale, "Martin". Lending a small bit of legitimacy to the rumor, the film is said to be produced by original Romero backer Richard P. Rubinstein.

Horror author John Skipp plans to step into the directors chair as he announces plans for his first film, a 3D horror comedy entitled "Rose".

Stephen King has another project in the works with his hetero life partner; director Mick Garris, afour hour mini-series event of King's "Bag of Bones".

Adam McKay spills the beans on an upcoming project titled "Hansel and Gretel: Witch Hunters", produced by McKay and directed by "Dead Snow" helmer Tommy Wirkola. Set 15 years after the pairs escape from the wicked witch, McKay promises that the movie will be a Sam Raimi style shocker with steam punk elements. Most frightening of all; they've already offered roles to many members of the "Twilight" cast.

While not yet attached to any project that we know of, this Rick Baker take on Popeye will blow your mind.

Elizabeth Banks is in talks to star opposite Bradley Cooper in the upcoming sci-fi thriller "Dark Fields".

If you're a big Sookie Stackhouse fan prepare to be excited. Bluewater Productions will be creating a Charlaine Harris comic in their "Female Force" line.

Not content with turning viewers stomachs with his big screen take on "I Am Legend", Will Smith will be re-entering the genre with a remake of Alfred Hitchcock's "Suspicion".

Because showing up on every single '50 Horror Movies for $10' box set isn't enough, George Romero's now public domain "Night of the Living Dead" is now available to you in an iPhone app.

Generally speaking, a poster for an upcoming big-budget Hollywood remake isn't much of a news item. However, the latest "Clash of the Titans" poster is seriously badass, and worthy of your attention. Medusa would be proud.

British zombie fans, rejoice! Apparently, George A. Romero's upcoming "Survival of the Dead" will infect Region 2 DVD players on March 15th, 2010. Stateside fanatics, I'm afraid, may have a while to wait.

If, for some strange reason, Oren Peli's "Paranormal Activity" left you wanting more, be sure to check out the new digital comic book available exclusively on iTunes. Remember: That's boredom you're experiencing, not demonic possession.

Those jonesing for another installment of the new "Friday the 13th" franchise aren't going to be happy, as the sequel to Marcus Nispel's dodgy remake has been moved to an undetermined date. Given the film's lukewarm reception, I'm honestly not surprised. 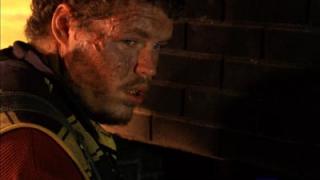 If "Survival of the Dead" goes well, George Romero plans to make more sequels. At this point, "beating a dead horse" doesn't even apply anymore.

Early concept art for "Night of the Living Dead: Origins", the so-called "3D American Anime" remake of the Romero classic. Although, someone a lot nerdier than me is going to have to explain to you what the hell that means. 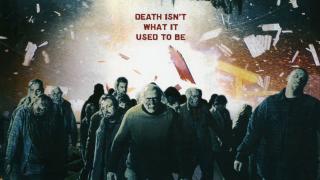 George A. Romero's "Survival of the Dead" Trailer